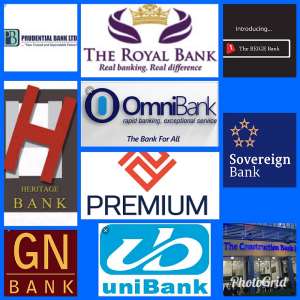 The current collapse of some five banks in Ghana continues to add to the worsening experiences in the financial sector. This phenomenon is compounding the troubling situation customers go through in accessing bank services. The financial sector has a lot of risk especially default risk that occurs as a result of NPLs. Non-performing Loans have been a cause for these collapses. In the 2016 Ghana Banking Survey report, high Non-performing Loans were recorded by majority of the banks. The regulators in the sector have been swift to seek a redress of the problems but this action has been delayed. There seems to be lack of supervision and regulatory framework in the sector. The supervisory roles of the monitoring and evaluation unit of the Central Bank have been relaxed. The performance of the banks through such surveys should be used by the regulator to take proactive measures to curb such failures.

Non-performing Loans have been the biggest challenge for banks to address in their financial intermediary functions. The banks have huge default risks that cause liquidity issues which erode their capital for smooth running. These defaults occur as a result of borrowers failing to comply with credit terms and contracts. Most of the loaned funds are not usually returned within scheduled terms and times of repayment. The use of contractual monetary policies by the previous government which allowed for contractors to single-handedly source their funding for projects can be blame for this mess. Most of these contractors only rely on bank finance for executing their projects. The inability of these contractors to repay the loaned funds cause huge NPLs. The new regulatory requirement for banks to have an increased minimum capital is a remedy for this impasse. Other innovative ways of addressing this challenge should be sought and used by the Central Bank to curb future occurrences of bank collapses. Banks should be compelled to give loans within a certain threshold beyond which they must be prohibited.

Corporate governance, which is a leadership, ownership and control issue is a central element of the problems of the banks at this time. The findings of KPMG about Unibank revealed failures or flaws in the decisions of the board. The board breached procedures and rules in awarding credits to depositors and the board members. The board awarded huge sums of money to its members without following approved procedures for such ends. Some of these loans were not recorded and as such do not sit in the accounts of the banks. Corporate governance failures have huge consequence on the general performance of these institution.

The governance issues have not been decently followed by the CEOs and board members of the affected banks. It is good news to learn that the Governor has outlined procedures to address governance issues for the corporations they manage. The central bank needs to ensure that these rules or procedures are followed strictly and adhere to by the banks and other financial institutions. The auditors of the operations of banks should at all times provide revealing information about the real activities of the banks. These audit institutions must be used extensively to the end.

The issue of non-compliance indicates that the board, managing directors and CEOs have been negligent in executing their duties. Negligence of duty should be a punishable offence. These persons are supposed to be seeking the welfare of their shareholders and therefore needs to exercise and show levels of quality decisions and acting to maximise the returns on the value of the shareholders.

To prevent these fiascos in the future, the BoG’s rules for corporate governance must be followed to the finished line. There must be supervisory bodies for ensuring that the banks adhere to these rules and regulations. KPMG and other auditing firms must examine the activities of these banks from time to time. There should be measures put in place to solve issues of Non-performing Loans. NPLs are a canker for banks and the BoG to deal with.