The Cure Of Cancer With Sodium Bicarbonate – Part One 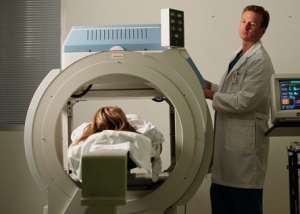 Each year thousands of people are diagnosed with cancer. Cancer and other diseases can simply be cured with Sodium Bicarbonate, commonly known as Baking Soda!

Conspiracy theories that cancer therapies and vaccinations against flu -viruses are only possible with pharmaceutical drugs are scientific and pharmaceutical fairy tales, produced by criminal scientists who should have known better. These scientists are the same as those who produced HIV and Ebola as bio-weapons to depopulate Africa.

However, information leakage from within Western pharmaceutical, scientific establishments and the behavior of these capitalist powers, fuel the conspiracy theories that are difficult to ignore. The fight to bring those behind the Aids and Ebola medical crimes in Africa, such as Belgium, Holland, Russia, America, Germany, France, The Rockefeller Foundation, World Health Organization and Centers for Diseases Control, to face justice at the International Court of Justice in The Hague, has been a slow process and futile attempt, because those powers behind the crimes, think they are above the law to be prosecuted, while the international media continue to support and protect them.

Almost all the mainstream media, including CNN, Fox News and BBC, have failed Africa, to bring those criminals to justice. Africa stands alone, healing its wounds from the brutality of Apartheid, slavery, medical crimes and colonial mental scars. In regards to those medical crimes, Africa expects the media to give them support and bring the perpetrators to justice, but perpetrators are enjoying life with impunity.

Applications.
The substance is used inter alia as a leavening agent (baking powder for biscuits, crackers, and bread), acidity regulator, stabilizer and in the medical community as a remedy for excess stomach acid. The operation as a leavening agent is based on the fact that, when heated (over 50 degrees Celsius), carbon dioxide (CO2) is released. This gives the carbon dioxide gas rising effect. Carbon dioxide is also released when an acid is present (at least 20 degrees Celsius).

Months after the research and investigation, regarding sodium bicarbonate, I realized it is absolutely clear to cure cancer with it. Because holistic doctors were accused of deception or called Charlatans, I feel obliged to emphasize a few things. Salt heals stomach cancer, although scientists, doctors, and pharmacists don't wouldn't like people to believe that. That approach is necessary, because the criminal pharmacists, scientific and medical establishments, are all being paid by the pharmaceutical industry.

How do they behave?
They will first write and accuse you of anything and everything because it is not orthodox. Then the pharmaceutical industry adopts a method of cure! After an intensive investigation, if you return to give slaps or challenge them, they hide behind their long training. They know the truth, but they don't practice it, because of corruption.

Is the pharmaceutical industry stupid?
The essence of a doctor is to cure in his profession. Curing means that someone recovers fully from his illness and then resists prophylactic measures. A doctor learns not to cure? As a scientist heals, normally you learn by dividing age group of sick people and compare them with the healthy people of the same age group.

Meanwhile, the differences between man and woman, adults and children, will not be discussed and developing new medicines in animals is compared with human beings. How bad can that be nowadays? Because we know that medicines work differently in woman and man? Again, how stupid can one be, to compare medicines developed in animal experiments with the appliance in bio-genetic human beings?

In humans, it is important to study: The way of life, stress, the medication history and to make a comparison on the entire diet of both groups. An eight-year program in which one never penetrates to the essence of the action is completely useless! Another point is intelligence. In regards to medical study, we need highly intelligent people with the necessary strength and perseverance.

This is different from wisdom. Studying the way pharmaceutical and medical establishments behave, you will only conclude that: 'Smartness is a form of stupidity'. Making people ill by creating dangerous drugs and diseases, because of money is insane.

'Guilty'.
It is a crime to impose a non-propagated line of research by the pharmaceutical industry. There are doctors that don't agree with their corrupt ways, but to avoid being penniless, they are quickly thrown out or killed. An example is Dr. Jeff Bradstreet. He was murdered for opposing autism-vaccine he considered dangerous, but the media reported of taking his own life. The pharmaceutical company has maintained a reputation to exterminate anyone that will cause them financial loss.

Ninety percent of physicians and specialists are somehow addicted to alcohol, drug or both. Like puppets on a string, they carrying on with their duties, while many people die every day. They find it hard to change anything because the direction comes from above and if they deviate from the daily imposed pattern, they face instant dismissal. Doctors are captives of the system imposed on them. We shouldn't blame them.

Be healthy instead of falling sick
If there is no cure, there is no money from you. But be aware that as patients in hospitals, or visiting specialist and pharmacist, the pills industry must live! Therefore, they are not interested in your healing. Count it out here! Twenty-eight million people in Belgium and The Netherlands, may go to the doctor once, but the pharmacist and the hospital make huge profits, and worldwide it's a billion industry because money is generated from sickness and diseases tormenting people.

You may be well today, then suddenly fall sick the next day without any reason. Sometimes your sickness may never be diagnosed. If it suits them to vaccinate you against the unnecessary fear of the pandemic they like to do that compulsory. Worldwide, approximately 10.000 people died from influenza and nobody can prove that they have died by that particular 'swine-, Mexican, Chinese or other flu' propagated by all the 'flu commissioners' in the world. We are daily being cheated by the medical establishments, which only dance to the tune of fame, power, and money.

Lecture Of Dr. Tullio Simoncini.
Independent medical researchers should have an apology published after a re-examination of the work and study by Dr. Tullio Simoncini and in-depth study by Mark Sircus, which eventually culminated in the publication of his book “Sodium Bicarbonate - Rich Man's Poor Man's Cancer Treatment,” which are both clear choices cure for cancer. Physician, Dr. Simoncini, used intravenous drips and Dr. Sircus did it orally by drinking two to three cups of water with sodium bicarbonate solution per day. Also,it had been proved that bathing in sodium bicarbonate cures skin cancer without any danger.

Doctors hide behind the ionic theory they have learned but also it shows that they are wrong because they have not figured out this theory in detail. If an ion of bicarbonate is combined with an acid, it behaves as a base but if this ion is confronted with a high pH, then it behaves as an acid.

The question is: Why doctors against people who can cure cancer with Sodium Bicarbonate?. 'When I heard of this theory in 2003, I carried out experiments and did tests with baking soda and the result was satisfactory. I didn't understand why a plurality of physicians harassed me about the cured with sodium bicarbonate, and called me a volksverlakker, after tens of thousands of patients have been cured by this simple stomach salt.

Maybe those people need to go once on a real refresher course. One not chaired by the order of doctors, university or pharmacy! There is more and I really hope that everyone will read the research."

The mass media and of course, the established medical science are quiet and still. As a doctor, it is important and also as a family member of a cancer patient, you should be familiar with the REAL cancer drug sodium bicarbonate or sodium bicarbonate. Even kidney patients and diabetics can be cured with this.

"The results of the study show that cancer cells indeed flourish in an acidic environment. As a result, we can see that normal cells are cancer cells, and cancer tissue is formed." For all those who have followed closely, this is no secret. But until now no doctor wants to recommend or apply it, despite that taking bicarbonate orally, or bathing with magnesium and bicarbonate can cure cancer.