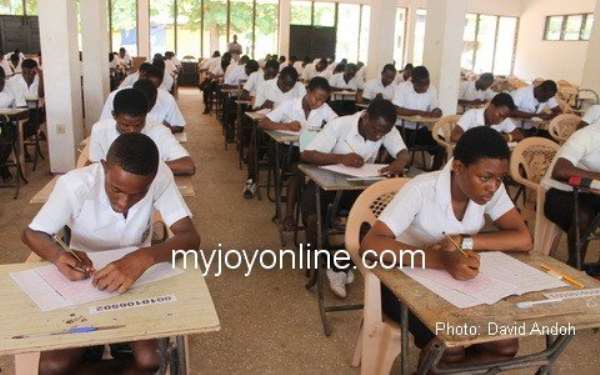 The spokesperson for the Ministry, Vincent Asafuah, said Tuesday the investigation will seek to find out why the 2018 results for Mathematics and English Language were poor compared last year's.

“But off the top of my head, I know there are a number of reasons that can trigger this: it can be a lack of interest on the part of the students as far as Mathematics or English [Language] is concerned.

“It can also be the fact that there is a lack of commitment from teachers to make sure that we are able to increase the number of students who are able to pass Mathematics or English [Language],” he told the host of Joy FM’s Super Morning Show, Daniel Dadzie .

The 2018 WASSCE results have been described by some as poor following revelations over 190,000 Senior High School (SHS) graduates will not make it to the university because they flunked English Language and Core Mathematics in the final exams.

Although Mr Asafuah admits the percentage of students who passed Core Mathematics and English Language are lower compared to last years, there is a perfectly justifiable reason. In the 2017 WASSCE results, 54.06% of candidates passed the English Language (i.e. obtained A1 to C6), while 42.73% obtained between A1 to C6 in Core Mathemathematics.

Click here to access the 2017 WASSCE results
“If you go into details and get the nominal figures, you would see an increment in the numbers as far as Core Mathematics and English Language is concerned. It is only the percentage that you could see a shortfall. That notwithstanding, I think there is more room for improvement,” he said.

He said although, for the third core subject, Integrated Science, and the other subjects the pass percentages were relatively better than last year's, the GES is committed to ensuring more students pass in the over 2019 WASSCE results.