Why The Local Banks In Ghana Are Collapsing 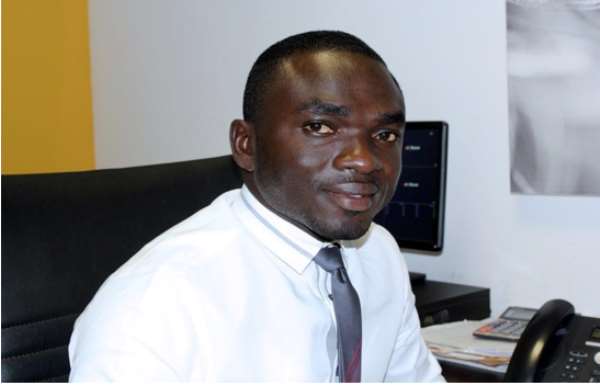 Introduction
It is sad to see the efforts of individuals of local descent being washed away as a result of the failure of some board of directors; the body charged with the oversight responsibility over the activities of entities under their control. It is expected that the Board will act with the appropriate due care and diligence and to ensure that it has appropriate governance structure in place.

The collapse of indigenous banks has become a set back to the effort of promoting indigenous Ghanaians to take control of our economy by building strong local institutions The history of bank failure in Ghana is dominated predominantly with locals Banks with some evidence dating as far back as 2000 when the Bank for Housing and Construction went down.

It is anticipated that some 6 more could go down if immediate remedial measures are not put in place ASAP. Deposit taking financial institutions managed by locals i.e. DKM, God is love and others have also added to the crisis in the financial sector and this is raising serious concerns about the ability of local individuals to manage indigenous banks.

In this paper, I try to provide some factors that could be the reasons for the abysmal performance of local banks Ghana. The factors identified are CORPORATE GOVERNANCE, CAPACITY, RISK and Capital levels. From regulatory point of view, the issues could be the size of capital levels and under. Undercapitalization of some banks and the quality of Asset (Risk Assets) is also one contributing factors to the collapse of local banks in Ghana.

The Factors Causing the Collapse of Local Banks

CORPORATE GOVERNANCE
Corporate governance describes “the framework of rules, relationships, systems and processes within and by which authority is exercised and controlled within corporations. It encompasses the mechanisms by which banks, and those in control, are held to account.” Good corporate governance promotes the going concern ability and confidence of corporations. This is crucial to the ability of the bank to grow, It is however very unfortunate that all the banks that have collapsed or are going through serious challenges are as a result of their non-compliance to the fundamental principles of Corporate Governance culminating into a breakdown of the control environment.

RISK
Several risk factors account for bank failure and all the collapsed local banks are not exempted. Some of these are Credit Risk, Operational risk, Market risk, Liquidity risk. The most predominant among them all is Credit risk which is bringing most local banks on their knees as a result of failure to follow due processes in credit delivery, inadequate monitoring mechanism in place coupled with self-seeking interest staff and inexperience credit officers. Some emphasis can be given to loan classification, high impairment account and window dressing of accounts as also a major risk that halts the going concern of the bank.

Credit risk & Capability
Credit risk is defined as the possibility that a bank borrower or counterparty will fail to meet its obligations in accordance with agreed terms. Credit risk is most likely caused by loans, acceptances, interbank transactions, trade financing, foreign exchange transactions, financial futures, swaps, bonds, equities, options, and in the extension of commitments and guarantees, and the settlement of transactions. In simple words, if person A borrows from a bank and is not able to repay the loan because of inadequate income, loss in business, death, unwillingness or any other reasons, the bank faces credit risk.

It is alleged that there is so much connivance, condoning of staff of banks especially the local banks and customers to pick loans and not pay back so some agreed percentage is given out to the said staff (BANK CARTEL) and this is the new trend in banking.

The Regulator
The Central bank of Ghana like all other central banks is the regulator of the Banking system in Ghana and it’s solely responsible for ensuring that the credibility, confidentiality, Confidence and integrity of the Banking sector is protected. They are supposed to safeguard the confidence of depositors by instituting measures which will boost depositor confidence and facilitate financial inclusion and intermediation. They are also expected to regulate, supervise and direct the banking and credit system and ensure the smooth operation of the banking sector. The Central bank is faced with a daunting challenge.

The Regulator must address solvency in the banking sector by ensuring strict adherence to Asset Quality Review. On April 30, 2018, the Bank of Ghana (BoG) published a report titled: “Restoring Confidence and Building a Resilient Banking System for Ghana” and cited solvency as one of the reasons for the capital of GH¢400 million. BoG stated that the solvency of most banks was threatened by poor asset quality, leading to significant impairments of capital. Results of an Asset Quality Review (AQR) of the banking industry showed that as of April 2017, some banks had impaired capital leading to capital erosion below the required regulatory levels. Consequently, such banks lacked sufficient capital to support the risks inherent in their asset base, and had no capital buffers to withstand further losses that could arise from external shocks.

Based on the above two reasons, I recommend that Bank of Ghana increase the prudential minimum provision coverage for non-performing loans (NPLs) or ensure strict compliance to the already existing. Some would say that the increase in coverage ratio will mean that banks will have less capital to work with and lend out to support economic activity but it would also mitigate the risk of insolvency of banks in Ghana which is stagnating the economic growth of our country.

Non-Performing Loans. (NPLs)
One of the key contributors to the collapse of local banks in Ghana is High stocks of Non Performing Loans.it is critical and very important to mention because all the collapsed banks and those that are at the verge of collapse have huge NPLs on the balance sheet and the earlier the Central Bank tightens its regulations on NPLs the better to save the few existing Local banks.

NPLs affect bank performance through two main channels. First, NPLs generate less income for a bank than performing loans and thus reduce the bank’s profitability, and may cause losses that reduce its capital. In the most severe cases, these effects can jeopardize the viability of a bank, with potential implications for financial stability.

Second, NPLs tie up significant amounts of a bank's resources, both human and financial. This reduces the bank's capacity to lend, including to small and medium-sized enterprises (SMEs). SMEs are particularly affected by the reduced credit supply, as they rely on bank lending to a much greater extent than larger companies, thereby affecting economic growth and job creation. Bank lending become often overly expensive and bank lending volumes to SMEs get severely affected by high NPLs. This impedes the development and growth of SMEs. Ultimately high NPL banks are less able to finance the real economy than sounder banks, which has a detrimental impact on economic growth and the wider public interest.

Conclusion
It is important that the Central Bank ensures strict adherence and compliance to its regulatory requirements and apply the same lens in reviewing all reports (BSDs).We need to protect our local banks but we need to do it in a professional and equitable way for future economic benefits to our country.

©Jerry.J.AFOLABI is a financial & Economic expert who believes that ordinary people can do extraordinary things when given opportunity. He is a Change Maker who believes that Ghana will become a developed nation. He has the ability of easily getting people to get things done for the good of humanity.Email;[email protected]/0541238987