A Pastor Or A Parasite? 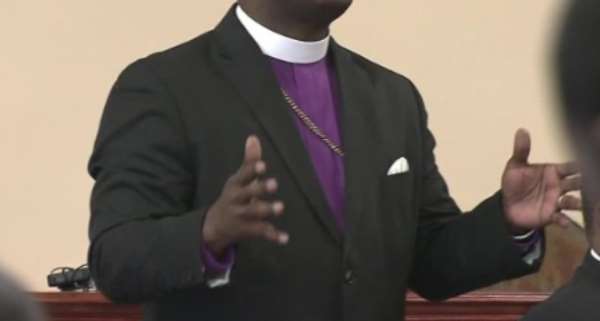 Why must I pay if I want to see a man of God? Why should he charge me for consultation? Is the man of God not rather feeding on the sheep rather than feeding the sheep as Jesus demanded that Peter and for that matter any pastor should? Most pastors have forgotten the very demand of their calling and have turn to be neosporal caninum that will not leave the dog until it gets its fill. Most of you contemporary pastors have managed to make your congregants poor and enriching yourselves. You have because of becoming rich taught your followers what never existed. You to a large extent prophesied in the lives of some members of your church even when you sincerely knew there wasn’t a need for that prophecy and the prophecy was a calculated one. Most of you pastors have turn to be shrines where God’s faithful have to pay huge sums of money before seeing you to even lay bare their worries. Why and how come a supposed man of God now charges people who want to see him? Why do you not build a hospital instead where you can sit in your consulting room and charge any amount? You have really missed the mark if you think that you can enrich yourselves by becoming a pastor. Go back to scripture to read Jerimiah 3: 15 and 23:4 to get the meaning of being a pastor.

I will give you shepherds after my own heart” (Jer. 3:15). In these words from the prophet Jeremiah, God promises his people that he will never leave them without shepherds to gather them and guide them. The book again states “I will set shepherds over them who will care for them, and they shall fear no more, nor be dismayed”, (Jer. 23:4).

The pastor in the light of New Evangelization has not only to fish for men and women but to bring them alive ashore and take care of them. He then plays the role of a leader in this regard. The pastor as a leader is called to be disciplined in order to achieve the shared goal which is the salvation of our souls. Discipline is what the man of God must have to resist the lure of enrichment and excuses.

A pastor is called to lead God’s faithful to achieve a shared purpose which then calls on him to master the role of a leader, (a spiritual leader for that matter). A leader is one who knows the way, goes the way and shows the way, (Newman, 1997). The pastor as a leader should know where he is going in order to lead congregants there. In fact many pastors these days do not know where they are heading towards. The New Testament calls on the pastor, the leader of Christ’s faithful to take care of his flock. This implies feeding the lambs, tending the sheep, and feeding Christ’s sheep (John 21:15-17). By feeding the sheep, you must let your flock get weight. Let your congregants get a price. The congregants call on the pastor to be close to them. They want to feel the presence of their leader.

In the Old Testament, particularly, in the book of Exodus, Moses journeys with the Israelites out of Egypt to their promised land. Joshua also becomes an example of a leader for the pastor to follow. Joshua led the Israelite to take possession of what had been promised to them. It’s a commanding duty on the pastor to lead congregants enter the promised paradise.

Congregants call on their pastors to be prayerful: most of you pastors fake prayers. You only portray to your member as being prayerful but you are really not. Again the members want to see their pastor around them and have easy access to them; thus their pastors should be approachable. They want your presence for it brings Christ back to those who have lost him. The pastor has to bring God back to us and us to God. Your very presence brings grace and benediction, for grace flows through you, and it descends on us, in torrents out of your ministerial exercise. We ask our leader to teach us how to love. For where love is, God is. And where God is, there is peace, order, happiness, all the things we desire so. And want so. And we have been created for (De Hueck, pps.8-24).

There is a lot of burden on the pastor per the demand of the faithful. It is clear that the congregants have to collaborate therefore with him, in his shepherding of souls. As part of the contribution on the part of congregants, they are to be like the lost sheep that cried out for the owner to locate it. Apart from that church members are to make their skills available for both the spiritual and physical growth of the church. In fact, the pastor should not try to lord his office on the congregants and neither the congregants in their own corner do same. It must be noted that salvation is a hand in hand affair.

The pastor is no other leader but a leader of souls of which he is of no exemption. The pastor should bear in mind that all the souls he is leading get to the shared destination. The pastor should not be left out in this mission of salvation. He should stand outside himself to lead and instruct his own soul to enter the Promised Land. He is to be the first recipient of salvation. It must be noted that passengers shouldn’t get to their destination without their driver. It is also true in the case that both the driver and the passengers can lose focus of their destination. For John Haggai, “leadership is a discipline of deliberately exerting special influence within a group to move it towards goals of beneficial permanence that fulfill the group’s real needs” (Newman, p.7). Congregants’ real need is to achieve blissfulness in heaven. Their leader (who in this case is the pastor) is to move congregants toward this goal which is beneficial. He is called to guide and develop the activities of congregants and seeks to provide an ongoing formation using scripture and traditions to train and direct them to achieve the set aim of Christ. (Newman, 1997)

It is true for mother Teresa of Calcutta to have said “the way to heaven is heaven”. The pastor, has as a duty to lead congregants to heaven by the use of the principles of heaven which has been captured in the words “love for God and neighbor” as captured in John’s gospel. To safeguard their safety, there is the need for collaboration on both parties. There should be a collaboration on the part of congregants to help their pastors, to help fulfill their shared aim, (which is the salvation of their souls). In this case congregants are called to be followers. Followers in the sense that they are to follow the teachings of Christ which their pastors makes bear for their consumption under the inspiration of the Holy Spirit.

It must be noted that the pastor is called to make disciples and shepherd them. The instruction, “Go therefore and make disciples of all nations” (Matthew. 28:19) implies that per the leadership role of the pastor, it demands on him to “put out into the deep…” (Luke. 5:4).

The pastor is to pasture and not to feed on the lamb, he is to feed them, tend them and not scatter them. If you’re a pastor, your work is not in prophesying in the lives of people for the sake of getting some favours. Your work is to show them love by feeding them with the word of God. Let your congregants put on weight by the kind of preaching you give them. God bless you all. Peace and joy.

I’m confident NPP’s next flagbearer will win 2024 elections ...
3 minutes ago

Akufo-Addo is serving in Ghana’s interest ‘irrespective of u...
3 minutes ago