Ghana Does Not Need A Leader Like Paul Kegame Of Rwanda 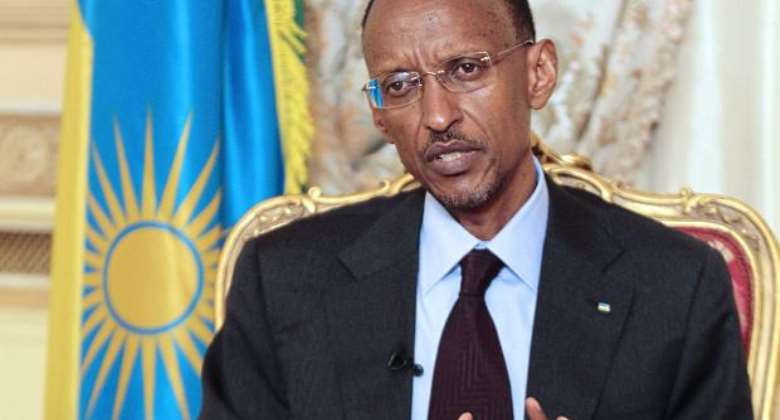 I read with disparagement that Professor Ransford Edward Gyampo of the Department of Political Science, University of Ghana has suggested that Ghana needs a Leader like Paul Kegame, the President of Rwanda. His comments came amidst the growing “one man” churches whose self acclaimed men of God are exploiting the ignorant masses in the name of spirituality and faith. He was applauding Kegame because Rwanda's government has closed thousands of churches and dozens of mosques as it seeks to assert more control over a vibrant religious community whose sometimes makeshift operations, authorities say, have threatened the lives of followers. In the intellect of Prof. Gyampo such barbaric and autocratic leadership style is what Ghana deserves in order to sanitize the religious landscape. It is amazing that a scholar and academician would adore, admire and cherish such a leader. Paul Kegame is exercising his autocratic rule over a population of 12,501,156people and for anyone to wish that the Ghanaian people with a population of over 29,463,643people deserve such a despotic leadership is cruelty and devilish. If in the brainpower of Professor Gyampo, a celebrated leader is the one who through a notorious means embark on shutting down churches and mosques then Ghana’s academia is an apologetic one to say the least.

Just imagine Ghana’s developmental space without churches, the country would have been thousand years backward in terms of educational and infrastructural development. The sad aspect of the discourse is that those who today are opposing and fighting the church are the same people who have benefitted from the works of this same churches and religious organization. Ghana’s economic woes, corruption, unemployment, child mortality, armed robbery, etc are not caused by churches. Churches have done more good to society than any of our institutional structures; it is therefore obnoxious to advance puerile argument for its closure. The state has a network of intelligent organization which has the mandate to gather intelligence on any group or association and as I write this article there is not a single paper from any of the intelligent organizations that points to a potential national security threat from any religious sect or church.

The right to worship and the right to join or belong to any group or association are the fundamental human rights of the Ghanaian people enshrined in the 1992 constitution, provided the group or association is engaging in lawful act. It would have been a point worth considering if Professor Gyampo has provided evidence that suggest that these one-man churches are engaged in illegal activities but to just assume that there are too many of them in the system with strange doctrine is not compelling reasons to warrant their closure.

Kegame’s leadership is a bad example by all standards which is only temporal and not sustainable in the long term. The God who created mankind has never at any time demanded forced service from its creatures. He has given us freedom to make choices and that choices include the right to worship and the right of association. It is therefore impaired thinking for anyone to assume that his worship and beliefs are superior to another.

Our woes as a country would exist even without the churches and the religious organizations unless we have visionary leaders and practical academia which are able to link classroom knowledge to industry in order to offer practical solution for national development. Ghana has gone beyond a leader like Kegame and Professor Gyampo should be grateful that he is a citizen in a country like Ghana where he can write any gobbledygook without anyone trampling on his human rights. Just maybe if he was in Rwanda, Kegame might have silenced him long ago.

God bless our homeland Ghana.
A citizen not a Spectator.

Hottest Photo Reports
Catch up with all the political quotes from our politicians.
Advertise here
More from Opinion
ModernGhana Links
Liberian Women Subjected To Modern-Day Slavery: The Danger Of Human Trafficking
Focus on fixing the economy and not “break the 8” agenda — Dr. Sa-ad Iddrisu to Gov’t
Smart Strategies To Promote And Grow Small Businesses
TOP STORIES