Smoking Gun:  WHY Former President Ellen Johnson-Sirleaf Travelled To Beirut After Her Tenure 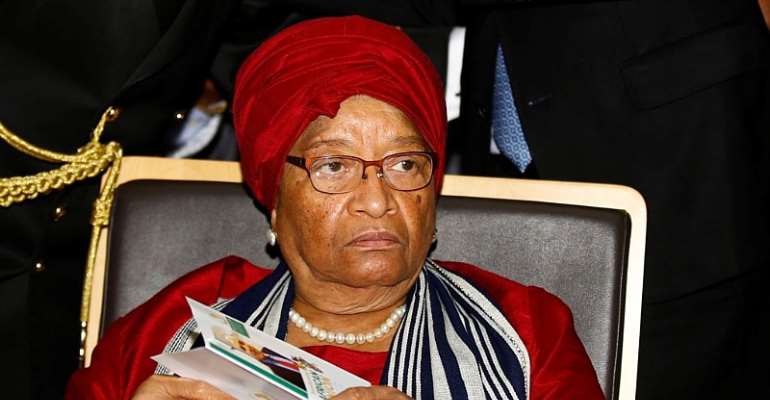 Political intrigues are not new to Liberian politics; they are as old as the age of this republic. And it became very visible and a strategy for outsmarting opponents in the early days of the republic. Edward James Roye was a victim of such callous maneuvering. Even during the misrule of the True Whig Party, Williams V.S. Tubman effectively used this sadistic strategy to embarrass or eliminate opponents who were critical of his misrule of the state. Du Fahnbulleh, William D. Coleman, D. Twe were some of his victims.

The Soft and the hard powers have been used by elements of the ruling class in Liberia to execute such toxic tactic against their political opponents and others who disagree with their misrule. While Tubman used hard power to consolidate his rule, Ellen Johnson Sirleaf used soft power to maintain her grip on power and manipulated the election for her preferred candidate in George M. Weah. She effectively used her poster boy at the National Elections Commission in (NEC) Jerome Kokoyah to orchestrate the electoral rigging.

People wondered why she chose to play dirty in a way that robbed her party of the result and deceived other credible individuals who were vying for the highest seat in the homeland. The fact is Madam Sirleaf created a lot of dirt during her twelfth years of misrule. She wanted a regime which will be subservient to her and doesn’t undo most of the garbage of concession agreements she signed while she was the head of the state.

Second, when she imposed the regime which is clueless about governance that will be dogged in contradictions, it will therefore have no time to undo some of the dirt she put in concession agreements for herself and her criminal son, Robert A. Sileaf. Then the people will be so concerned about the misrule of the present government as opposed to doing a post mortem of her regime.

Meanwhile, after she concluded her term, former President Ellen Johnson Sirleaf made a surprise visit to Beirut, Lebanon. Since she became president, she did not travel to that country, but it became her first destination for travel when her tenure expired. For some people her trip to Lebanon means nothing, but those who hold such view are apolitical individuals who have not read through the scheme. Her visit to Lebanon has a far-reaching negative effect on the country than one would think.

Beirut is the setting where Liberia’s currency has been printed over the years. Since she was the president, she gave said contract to her rogue operative in Abi Joaudi. It did not make any difference for her to make a travel there, as her emissary was not subjected to any security scrutiny for his involvement in the black money enterprise.

At least for the information that is in the public domain, the printing of the Liberian dollars occurred twice under the leadership of former President Sirleaf. She gave the contract to Abi jaoudi. Since then, he has been illegally reproducing the currency of the republic with her acquiescence. This has been has been one of the ways the criminal cabal of the Sirleafs have amassed financial fortune for themselves, while the republic’s economy suffocates in a downward spiral.

Sources hinted this writer that over the years the rogue Abi Joaudi and associates have been printing more of this republic’s currency than what has been approved by the legislature. They usually print excess in the millions or sometimes quintuple what has been sanctioned for printing by the legislature. But this has not been without the knowledge of the mother of the cabal in former President Ellen Johnson Sirleaf. She, in fact, has been the lead person who has given them the order ex cathedra to do so.

It is alleged that tons of boxes of Liberian dollars are stocked in the warehouses of Abi Jaoudi in Beirut. Former president Sirleaf made the trip to that country so she and her criminal cabal can sit and carve new strategies on how to continuously defraud the republic. Second, she wanted some share of the spoils to be discounted to her in US dollars. It is because of this she travelled to Beirut to finalize the agreement.

If the Liberian people can recall, bureaucrats of the Central Bank of Liberia echoed in no uncertain term that the bank is not aware of the full amount of Liberian dollars in circulation in the Liberian economy. Elements of the bank heralded such point when they were asked by the legislature concerning the amount of Liberian dollars in circulation. Most people just glossed over the statement of the CBL without subjecting it to thorough analysis. But the CBL is quite aware of the syndicate that is why they responded to the inquiry of the legislature in such a flippant manner.

Another point most people have not taken into consideration is that, although in a capitalist economy such as ours, the efficient market hypothesis is what our conservative economies hinge their interpretation of the economic variables on, one ought to look at other extra-economic exogenous factors. One such factor that most people are not aware of is the fact that Abi Jaoudi and others are infusing more Liberian dollars outside of the formal standard of how money is infused in the economy.

Remember Abi Joaudi has all the monetary tools for the printing of the Liberian currency. As a result, he illegally prints out money with the knowledge of Former President Ellen Johnson-Sireaf and infuse it in our economy. This has been his modus operandi and one of the ways he amasses wealth for himself and his partner Ellen Johnson-Sirleaf. This man has been laundering such funds in our economy. It is one of the reasons why the exchange rate has skyrocketed.

The net effect of this syndicate is that the rate will soar because a lot of unapproved Liberian dollars are chasing the few United States dollars in our economy. Prices will increase, the cost of living will get high, etc. because certain people continue to orchestrate scheme to defraud the people.

About the Author: Alfred P. B. Kiadii is a student of the University of Liberia, who studies Political Science with emphasis in Public Administration. He is a social and political critic, and the secretary General of the Movement for Social Democratic Alternative (MOSODA). . Contact him on Cell#: +233552176627. Alternatively, he can be reached at [email protected]