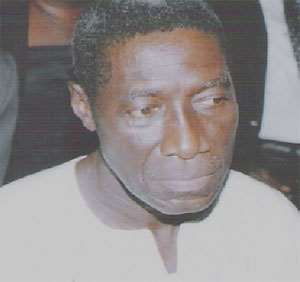 On Monday, January 29, 2018, GTV unwittingly brought home to all Ghanaians the disgraceful level to which sports in this country have reached. In the news broadcast, during the sports section, the network showed horse racing, a sport the connoisseurs of the sport refer to as the “King of Sports”. Then during the sports roundup section, viewers were treated to boxing, another sport referred to by the connoisseurs of the sport as ”Sweet Art of Self Defence”, athletics and women football. As I watched the telecast of those events, I felt so ashamed I could not believe Ghana had dropped so low in our sporting activities mainly due to incompetence and corruption on the part of officials who manage our sports.

In the past, boxing, both amateur and professional boxing, athletics and football provided the nation a visible foreign policy tool which kept the nation's flag flying high in the international arena. Horse racing provided an escape valve for the pent up feelings of both the rich and the poor who trooped in their numbers to the racing grounds to watch their favourite jockeys and horses. Gone were the days when horse racing was indeed a noble sport. The DAILY GRAPHIC had a sports columnist, Dan Rana, who specialised in horse racing. He brought to readers the latest news on the sport and even non-lovers of the sport who nonetheless followed it can still remember the names of great jockeys like Kantara Kamara, Mush Djai and Seidu Allhasan and great racing horses like The Best and Go Ahead.

On amateur boxing, I still remember the 1962 Perth Commonwealth Games in Australia where Ghana presented five finalists in the boxing competition. The nation eventually won two gold and three silver medals. Now we cannot bring home even wooden medals from international sports competitions. Years back, spectators used to sleep at the gates of the Accra Sports Stadium and Kumasi Sports Stadium overnight in order to assure themselves of securing tickets to watch football matches. Today, our stadiums are virtually empty. Football lovers are voting with their feet and prefer to watch foreign football leagues on their TV sets. The corruption and incompetence in sports in this country runs neck-to-neck with the corruption and incompetence in our politics.

Let me come back to GTV. I was so disgusted with the horse racing event. How could jockeys and horses be exposed to such callous danger in racing on “sakora” grounds, deplete of any green grass and enveloped in swirling sand with poorly constructed railings. At some points, only the “Hand of God” prevented the horses from running into each other which could have resulted in a very serious accident. The whole scene was a recipe for disaster. I will not be surprised if arrangements for the presence of an ambulance had not been made with standbys medical staff ready and willing to attend to casualties. How could we race just two or three horses? What sanctions are in place to deal with those horse owners who registered their horses to run but withdrew them at the last minute thus shortchanging the spectators? The whole episode was so disgraceful if the video clip gets to be shown on international channels the damage to the nation's image would be very devastating.

The athletic event took place in Sekondi Essikadoh Sports Stadium. I was horrified to witness that the athletes were running on a track without any markings to identify their lanes, Shocking spectacle. We mean just as the nation watch with callous abandon our highways get depleted with road markings thus leading to unacceptable level of road accidents with the consequential loss of lives, we can also not afford to mark the lanes of the running tracks in our sports stadiums for athletes to run comfortably and safely in an environment which will make the judges' work easy for them. Corruption and incompetence have eaten deep into our national life, we have no senses and direction when it comes to maintenance. We allow our infrastructures to run down, then we run to the World Bank for loans to fix them and then wait for another rainy day and repeat the cycle. Was it worth our independence?

For a successive period, boxing at the Bukom Arena has thrown out the incompetence of officials managing our boxing. Roger Barnor, the fellow who acted as the referee of the fight between Emmanuel “Gameboy” Tagoe and Fernando David Saucedo must have his boxing referee licence withdrawn and banned for life for the incompetent manner he handled the fight. He was more of a clown than an adjudicator of a serious sporting event. It was quite obvious Roger Barnor does not have any understanding or appreciation of the boxing rules nor possess the attribute of a boxing referee and should not be allowed to officiate at any boxing event again. This was an international fight which undoubtedly will eventually be shown on the international TV network and for Roger Barnor to put the nation into such disrepute requires the maximum sanction. A similar disgraceful episode happened not too long ago at the same Bukom Boxing Arena involving another incompetent referee. Because the boxing authorities failed to sanction the erring referee, it has been repeated on a grossly more gargantuan level.

Our women team beat the women team of Cameroon to quality for the world cup. But look at the colour of the jersey they wore. What place has the colour white got in our national colour scheme? The national colours are red, yellow, green and black and yet our sporting authorities, especially our incompetent and corrupt football administrators continue to kit our sportsmen and sportswomen in white sporting outfits. All the great sporting nations can be easily identified on the sports field in their national colours, not the least, most African countries. However Ghana continues to dogmatically refuse to follow natural rules. Our sports people should be in yellow outfits with black trimmings. After all Ghana was the Gold Coast and Ghana sportsmen and sportswomen should be clothed in the yellow colour with black trimmings. We must build our image now on the sports field.

E/R: Body of missing Chinese man found in dam at Esaase
29 minutes ago