An Open Letter to President George M. Weah on the Appointment of Elias Shoniyin 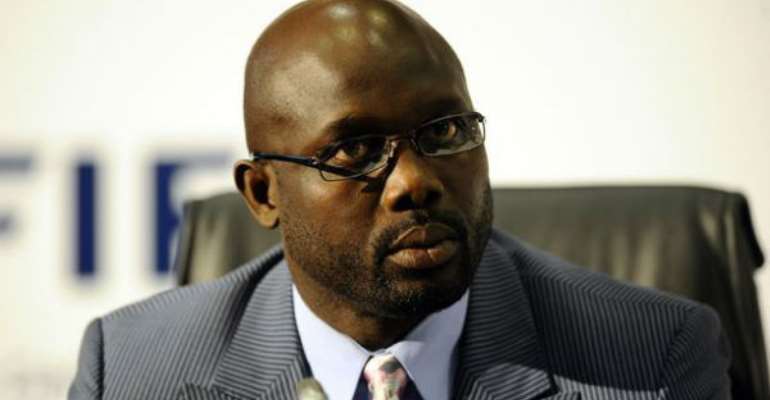 Dear President Weah: At your inaugural program on 22nd January 2018, you somewhat delivered a speech, among other things, you assured the masses of our people that your administration will end corruption. This pronouncement stimulated applause from the audience attending the program, and also became a bold banner headline on many mainstream newspapers in the country. Similarly, Liberians trended social media with it, creating the hashtag: “The country giant pledged to end corruption.”

Still not satisfied, you added: “It is my belief that the most effective way to directly impact the poor, and to narrow the gap between rich and poor, is to ensure that public resources do not end up in the pockets of Government officials.”

Mr. President, I am baffled and taken aback by your appointment of Elias Shoniyin to serve as Deputy Minister for Foreign Affairs at the Ministry of Foreign Affairs. We believe that such appointment is a total contradiction to your pledge to end corruption, and it is a classic act of an afterthought, given that this individual is hooked in the reports of the GAC and the LACC for mismanaging the Japanese Grant that was given to the Liberian Government to mitigate capacity gap at the International Economic Cooperation and Integration (IECI) at the Ministry of Foreign Affairs.

If your pronouncement about ending corruption is anything to take seriously, Mr. President, I assert that Elias Shoniyin should go nowhere near the new administration, because this individual is not only a perversion of integrity and a scar in the conscience of public service, but also a carpetbagger whose voracious appetite for wealth is objectionable and pernicious, undermining the zeal of public spiritedness and altruism that are characteristics of public service. Even at the detriment of himself, this individuals goes at all lengths to compromise moral principles in order to be elevated to positions of trust in the public sector.

In 2014, the Japanese Government, out of gross generosity, gave US$$731,412.00 (Seven Hundred Thirty One Thousand Four Hundred Twelfth Dollars) to the Liberian Government for the purpose of building the institutional capacity of the department of International Economic Cooperation and Integration (IECI) the Ministry of Foreign Affairs, in an effort to enhanced efficiency and effectiveness on the job, thereby leading to maximum productivity and easing capacity challenges at the Ministry.

According the General Auditing Commission (GAC) presented to the Liberian Legislature on the status of the grant, it stated among other things that, “Misapplication and swindling of L$21,394,360.00 (Twenty One Million Three Hundred Ninety Four Thousand Three Hundred Sixty Liberian Dollars) of the Grants allegedly by some authorities who were in charge of the management of the fund.” As per the canon of the project, the key authority who had exclusive jurisdiction over the fund was Elias Shoniyin, he maintained such power even when he was transferred from the position of Deputy Minister for International Cooperation to Deputy for Foreign Affairs.

I submit that the truth is, the grant was massively plundered by an Elias Shoniyin whose insatiable quest for material possession and ill-gotten wealth far exceeds his penchant to deliver public goods to the greater number of the people. Rogue elements such as Elias Shoniyin and his conspirators milked the fund to the extent that the objectives of the project was not achieved, and the targeted individuals did not benefit.

Interestingly, while the Government of Liberia was paying lip service to capacity issues in the public sector, our friends from Japan realized that inefficiency in the Liberian government was largely due to the anomaly of low capacity, compounded by minimum training opportunities and the new normal of political patronage. They decided to aid the Republic in order to extricate such aberration, but Elias Shoniyin said no to it. As the then Deputy Minister for International Cooperation and head of the project, he diverted huge portion of the grant to his personal account, paying himself bumper salary and taking home unlawful scratch cards and other emoluments (see attached screenshots of cheques from Afriland Bank and slips for scratch cards) against the dictates of the project. At the same time, Shoniyin was receiving all benefits and his salary as a minister in the Liberian Government.

I remind you, President Weah, that the fight against corruption “cannot be conducted on the basis of equivocal and vague political pronouncements.” Rather, it is done through strengthening institutions fighting graft and the flexing of political will by the President of the Republic. The fight against corruption must go beyond the airwaves of radio stations and the front pages of newspaper to praxis. We encourage the President to take such a bold step starting with rogue element Elias Shoniyin.

To begin with, negative elements who have plundered the resources of the state and funds from donors must not be given the opportunity to serve in your administration, as their appointments undermined your commitment to fight graft, which you so pledged to launch a fierce assault on. It is only when you ensure that those pariahs are not given the privilege to serve in the public sector, then Liberians will reckon with the reality that the time for the culture of impunity is over. A new day, and a new beginning is on the horizon!

A man whose heart is hardened by insatiable greed, even at the cost of undermining the government’s effort at capacity building, is a man who should be appointed nowhere in the new administration. I say even the crudest of men are moved by the love of country and humanity. Every individual in public service must cultivate such tendency to serve their country and not themselves. A person like rogue Shoniyin does not belong in public service because he is preoccupied with serving himself, while public service is about serving humanity and one’s country. For he represents everything that undermines the zeal and morale of public service. Thus, he is at best a dream killer who should be rubbished to the garbage bin.

I have no vestige of doubt that the “Change for Hope” mantra is against the institutionalization and entrenchment of corruption in the public sector. It suspects that one of the reasons why President Weah earned the mandate of the Liberian people is to ensure that corruption in public service becomes a thing of the past. It is certain that conscience will prevail on President Weah to stand on the side of liberty and justice. To this end, I say withdraw the appointment of Elias Shoniyin as Deputy Minister of Foreign Affairs. He does not share in the change agenda.

Yours in the Struggle, Alfred P. B. Kiadii Student of the University of Liberia [email protected]