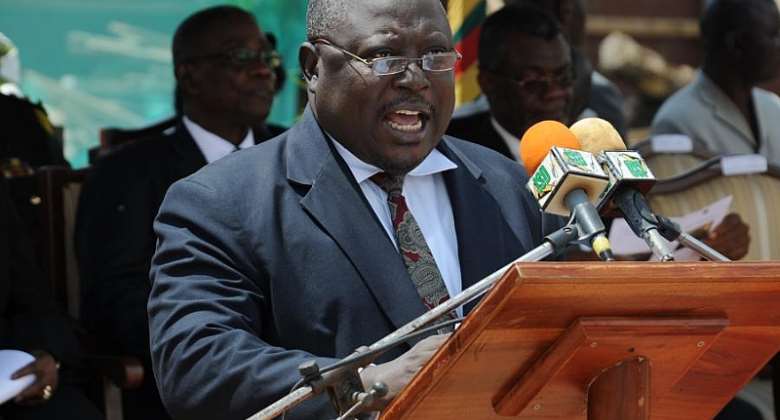 The day January 11, 2018 is one that deserves to be inscribed with golden ink in the books of Ghanaian history. It marked a significant milestone and a bold and major shift away from the shackles of the lack of political will as far as the fight against corruption is concerned. Indeed, Professor Ransford Gyampo, a Political Science Lecturer at the University of Ghana summed this great feeling of ‘freedom’ from these shackles in his statement by stating that the nomination of Mr. Martin Amidu as the Special Prosecutor ''is the most objective political appointment in the fourth Republic''. Other leaders of various Civil Society groups as well as former President Rawlings have widely expressed their delight to this wonderful development and hoped that this marked the dawn of a new era of positive change in the fight against corruption.

Eventhough I severely criticized past corrupt practices and always hoped for an aggressive approach against the canker of corruption that has left our beloved Nation reeling, I must say the appointment of Mr. Martin Amidu as the Special Prosecutor is one that came to me as a huge surprise not because he is not fit for the job but because of pure political reasons. These sentiments of mine were echoed by Mr. Emile Short, a former Commissioner of CHRAJ when he said on a Joyfm interview that he was ''pleasantly surprised'' at this development.

His nomination to me is the biggest political gamble I have witnessed and it drives home the point that H. E. President Akufo-Addo is a man truely commited to the fight against corruption as he has always touted himself to be and I am very confident that it is a worthy gamble that will be very succesful and will bear several sweet fruits for this current Government and Ghana as a whole In Shaa Allah. There is absolutely no doubt that you need to revise your notes if prior to the nomination of Mr. Martin Amidu you had an iota of doubt as to whether President Akufo-Addo was really committed to fighting corruption.Who takes this kind of gamble to nominate a man who his colleague Ministers and party folks described as rogue and was accused of openly ‘disrespecting’’ the late President Mills and even ‘attempted assaulting’’ him? Who takes the gamble to nominate a man who has not even left his own and even went ahead to go against his own President’s wish to attempt prosecuting members of his own party and Government? Who will take such a gamble if not a man who is really determined to solve the problem of corruption that has been the bane of this country’s development? This nomination by President Akufo-Addo is a subtle warning to his own Government appointees that he would never condone any corruption and anyone who corrupts himself does so at his own risk as Mr. Martin Amidu will not leave any stone unturned to prosecute anyone found culpable. If he was able to prosecute his own how much more someone’s own? In my opinion this is the biggest deterrent President Akufo-Addo could have issued to his appointees against corruption.

The incorruptible nature of Mr. Martin Amidu is something that has never been hidden to some of us who grew up close to those who know him very well and his struggles with the erstwhile President Mills’ administration until he was dismissed only strenghthened what we knew about him. We had always heard stories of how he would chase people, sometimes family/friends, who came to him whilst he was Minister seeking for corrupt contract deals and favors out of his office and even threatened to cause their arrest if they returned again with such pleas. This character of his was highlighed by Hon. Inusah Fuseini on a citifm interview when he said ‘’ Martin grew up from the part of the Country where you needed to discipline your own first if indeed you wanted to discipline someone’s own’’. His story and ultimate rise to the rare feat of been nominated as the first ever Special Prosecutor for Ghana even by a Governing party that is totally the opposite of a party he is a foundation member is something that is indescribable and inconceivable. His lonely path from been someone who was chastised and dismissed from a Government he supported and served, and then labelled as a ''disrespectful' and ''mad' man by his own people then to receiving special mention from Supreme Court Justices and then obtaining favorable judgments on behalf of the country and then generally accepted by many as the ‘Citizen Vigilante’’ and finally a nominee for the position of the Special Prosecutor is something very inspiring.

His dream of been incharge one day, which at first seemed impossible again in this his life, to prosecute corrupt public officials now seems possible with a very rare bold and decisive decision by H. E. President Akufo-Addo. He now has a gargantuan (to borrow his own word) task of making Ghana proud. If he as private citizen without state resources could win cases at the Supreme Court in favour of Ghana then he should know that Ghanaians expect more from him now that he has the resources of the state at his disposal. He should know that he has no other choice but to succede.

Before I conclude, I will like to preemptively advice NPP members/supports and Government appointees who are jubilating now with this nomination not to turn against him in the likely event that Mr. Martin Amidu turns his guns against some appointees of the Government. In fact, if he does so it will be a huge plus for the NPP and Ghana as a whole from two perspectives:

1. In case he successfully prosecutes any current Government appointee, that would mean that he has helped to deliver Justice for our beloved country and it will be a huge plus for the NPP Government in that it set up an Institution that has made it possible for corruption to be tackled irrespective of the Government in power.

2. In the event he fails in prosecuting them, it will mean that these officals were not corrupt and hence the Government is clean. These court trials, irresepective of the outcome are far better than perceptions in the minds of Ghanaians even if these allegations of corruption are false and these legally uncontested allegations always have the potential of harming the image and chances of the Governtment and party in power during elections.

Same can also be said for the opposition NDC and we do not expect to hear complains of witch-hunting and personal vendetta coming from their mouths and pens. In fact they have consistently ridiculed the current Government for the past year saying that they have failed to prosecute any past official and that they were ready for the Special Prosecutor. As a matter of fact the former President Mahama was on the news for the past few weeks taunting the Government that they should prosecute him and his wife Lordina if they believed they were owners of DKM.