Security Beefed Up In Agogo, Afram Plains To End Violence 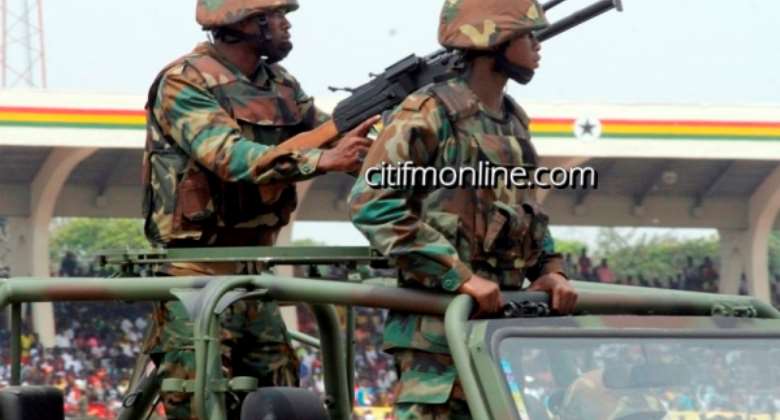 Government has dispatched about 200 personnel drawn from the military and police services to the Asante Akyem North and Sekyere Afram Plains districts of the Ashanti Region to flush out nomadic herdsmen who are reportedly terrorising residents of those areas.

A statement signed by a Deputy Minister of Information, Curtis Perry Kwabia Okudzeto said the joint security team has been tasked to “push back the herdsmen from new areas they have occupied, arrest perpetrators of recent acts of violence for prosecution and augment the efforts of Operation Cowleg, an ongoing security operation aimed at dealing with the activities of herdsmen in the area.”

The statement also said a programme to “restrict and ranch cattle will commence upon completion of this operation, to provide a long-term solution to the challenges associated with unrestricted cattle rearing.”

3 soldiers, police officer shot at Agogo
Three soldiers and a police officer , who are part of the task-force set up to evict nomadic herdsmen in the Asante Akyem North District were wounded earlier this week after they were shot by an unidentified assailant.

According to Police in the area, the assailant lay in wait and shot at the security personnel, who were in the bush as part of measures to evict the nomadic herdsmen and their cattle.

Some herdsmen in the district had fled the area following heightened tensions caused by the shooting of the four security personnel.

One of the cattle owners who spoke to Citi News, said security personnel were shooting ruthlessly at their cattle and stealing the meat.

“Some security personnel came into Agogo Township around December 23, they took to the bush and started shooting at the cattle, killed them and carried them away. Even today, they still do it. Fulani herdsmen are now fleeing the township. Some are currently hiding. Anytime they go, they shoot the cattle. They have KIA trucks following them and whenever they kill the cattle they carry it away. I think they share it among themselves.”

There was some backlash in Agogo towards the end of 2017 when cattle owners accused the District Security Council (DISEC) in the area of failing to give them prior notice before embarking on an operation to drive away their cattle from the town.

The owners claimed that the joint security task-force carrying out the operation has deliberately killed over a hundred cattle, and have sold out some to indigenes of the area.