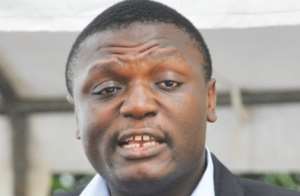 The opposition National Democratic Congress (NDC) has said it will challenge the implementation of the Representation of the People Amendment Act also known as the ROPAA law, 2006 [Act 699] as ordered by the court.

The High Court in Accra, presided over by His Lordship Justice Anthony K. Yeboah, on Monday ordered the Electoral Commission (EC) to implement the law within 12 months.

The National Organiser of the NDC, Kofi Adams however told Citi News the difficulties that political parties face in mobilizing and campaigning within the shores of the country will be compounded by an implementation of the law.

“Of course the issues that we raised are still very relevant today. The fact still remains that political parties registered in Ghana here still have challenges to monitor the political processes even within Ghana so now you are going to follow every Ghanaian everywhere. Is the Electoral Commission going to now resource and support political parties to make sure that they reach everywhere there will be a Ghanaian to campaign and to track the process or in other words to present party agents? We still insist that the law as it is, is very difficult to implement. “

We’re excited about judgement
Despite Mr. Adams' concerns,the USA Branch Acting Organiser, Issa Balla Saeed, told Citi News, both the party and the Ghanaian community are happy about the judgment.

Court's ruling
Delivering the judgement, Justice Anthony Yeboah said the EC had for the last ten years breached the rights of Ghanaians living abroad by failing to give them an opportunity to vote.

He thus condemned the EC's failure to address challenges preventing Ghanaians living abroad from voting, and specifically asked them to ensure that arrangements are made for such people to vote in the 2020 elections.

He said the ROPAA law was passed by Parliament, and that the EC can cause the same Parliament to approve funding for them for the implementation.

The ROPAA law seeks to empower eligible Ghanaians abroad to vote in national elections. Successive governments have failed to ensure its implementation, since its passage in 2006.

The applicants were praying the court to declare a violation of their human rights with the non-implementation of the law, and a subsequent order for them to take part in general elections and national referenda while residing abroad.

EC's arguments
The Electoral Commission at the last hearing prayed the court to allow it prove it was in the process of implementing the law, but failed to provide enough evidence to that effect.

The EC primarily argued that, it had plans to implement the law and should not be compelled to do so.

It also challenged the process by which the applicants invoked the court's jurisdiction as wrong, while insisting that the right to vote is not a human right.

State Attorneys representing the 2nd Respondent in court had at the start of the case also told the court that they will associate themselves with arguments of lawyers of the 1st Respondent (EC), throughout the entire process.

The applicants are Kofi A. Boateng, Nellie Kemevor, Obed Danquah, Christiana Sillim and Agyenim Boateng, all residing in New York State and Kentucky in the USA.

Reliefs as spelt out by the applicants are listed below:

The Applicants who are all members of the Progressive Alliance Movement (PAM) a New York State incorporated nonprofit organization, were seeking from the Court “a Declaration that Applicants have fundamental human rights under Articles 17(2), 42 and 33(5), of the 1992 Constitution of the Republic of Ghana, the Representation of the People (Amendment) Act 2006 [Act 699] Article 13 of the African Charter on Human and People's Rights, Article 25 of The International Covenant on Civil and Political Rights, Article 21 of the Universal Declaration of Human Rights and Protocol 1 (article 3) of the European Convention on Human Rights

b) to be issued voters Identity Cards “to enable” them “to vote in public elections and referenda” while resident abroad and being outside the jurisdiction of the Republic of Ghana at the time of such elections, and doing so from/at their places of residence abroad or designated centres close to their places of residence abroad or from/at the Ghana Mission/Embassy within their jurisdiction abroad;

c) “to vote in public elections and referenda” particularly Presidential and Parliamentary elections while resident abroad and being outside the jurisdiction of the Republic of Ghana at the time of such elections, and doing so from/at their places of residence abroad or designated centres close to their places of residence abroad or from/at the Ghana Mission/Embassy within their jurisdiction abroad;

d) A Declaration that the non-compliance of 1st Respondent in particular to operationalize the Act 699 since same became law on the 24th day of February 2006 is a breach of Applicants' fundamental rights under said various laws and legal instruments;

e) A Declaration 2nd Respondent's failure, neglect or refusal to uphold/ensure full compliance/operationalization of the Act 699 since same became law on the 24th day of February 2006 is a breach of Applicants' fundamental rights under said various laws and legal instruments;

f) A Declaration that each of the Applicant's “right to vote and entitle[ment] to be registered as a voter for the purposes of public elections and referenda” in light of the Act 699 and said various laws and legal instruments is not subject to any condition precedent aside the article 42 age and sanity of mind criteria;

g) A Declaration that it is discriminatory for Respondents particularly 1st Respondent to continue to register abroad and ensure that a category of citizens studying abroad or working in Ghana's Missions/Embassies abroad vote in public elections and referenda while in abroad to exclusion of the Applicants.

h) An Order of mandamus directed at Respondents particularly 1st Respondent to forthwith, uphold/ensure full compliance/operationalisation of the Act 699.