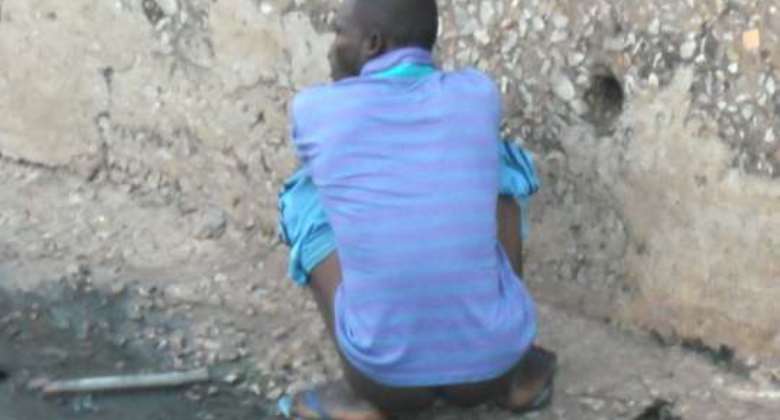 Open Defecation (OD) is the human practice of defecating outside - in the open. In lieu of toilets, people use fields, bushes, forests, open bodies of water or other open space. The practice is common in areas sanitation infrastructure is not available. Research has it that, 892 million people, almost 12% of the global population practice open defecation.

Defecating on the open is a very ancient practice. In ancient times, there were more open spaces and less population pressure on land. It was believed that defecating in the open causes little harm when done in areas with low population, forests or camping type situations. With development and urbanisation, open defecation started becoming a global challenge and thereby an important public health issue, and an issue of human dignity.

Open defecation perpetuates the vicious cycle of disease and poverty and it's widely regarded as an affront to personal dignity. The countries where open defecation is most widely practiced have the highest numbers of deaths of children under the ages of five as well as high levels of undernutrition, high levels of poverty, and large disparities between the rich and the poor.

As I walked through the University for Development Studies (UDS) campus through to Dungu to Nyohini, a suburb of Tamale one early morning, I realised almost 80% of the households lacked toilet facilities.

Children and adults squatted around the fields to attend to natures call. With my eagerness to find out whether the same thing in other communities in the metropolis, I decided to visit Shishegu and Kasalgu, to my surprise, it was like "Everywhere you go, the value is the same".

In Kasalgu, women of all categories, as well as men and children, were seen squatting in the nearby bushes as well as in the open and be comfortably easing themselves. Some of these women never felt shy even when they see people approaching and it is no wonder that the Tamale metro topped the list of open defecation areas among the other 26 MMDAs in the northern region according to an article published on citifmonline.com on 19th July 2017.

It is not a hidden fact that the practice of open defecation in the Tamale metropolis as well as Ghana is still alarming, with current data suggesting that almost a quarter of Ghanaian population especially those in the Tamale metro do not use latrine facilities. The sad thing is that most of the basic schools in rural areas also lack sanitation facilities such as urinals as well as toilets compelling teachers and students to resort to the nearby bushes to defecate as and when the need arises. This exposes them to dangers such as snake bites etc.

There isn't any doubt that this in one way or the other contributed largely to the failure of the country (Ghana) to meet the sanitation target of the Millennium Development Goals (MDGs), now the Sustainable Development Goals (SDGs).

IMPACT OF OPEN DEFECATION.
It should be pointed out that the impact of open defecation on the socio-economic development cannot be over-emphasised. Health experts have confirmed that there is a direct correlation between open defecation and diseases such as typhoid, dysentery and cholera among others. There is no doubt that in the wake of a cholera outbreak, government spend huge sums of money in the procurement of medications in trying to support and to manage the problem.

Apart from government spending so much money in managing the situation, the productive sectors such as agriculture, industries and trade among others are all affected and this leads to low productivity as many affected workers cannot or are unable to go to work.

The outbreak of faeco oral diseases in this country can lead to many deaths as witnessed in the year 2014 when the outbreak of cholera claimed many lives. Again, some breadwinners sometimes lose their lives leaving their dependents to suffer.

In Narrating her ordeal, Mrs Grace Adongo , a 45 year old widow who lost her husband in the 2014 cholera outbreak said, " My husband who was the breadwinner of the family was a farmer and could cater for me and the children, but now that he's no more, it is becoming difficult for me alone to cater for the family. This phenomenon is not limited to Mrs Adongo alone but cuts across to all those who lost their breadwinners through the outbreak of cholera, a preventable disease.

THE WAY FORWARD.
It is pertinent to note that among the targets of the SDGs are to ensure availability and sustainable management of water and sanitation for all. If the problem of open defecation isn't checked now, it may affect Ghana's efforts aimed at achieving the SDGs on sanitation and water.

In trying to curb open defecation, there is an urgent need for the MMDAs in the northern region to be proactive and ensure that in giving permits for buildings, all landlords should construct latrines in their households for the benefit of the tenants

Again, the MMDAs should build toilet facilities at vantage points for people to ease themselves when the need arises.

Additionally, award schemes should be instituted by the assembly in collaboration with the NGOs to recognise communities under their jurisdiction that are declared open defecation free zones and punish the recalcitrant ones who'll defecate openly.

Finally, the various stakeholders, the MMDAs, and the various NGOs should make it a point to educate the people on the negative effects of open defecation.

MoMo transaction value for April declines by GH₵2.8billion
27 minutes ago