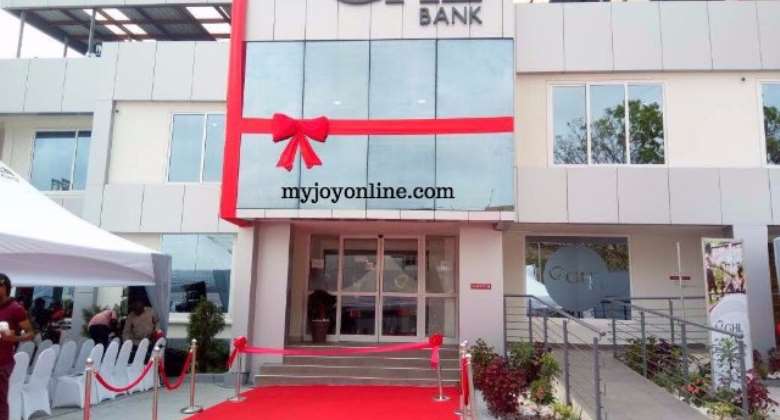 Ghana Home Loans now GHL Bank is promising to change the way construction and mortgage financing is done in the country as it formally begins operations Wednesday.

The institution which has been operating as a mortgage finance company over the past 10 years recently secured a license from the Bank of Ghana to operate as a universal bank.

Managing Director of GHL bank Dominic Adu told JoyBusiness challenges in carrying out some financial transactions actually forced them to push for a banking license.

Ghana Home Loans last year secured a provisional license from the Central Bank to operate as a commercial bank. The entry of GHL bank would now increase the number of commercial banks in the country to 34.

“We saw some gaps in the business model that we were operating and we realized that we were not banking the self -employed which made it very difficult to determine their level of income in pricing their mortgages,” he explained.

Mr Adu also added that they have the required capital from their "shareholders and investors to play in the universal banking space, looking at what we have done over the year. We have financed over $160 million loans to homeowners in the last 10 years”.

On concerns that GHL Bank would struggle to survive in an industry that has seen some banks go down recently, Mr. Adu maintained that it has what it takes to do business in the commercial banking space, looking at its operations over the years.

GHL Bank plans to meet the new capital level of ¢400 million by the first quarter of next year. It has a private equity group Abraaj as its major shareholder, with IFC, a finance company, PROPACCO as minority investors.

The bank also has former Group Chief Executive of Ecobank, Albert Essien as its Board Chair, whom they believe would bring his banking experience to help grow and expand the operations of GHL Bank.

We'll know whether those who threw the stones are Police off...
5 hours ago