New Zimbabwe: Is Emerson Mnangagwa A Brutus Or A Mac Antony? 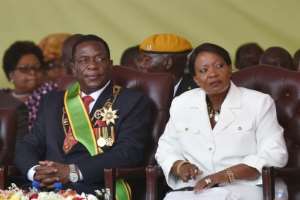 In William Shakespeare's play, Julius Caesar, Brutus and his friend stabbed to death Julius Caesar, accusing him of "being ambitious, and amassing more power ".

After assassinating the Roman soldier (Caesar) ,whose fame and exploits in battles have endeared him to the masses, Brutus and his friend Cassius dipped their hands in Caesar's blood, and went about the streets announcing the death of the "tyrant, whose demise is to save the Romans from tyranny".

Mac Antony appeared in the scene with a speech that turned the masses' anger on Brutus.

In that play, when Caesar was about to die, after receiving 33 knife wounds from Brutus and Cassius, he (Caesar ) looked at Brutus and said: "Et tu Brutes? " . Meaning, you too, Brutus, my friend? And Caesar had his last breath.

The drama in the House of Rock (Zimbabwe) today is a rendition of that famous play with excerpts narrated above. But the casts are different people on a different stage.

When Emerson Mnangagwa returned from exile after the army forced Robert Mugabe to relinquish power, the once right-hand man of president Mugabe, Emerson Mnangagwa delivered a speech to the masses, telling them: "I survived poisoning, I told Mugabe to listen to the people's call, I thank the army for a good job done, I call on the international community to help build our economy. ...." (sic ).

But in his inaugural speech, after being sworn in on 24th November, 2017, the now president Mnangagwa sought to praise Mugabe in a speech, saying: "he (Mugabe ) was my father, mentor, friend, a partner in the independence struggle. ....." (sic ) .

The new president nicknamed "crocodile " is not being consistent in his words. His earlier speech after coming home from exile sought to paint Mugabe black to the masses. His inaugural speech praised Mugabe, touting his legacy as legendary.

Emerson Mnangagwa is now playing both Brutus and Mac Antony on the same stage.

I don't want to believe that those who have arrogated to themselves the title of "kingmakers" , those who choose who qualifies to lead an African country" are making inputs in the speeches Mr. Mnangagwa is delivering. If it does comes out that the so called "investors " are the ones behind the scenes toying with the minds of the people of Zimbabwe, then I am afraid, Mr. Mnangagwa, you're set to doom.

In your speech, I heard you say: "we'll compensate the white farmers whose lands have been given back to the blacks through the indigenisation programme, the doors are now opened for investment in the country, the sanctions should be lifted....." (sic).

Ideally, it sounds sweet when you promised jobs to the masses, but I pray you don't do that by mortgaging the country to the enemies of Africa. Those Mugabe prevented from stealing the resources - the rich resources in chrome, platinum, gold and the diamonds, hence the economic sanctions leading to hyperinflation in Zimbabwe.

I'm aware you've learnt from history how these enemies of Africa sows seeds of enmity between two elephants in a country, so they will plunder our resources whilst the grass suffers. Now, they will use you to do the work of Brutus, the beautiful legacy of Mugabe you'll be used as the tool to erase. But mind you, you're filling in the shoes of a great man. I hope you know what happened to Muhammad Morsi of Egypt when he succeeded Hosni Mubarak after the uprising, putting him in prison. Where is Muhammad Morsi now? A Mac Antony appeared in the scene, in a person of Abdul Fata al-Sisi, and now Morsi is tasting a prison life, not different from the treatment he meted on Hosni Mubarak.

Learn from history. Let Mugabe live and die in peace in his native land Zimbabwe. Not only in your country is he respected by the masses, but he's an adorable icon to those of us who love the beautiful land of Africa.

Don't be the new Brutus in the New Zimbabwe. You can build upon the gains Mugabe made in giving education to the Zimbabweans.

Playing Brutus now would only work and last for a while, but make sure a Mac Antony will one day appear on the scene and your fate will be the obvious.