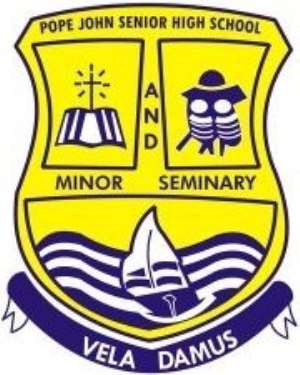 For this, they were presented with a plaque, five copies of the 1992 Constitution and would be representing the region at the national competition.

The annual competition organized by the National Commission for Civic Education (NCCE) with support from the European Union (EU) is meant not only to empower students to learn how to develop public policies to solve community problems, but also learn how citizens could have power to monitor and influence public policy making in the community.

The theme chosen for this year's event was 'Restoring our Ghanaian values: the role of the youth in nation building''.

The participating schools undertook research on the theme and identified a peculiar problem or challenge in their locality and made policy proposals to address these.

They had to defend their proposals - explain why they thought these could work better, provide action plans and budget for implementation.

Some of the challenges identified by the schools included the lack of patriotism, indiscipline, poor sanitation and illegal mining.

He said these were vital for life success, telling them that cutting corners would simply not do. GNA