Prince Addo Is The 'Spanish' Name On The Airwaves In Zaragoza 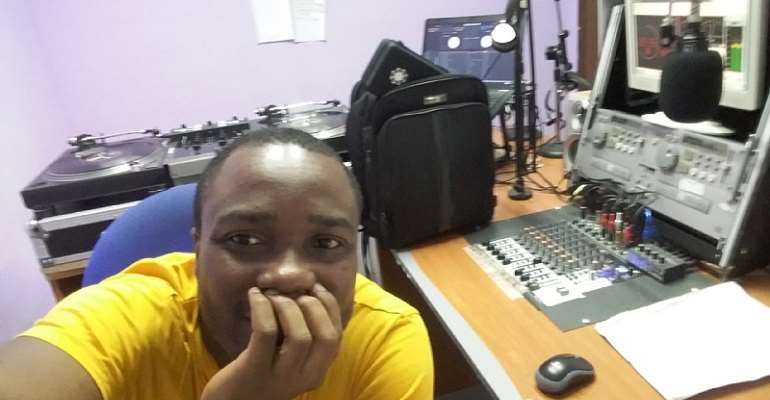 The internet as a source of broadcasting is immensely used by some radio stations, Disc jockeys and radio presenters across the world as a powerful tool of communication.

But it all depends on how you use it. This is because radio is not a 'show-piece' just as the television is.

Radio is only termed and arguably perceived as 'THE THEATRE OF THE MIND'.

So it is rather convenient for some television programs to be transmitted via the radio than the opposite.

Television is paramount and tantamount to audio-visual, but radio is not.

This is due to the fact that, the actions and activities of a radio program do not necessarily have to be seen but rather heard through an audio method of communication.

So showing one-self disc jockeying in a video, is just as equal to watching a television program.

And if that be the case, then there should be some more actions for the viewer or viewers.

And this is where Prince Addo cuts his niche and fits the bill by avoiding the presentations of radio as a television.

Through this means, Price Addo is making waves online as far as radio and Disc Jockeying is concerned.

Knowing he cannot fill his radio show with the full demands of a traditional television presentation, he does it his style.

Born Prince Addo, he likes to go by his beloved moniker: DJ Logs. As with the advent of disc jockeying on Face-book, he does some of his shows live just as some others do.

But the difference is that, he lives and breaths his music to do the talking.

Getting into radio and admiring anything that is connected to music, he said: “Radio came into my life at a point where I was already established as a DJ and wanted to do more with the talent and skill I had”.

Adding some formal radio training to the knowledge he had acquired through his regular DJ life he continued his story: “I also went understudying radio presenters while they present on air and a lot of reading, actually anything I could lay my hands on”.

Capitalizing on his DJ background, he mostly love to do 'mix shows' to entertain his audience. But he does regular radio presentation as well.

His current 'Mix Show' is about being a DJ at a street party but live on air from the studios where he plays very common and popular party records.

He sometimes inform his listeners about things related to entertainment within the Ghanaian and Spanish community he serves.

As with the norm with some radio stations, he uses his phone-in sessions for his callers to get interactive with him, talking about things just for fun, but with the street party imagination in mind.

Regarding the outreach of the station he works at, which is Power-FM, Mr Prince said: “Currently our online audience is not limited, we have Ghanaians all over the world who listen to us at any given time. But the station's focus is on the Ghanaian and African community within Zaragoza and Spain as a whole”.

Starting as a music fun in Spain, Prince is currently a dedicated and professional DJ who hopes to break higher grounds.