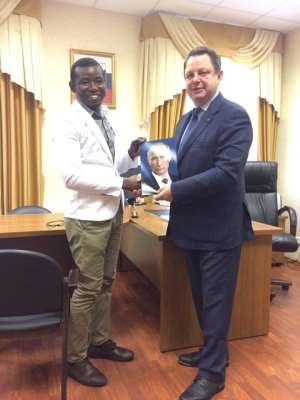 The recent political vigilantism that has characterized our political culture with conflict, riot and suppresses to political appointments and other political institution, has been a treat and the need to find solutions to the problem.

This article is intended to help solve the recent political vigilante riots in some parts of the country which has become a challenge to the NPP government and the opposition is making some propaganda on the issues, therefore, the need to come out with a research to help the NPP government find a lasting solution to the problem.

THE PROBLEM
During election and campaign period some political leaders communicate effectively with these vigilante groups and they are quick to answers their calls or reply their messages and this communication gives the vigilante groups hope and other grassroots party members to work hard to win more vote.

After the election when the party wins power and the leaders, they used to communicate with them are appointed and some are made ministers and they cut-off the communication line with the vigilante groups it leads to conflict and riots. There is always the need to keep the communication active even if you can not meet the promise or the demand but don’t ignore the messages and the calls of the vigilante groups or grassroots party leaders because they feel like they have been sidelined and betray. That is the main problem of these riot as we speak NDC vigilante group have gone to sleep why

I interviewed vigilante group members in the northern region and they told me during the election we where with this minister he answer our calls he answered our messages and we also put in effort for the party to win and he has got his share and now when we write him no reply, we feel like he has forgotten us and the only thing we can do is to make the noise loud, because we have used all diplomatic means and he will not mind us sometimes we are not asking for money or job but just to have the connection with him.

So as I interview them I realised that government appointees can play a greater role in solving this problem by maintaining or increase their grassroots communication with grassroots party leaders and vigilantism will be a thing of the past.

I also watched the viral video of the invisible force of Tema when they storm TMA town hall meeting "WE EXCHANGE NUMBERS WITH THOSE WHO ARE SUPPOSE TO EMPLOY US, I HAVE CALL THEM ALMOST TWO MONTHS NOW NO ONE IS READY TO ANSWER MY CALLS AND WE ARE THE SOLDIERS AND WE WILL STILL BE THE SOLDIERS" So analysis from this it tells us that appointees have distanced themselves from the grassroots leaders, this may be because of the duty overload. The may cause of the vigilantism is not about the group but is about hierarchy refusing to communicate back to the footsoldiers and this is dangerous for the party development and country governance.

Myself as an interim NPP chairman Russia branch during the election year I remember communicating effectively with some executives who are now government appointees anytime I watsapp them, within a seconds they reply ten and I feel proud that they recognized my effort and also make sure I play a big role in getting people to vote for our party to come into power.

Now the same people when I wataspp them they will not reply , I have written not once but many times and this does not help party communication especially in this era of social media politics.

Solution
There is one minister that has been very humble and anytime I WhatsApp him he replies and I salute him for that the Minister of Defence Hon. Dominic Nitiwul has been very communicative with me as a grassroots leader. I wish if all the appointees can also make themselves available to the grassroots leaders

I remember I wrote to the president of Russia, President Putin and within a day he replied me and with a month my request was processed for me but remember I am not a Russia and I am not a party member so I ask why in my own country when I write to a minister he will read and not reply and you are sidelined some have even blocked me interesting.

I will, therefore, call on the President, the Executives and our Member of Parliaments to be more communicative to grassroots leaders you may not be able to provide them jobs, you may not be able to give them money but just answer them and ask them to still have patience and you will never see this riot in among grassroots leaders and vigilante groups.

To the grassroots, political leaders and vigilante groups, rioting is the not solution to your grievances you can do so many things to protest and make press conference you can use social media and diffidently the president will be informed about your grievances and act on them. Remember NPP is in power and every Ghanaian can testify that NPP is managing the economy well since is not only NPP nurses that are befitting from the reinstatement of the allowances as well as teachers but both NDC and NPP and non-party members are all enjoying and that should always be in our mind.

As a specialist in political communication I will like to say that the grassroots leaders are the chain of the government and the small sprocket is the executive and the big sprocket is the president and once the chain is broken the bicycle cannot ride again it can only be pulled to the destination.

I will, therefore, say that we have to keep on lubricating (communication) the sprocket to reduce the fraction ( give hope) and keep the bicycling moving (government).

We can not be having a riot with our grassroots members, we cannot be arresting our grassroots leaders whiles the opponent is organizing unity march at the grassroots. We have already done 1 year and we have two years left to start campaign so I call on all NPP members to let the communication follow that is the only solution especially the appointees who are distancing themselves from the grassroots leaders we all love the party and the minimum years we want o be in power is 20 years.

The writer is PhD candidate in Political Science [email protected]