The Bitcoin Revolution, How To Cash In Without Using Cash – A Complete Manual 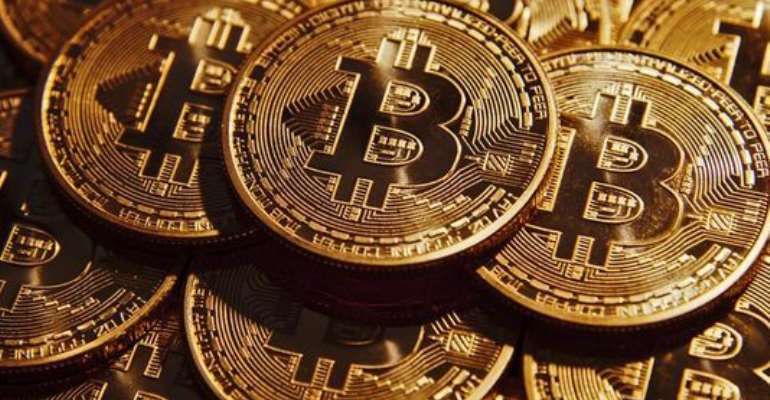 Bitcoin is a digital currency that is used to transfer any amount to anybody in any part of the world at a very minimal cost. Bitcoin has a finite supply of only 21 millions. In order words, only 21 million bitcoins would ever be generated, the last one estimated to be produced in 2140. However, currently, there are 16,628,150 bitcoins circulating globally and more are added everyday as miners are rewarded for confirming bitcoin transactions.

Bitcoin can be divided into smaller fractions and the smallest amount to which bitcoin can be divided is one satoshi (0.00000001BTC) As you can see, there are up to eight decimal points so no matter the current value of one bitcoin, purchases in any fiat currency can still be accommodated within the supply available.

The purpose of this article is to show you how to become part of the revolution without using your own cash. The article will teach you how to quickly open a wallet and begin to get some fractions of bitcoins into your address in seven days, from one Sunday to another Sunday.

The write up will explain why though the price of bitcoin seems to have gone beyond the reach of the average man or woman; it is not too late for one to start. This article will explain why the bits of bitcoin you pick from the internet today shall become a thing of value in the years to come.

In January, 2009, when bitcoin was first launched, very few people believed it was worth their attention. In June of the same year, one bitcoin was still $0.0001, on 13th October 2017; the price had rocketed to a hooping $5856.10 before coming down to $5600 at the time of writing this piece. Most of the gains happened this very year of 2017. Cryptocurrency analysts predict bitcoin will hit $7500.00 before the end of the year. Also a bitcoin investor and podcast host is predicting that bitcoin will hit $27,000.00 in four months. Trace Mayer based his prediction on a 200 day moving average. He says in about two hundred days, bitcoin shall multiply by 4.75 times.

Many people, who ignored bitcoin in the beginning, have regretted big time. They wished they had welcomed it with open arms when it was going for a song. Currently, you may be thinking that since the price has hit $5000.00 and beyond, you will not be part of it. I can say you are wrong. The value of 1000satoshi or BTC 0.00001000 will not be the same in a few years to come. You may just have picked those satoshi free on the net today.

This article is not directed at the internet savvy, anybody who can navigate a simple facebook interface can do what has been put into this guide. You might want to bookmark this page and come back when in doubt.

First, I want to advance arguments to show that the fractions of bitcoins picked on the internet can become of value in the future. The unknown inventor of bitcoin is called Satoshi Nakamoto and the world of crypto-currency has conveniently named the smallest fraction of bitcoin (BTC 0.00000001) "one satoshi", after the supposed inventor. For the benefit of doubt, any figure after the decimal point is called satoshi. Ten million satoshi, for example, is therefore represented as BTC 0.10000000.

The table below shows the price of bitcoins over the years, six months after it was launched.

Year and month - Price of bitcoin

(You can Google the current price of bitcoin before you continue reading).

Once the price of bitcoin goes high, the price of one satoshi also automatically goes high. At the time of writing, one GHS 1.00 could get you BTC 0.00003845 or 3845 satoshi. Three years ago, you could get in one hour. $1.00 worth of bitcoin could fetch you BTC 0.00016107 or 16107 satoshi. You could get these in about four hours. You did not need to be with the computer throughout. You only needed to come back every hour to claim and go back.

Many years ago, in order to popularize bitcoins, faucets were created to reward people with bitcoin for performing simple tasks or for watching adverts. It was previously called “pay-per-click”. Thousands of satoshi were given out for free every few minutes because the price of bitcoin was very low. The faucets have not vanished because bitcoin is now highly priced. They still exist but the rewards have greatly gone down. However, it is still the way to get bitcoins for free.

Today, there are other cryptocurrencies in the world, some of which are offering for free what bitcoins faucets offered some years back. Litecoin, for example, offers more in terms of “litoshi” than bitcoins so I consider litecoin as one of the easiest avenues to enter the world of crypto-currency. After all, the price is just $63.9 at the moment. When litecoin hits $1000.00 in a few years, the value of what you get for free today goes up. Then you can use it to enter the trading market and make more money. You will have not used any cash of your own.

I will show you how to get litecoin absolutely free. I will also add dogecoin and bitcoins itself, though bitcoin is currently painstakingly slow. With this knowledge, you can get many other coins for free if you Google for their faucets online and follow the same process as in this manual.

First, you need addresses to collect the litecoins, dogecoins and bitcoins. Create an account at www.coinpot.co and you automatically have three cryptocoin addresses, Bitcoin, litecoin and dogecoin addresses. Copy these addresses. If you are unable to copy the addresses; there is no sweat. You could use the email address used in opening the coinpot.co account.

Second, go to www.zapit.nu/litosh and you will be asked to paste your litecoin address before you claim. If you copied your litecoin address in the previous step, just paste it and click sign up. Wait for five minutes before you make your first claim. If you did not copy your address in the first step, just type or paste the email you used to open the coinpot account there and click sign up. Though you can claim every five minutes, you could wait and claim every one hour. That reduces the drudgery. The litoshi initially accumulates very fast and then slows down with time. Even if you come back after days, there is much to claim.

There is a reward for claiming every day. For everyday that you make a claim, you are rewarded 1% more of your total claim, up to 100 consecutive days. So if you claim continually for 100 days, you get 100% of every claim you make every time. There is also a mystery bonus, up to 100% for each claim. This bonus is not determined by anything you do.

Another way to add to your litoshi is to passively mine by using the power of your Central Processing Unit (CPU). After making a claim, scroll down to where your rewards are displayed. Click “your coinpot account” (written in white prints). It takes you to the coinpot page. Click the arrow by the side of any of the coins. A dropdown menu appears. Scroll down to the bottom option and click, for example, “mine dogecoin”. Once you keep that tab opened, you will be credited with litecoin, dogecoin or bitcoins every five minutes, approximately.

Thirdly, go to zapit.nu/dogesh and do as you did in the previous case. You can now start claiming dogecoins every hour as you do for litecoins.

Fourthly, go to zapit.nu/freevta and follow the steps you followed on the previous two occasions.

As you can see by this time, you have entered the world of cryptocurrency without using cash. However, beware of scammers who promise to triple your bitcoins in hours or give you 7% everyday. You require a lot of due diligence before you try any such thing.

According to Roger Ver, a bitcoin angel investor, “Bitcoin is one of the most important inventions in all of humanity. For the first time ever, anyone can send or receive any amount of money with anyone else, anywhere on the planet, conveniently and without restriction. It’s the dawn of a better, more free world”. Are you willing to be part of the better and more free world? Then get free bitcoins and other altcoins for free. The same Roger Ver said last year that in five years he expects one bitcoin to hit $50,000.00. If that happens, what will be the value of the coins you get for free today? They will be much more.

Trace Mayer said, “Mankind has never really owned their own money, it’s always been owned by their rulers. Bitcoin gives the ability for people to actually own their own money”. Would you like to own your own money? Join the bitcoin revolution. You do not necessarily have to buy.

Look out for an article on how to use bitcoins to trade on crypto-currency (bitcoin) exchanges.