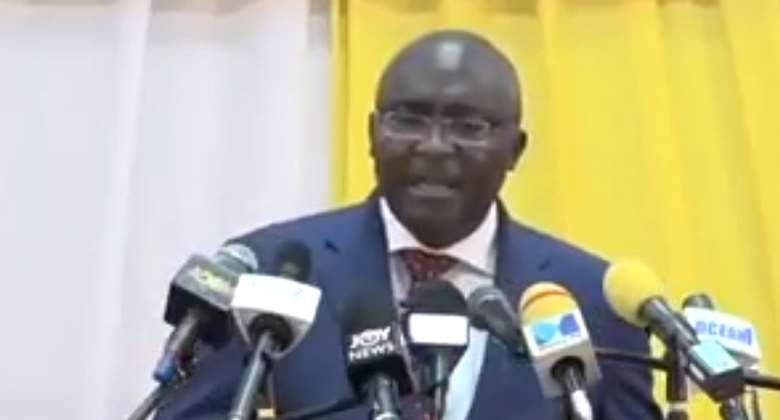 Every time Ghanaian politicians get excited about a technology application, one has to hesitate and ask about the smart Western salesman hiding behind!

Instead of building good decent asphalt concrete roads and highways, Ghana took a loan of $4.2 Billion under the PNDC era between 1989-92. The Accra-Tema highway was smooth in 1990 when I drove on it; but by 1992 the highways collapsed with potholes in just two years! Politicians started buying 4-wheel SUVs to cope with the poor roads and highways!

What a disgrace on a so-called revolution that was staged to combat so-called corruption!

When cell phone technology was introduced to us in the 1980s Ghanaian officials abandoned land lines, and office phones started going down! Today everybody has their personal cell phone but government offices are cut off from communication! As Prof. Ayittey may put it, how can we be so stupid in planning and being paid in government services! The only people smiling are the smart salesmen from the West who come and sell our men in power technological products and systems they often have no clue but get convinced will make them modern! More modern than America eh?

Ghana has no House numbering and street names (till some attempt was made to name streets in some areas under the last year of the Mahama administration, in 2016). With no personal ID number it is hard for Banks and credit grantors to loan money to somebody who is at PO Box 39, Accra. You loan money to anybody in Ghana and you don't see him again! This failure by government has led to all of us paying for the shortage pf capital and hence lending interest rates of 30-39% or even higher in short term merchant loans!!

It was no surprise that some smart salesman sold Ghana a Biometric Voter registration system for $150 million! This writer cautioned that this was a massive waste of money since electricity was not even reliable and that a National ID and Property ID could have been implemented for less than $10 million, a fraction of that money!

Ghana's Vice President Dr. Bawumia is excited about some digital addressing system that will leapfrog what even America has! Oh! Yeah?

With all due respect this man does not know what he is talking about!

Maybe those of you not very knowledgeable enough with technology will be impressed! But wait!

Isn't this similar to the so-called Bio-metric voter registration that was to leapfrog the US and UK and today they are looking for another NATIONAL ID system? Where did the $150 million go?

Maybe Economists and Lawyers can be fooled! Not some of us! No!

Is Wi-Fi Internet in Ghana free? Does anybody know the cost of Wi-Fi in Ghana? In 2 months this year I spent Ghs 500! Without Wi-Fi Internet on your Smart phone how does one access this so-called Digital location!

It is due to this kind of boastful talk of our men in leadership and people who lack specific technical knowledge that our nation has been duped in the $100 million range on many projects that never materialize in value!

My uncle would describe this as Nonsense- Nkwaseasem!

I like Dr. Bawumia, but I think some smart salesman has dazzled him and selling him some gold chains he cannot wear! They are duping him! It is nonsense to think you won't put your number on your walls but a Digital location finder should track you down!!

Where is the location finder coming from? The Israeli or British company selling them the technology will give every Ghanaian one for free? Does everybody has a location finder in his pocket?

Why cant these politicians think practical for a change and within budget?!

Dr. Bawumia has disappointed me in this rhetoric!
This is how Western smart boys come and take our money away from us selling us technologies that if it was good enough they would be using themselves! Spending money without cost-benefit analysis is not wise!