Islam, The Rights Of Subordinates And Servants 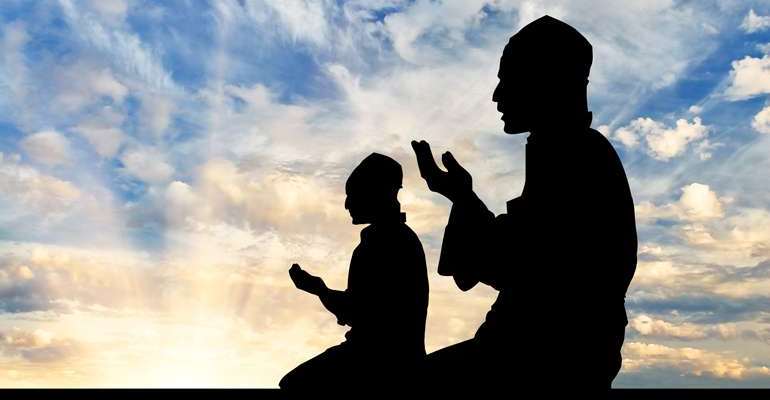 Before you, distinguished reader, is a concise article on the teachings of Islam with regards to how an individual is expected to relate to his subordinates, maids or servants in general. This follows the unending discussions on some media outlets about unfortunate reported cases of abuse of some Ghanaian maidservants in the Middle East area, and the subsequent religious dimensions introduced to the issue.

Contrary to the natural expectation that perpetrators of any crime be treated as individuals, it is always not the case when Muslims are involved. Some people have always chosen to use the actions of Muslims to define Islam instead of the reverse. I have therefore decided to present some Islamic texts which highlight how Islam teaches the best practices as far as living with servants/maids is concerned.

Notwithstanding the numerous Islamic texts on the prohibitions of harming and abusing people, I have chosen to present more specific examples from the speech and actions of the Noble Prophet Muhammed (S.A.W) on this subject. This I believe will clear any misconceptions you have and it will also help clear any prejudice you have concerning Islam simply because of the actions of some Muslims. It will also become clear to you that Islam provides the best model to upholding the rights and welfare of servants because the Islamic texts go beyond the mere prevention of harm to also advocate for treating them (servants) as we treat ourselves. This is captured in the general statement of Prophet Muhammad (S.A.W) that ;

Moreover, the subject should not be focused and limited mainly on the relationship between maidservants and their masters. Rather, it should extend to all other forms of relationship that involves "bosses and subordinates" because we have several subordinates suffering under the hands of their superiors even in Ghana where sometimes superiors take undue advantage of their subordinates.

1. ISLAM CALLS FOR SUBORDINATES/SERVANTS TO BE TREATED AS BROTHERS/SISTERS:

When the Prophet of Islam, Muhammed (S.A.W) saw someone mistreat a servant, the Prophet rebuked him and said;

This beautiful and instructive statement is enough to educate everyone that the mistreatment of subordinates/servants has no place in Islam and that Islam advocates for their kind treatment.

3. ISLAM TEACHES THE MASTER/SUPERIOR TO OVERLOOK THE ERRORS COMMITTED BY A SERVANT/SUBORDINATE :

Recognizing the human nature of both servants and their masters hence the possibility of committing mistakes, Islam teaches that one should overlook the mistakes committed by your servants or subordinates for up to seventy (70) times in one day. In this regard, a man came and asked the Prophet (S.A.W) how many times he should forgive the mistakes of his servant and the Prophet said

This practically closes the channels to abusing servants for errors they commit since it is practically impossible for a servant to commit more than 70 mistakes in a day.

4. IT IS NOT A PROPHETIC EXAMPLE TO HIT SERVANTS: The wife of the Prophet (S.A.W), Aisha (R.A) reported that;

5. THE PROPHET NEVER ABUSED A SERVANT: Anas (R.A) who acted as the servant to the Prophet Muhammed (S.A.W) said;

These few instances from the statements and actions of the Holy Prophet of Islam shows how the misguided actions of some few Muslims who abuse their servants is far from what Islam teaches and advocates.

Furthermore, there are numerous positive stories of Muslims both locally and abroad who have exemplified the beautiful teachings of Islam by treating their servants in the best manner. Thus, the bad conduct of some Muslims should not be the yardstick to measure Islam but rather Islam should be the criterion for measuring the behaviour of Muslims.

These developments should also be a lesson to Muslims to maintain and uphold the standards of the religion and show the whole world that Islam teaches us to be merciful on each other and treat our colleague humans as we want to be treated.