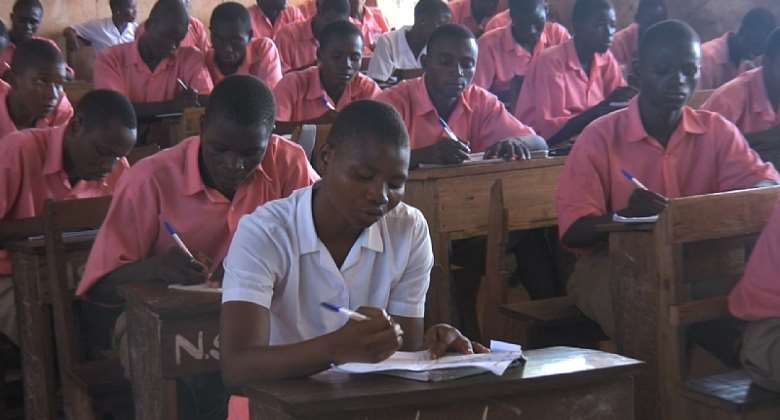 Needless to say prior to implementation of free SHS policy, the opposition NDC with cross section of Ghanaian public have openly expressed unvarnished sceptism about the scheme. With their criticisms focused on feasibility, sustainability and the potential gains that the society will benefit from it now and years to come, they openly expressed disapproval of it

I also share the same sentiment on this policy. Which, per my opinion suffers from absence of foresight, intent and purpose the benefits society will derive from it. And those of you who have been reading Don Lapidario's opinion pieces will faintly remember that l had boldly denounced the policy. I decried the NPP free SHS electoral promise somewhere February of 2017. In which I pointed out the populist nature of It. As it would create more problems for Ghana than solving them in terms of financial burdens

I will rather prefer good economy where the working class or the average Ghanaian can deal with the economy exigencies of daily life, including that of SHS bills with comfortable ease. In that, the cost of life is completely bearable and affordable

Let's be, just a bit critical or analytical with regards to the educational programme which will kick-start in the early days of September 2017. As we try to compare with a family of working class or those Ghanaians from a poor homes. Will this free SHS act as economic cushion or leverage to their advantage? Or of what benefit will the free SHS policy yield to struggling but ever daring parents who managed to further their children through primary to JHS and unable to sponsor them through tertiary educations? What about the impoverished ones who couldn't even afford to send their children to either primary or JHS? On this score the epic policy is patent violation of article of the constitution which prescribes equal treatment of all

You can deductively conclude, nothing significant will be achieved. In either case the situation is 'square one'. Hence the so-touted human capita development is just illusion. In my case, l would have opted for free technical or vocational schools. So that those parents who cannot afford economically to sponsor their children upwards the academic ladder after JHS, free vocational or technical school will be very vital for them

Or should we in this case, try to rope in the benefit of the doubt: Study shows, there will 12% drop in the world poverty level if the poor will be equipped with basic reading and writing skills. Also, according to the survey, a country's economic growth depends on the level of literacy of its people. But that observation is partially true. And is not yardstick for country's forerunners not create economically enabling environment for growth

Or should we assume that free SHS is considered as presumptive strategy of the NPP government in that, it is the stumbling block to get to universities. And that removing the hurdle will actually fit into financially insecure parents whose ambitions are to educate their children to university level? Free vocational or technical schools would have served as instrument of equipping their children with the necessary artisan and creative skills anyway. And the possibility of young entrepreneurs after completing the schools will be realized

Once more, if we have to weigh the goal behind free SHS with eyes fixed on first-cycle education. University studies are not tea or free-bagging service either. If they were, it would have served as the fulfillment of first cycle education attainment or achievement for the poor. That is why some of us have unreservedly suggested a long term cutting-edge national policies

To mitigate unilaterally populist policies of parties whose main political agenda is to win elections. I will suggest that the enactment of such national policies should be charged with council-of-state. That is, members of council-of-state should be the in position to proffer suggestions on measures when taken will have tremendous impact in the long run. Further, the composition of council-of-state should be acquired through merits not by appointment. The in-coming government will have the liberty to appoint its advisers, the so-called staffers of its choice. If that is not putative idea, there must be national consensus for policy making

Delving into the philosophy or essence education: Then we will have to define the concept of free and compulsory basic education. In many western societies salvo Germany with a lot of resources, basic education is primary to JHS level. The basic education gives prospective beginner the initial or first-step preparation for future life endeavors, e.g to serve in police/military services, customs, fire service, correctional officers etc. Also it serves as foundation to learn trades like capentary, dressmaking, bricklaying etc. This would have been far better and l won't hesitate crave for it

Meanwhile, with the country heavily and deeply indebted, the best government headed by Nana Addo could do is to adopt measures that will bring the debt stock/pile considerably down. Apart from the dangers to debt increase, free SHS programme will not have any positive impact, educational or socio-economic on Ghanaian society. So when the president brags about 'successful' implementation of the policy. And his words echoed connotation of triumphalism of a feat that surpassed that of Napoleon Bonaparte to mock NDC apparently. What the president is not telling us what $15 billions loan from China is being used for

As Diaporans, and having our eyes on the prize, the question that comes to mind is; though Dr. Bawumia roughly quantified the Atiwa bauxite reserve as $460 billions. I believe is more than that. And if so, why can't us use the Atiwa resources in landmark and strategic projects like subways, commuter trains or trams (trolley cars) to ease traffic jams in the capital cities? If North Korea with $12 billions in GDP has sophiscated infrastructural network of subways, trams commuter trains, Ghana with over $40 billions in GDP should be able to do more than that.

What about permanent solution to incidents of Odaw river or Korle lagoon which kill tens, if not hundreds of Ghanaians every year, and many other national impediments that are bane to our economic expansion and wellbeing, the revamping and sanitizing National Health Insurance Scheme (NHIS) which many suggest is at the verge of collapse, what about the internal debts?

Agobodzo, Richard
You can contact me through [email protected] or www.facebook.com/Agobodzo Richard