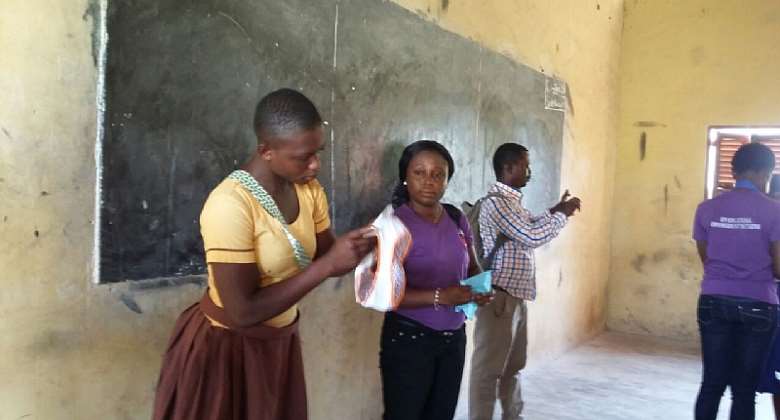 For the past few weeks, there have been various thoughts expressed on the mêlée about extending the closing time of basic schools. Whereas the aforementioned is one that could be described as irrelevant, it has been greeted with mixed reactions.

Unquestionably, pupil’s poor performance is not as a result of the time they spend in school but numerous predicaments that our educational system has been engulfed with for decades now. Unavailability of textbooks and teaching aids coupled with poor remuneration for teachers and the many inapplicable lessons pupils are to commit into memory for later use are the nemesis of poor performance by students.

Due to the escalating development of the universe in recent times, each and every parent has taken the educational success of their wards more serious than ever. This has led most parents to subscribe their children to various activities and programs that would aid in enhancing their performance in the classroom. Some of these desperate parents either enrol their children into after school extra tuition classes or get a private teacher to teach them after school at home.

It is really a fact that none of these programs be it extra class or home tuition is rendered free of charge. Truthfully, most of these services are rendered to the children at very exorbitant prices. It is therefore weighing on parents when after all this effort their wards continue to perform poorly in their academic dispensation. It is true that some parents even strip their wards off household chores just to afford them enough time needed to attend to their books.

Despite all this parents having the thought of helping their wards to be better equipped for the future through education, most fail to see the kind of damage being meted on the premature brains of their wards. Now, they are calling for the extension of the closing time of their wards which is no different from the extra tuition they subscribe their children to. To many of these parents, the time schools close is very short thus less work is done in educating their wards. Disappointingly, that is not the fact.

The realism is that, most if not all parents burden their wards with a lot of responsibilities such that the children have absolutely no time to play and relax their brains. This provides a likelihood of future health problems for the child. Mostly, some of these students who have all the numerous opportunities at their disposal still blow fuse in examinations.

When this happens, who then do we blame? Is it that the tuition was ineffective or the child did not take the lesson seriously? Practice makes perfect they say. This only implies that no matter the number of classes and teachers lined up for a particular child, the rest of the effort solely lies with the pupil.

The effort of the teacher is only 30% by some group of people whereas the rest 70% lies with the pupil. Undoubtedly, every pupil still needs assistance to make the set complete. But does that make all this relentless efforts by teachers and parents justified? The tranquillity of one's brain is without disputation a strong treasure needed for proper learning to take place effectively.

Careful observations by some psychologists have revealed that children who have no play time have difficulty associating themselves with other people. Some of them also have difficulty in learning and understanding. This they reveal happens because their brains are under intense pressure than they can bear.

Truthfully, parents have the notion that if teachers can organize extra classes for their wards at a fee, then their closing time can also be extended and the government bears the cost on their behalf. It is high time parents start to pay attention to the well-being of their children’s development rather than tooting and pushing for the extension of the closing time.

Studying in general is not considered a bad thing, but studying too much can lead to serious health problems, stress and social alienation. Healthline Academia International has noted that studying too much can actually have the opposite of the intended effort, causing students to become distracted, forget important facts or make mistakes classified as Silly.

They also point out that exhaustion and 'burn out' are common. It was also revealed in a research published in the Journal of Experimental Education that students who complete more than 3.1 hours of homework per night experience physical health problems, depression, sleep deprivation, academic stress and a lack of balance in their lives.

A touching remedy for reducing mental stress is through physical exercise and games. But of late, most schools have embarked on an expedition of substituting playing fields with buildings. Worsening the situation however is how parents of this century have forbidden their wards from engaging in any sports activity either at home or school. Physical education periods on basic school time tables are now being used to study strenuous subjects like Science and Mathematics.

The same fate has befallen the music and dance periods. The extinction of these mind-refreshing activities has woefully increased the burden on the brains of students. Have we all too soon forgotten the popular saying that all work and no play make Jack a dull boy?

Looking forward, the unwarranted pressure on students to learn without ceasing would have serious ramifications for their future as well as that of our dear country.

It was therefore commendable, the effort made by the former Minister of Education, Prof. Jean Nana Opoku Agyeman in 2015 to stop the illegal practice of organizing extra classes for students saying “pupils as well as their brains have limits as to what they can absorb”. Her efforts to stop the illegal extra classes was however short-lived. She however erred when she said “teachers can cover all the topics in the syllabus within the stipulated teaching hours.”

It is an undeniable fact that teachers find it very difficult in covering the syllabus before the end of the academic year. They therefore see the extra class time a good opportunity to cover up the gaps. That notwithstanding, their efforts to uphold their end of the deal should not be at the detriment of pupils they are trying to help. This is because their efforts only push students to learn without understanding.

Although the relevance of additional time for pupils and teachers cannot be underestimated, there is the need to give the whole idea a second thought of consideration because even before students close at the stipulated time which is 2p.m., there is already undue pressure on their brains and most begin to show signs of fatigue and mental stress. It will therefore be unjustified to hide behind pupils living dangerous lives after closing and mete out on them undue pressure.

Let us not pretend we are not aware that there are bigger problems very urgent to be tackled in our education. Currently, pupils between the ages of six and twelve are to learn about nine subjects. How can they bear this burden? This has made certain the realness that Ghanaian children are more schooled but are undereducated due to improper working policies. The need to review the many inapplicable lessons in the syllabuses to ones which will suit our status and direction as a country should be bloom on the agenda. If we are to be truthful to ourselves, extension of school hours is not the kind of reform our educational sector needs right now.

The amount of rest required by children should be around 8-10 or more hours a day. But subjectively, most children lack that amount of rest each day. It is time parents begin to consider the option of giving their wards a break. Their offer of help is causing more harm than good. Nobody can do more than his/her body can allow. The same phenomenon applies to the brain. Once it gets to its limit, no amount of input would yield the much needed results.

There is also the need for the Ghana Education Service and the Ministry of Education to take steps towards the restoration of P.E. and Music and Dance into the school curriculum. After all, all students are not academically inclined. Others who fall in the art, music and sports categories should also be given a fair share of the educational fund.

Aye, an extension in the closing hours would certainly spark an increase in wages of teachers as it has already emerged in the ensuing arguments that followed the minister’s suggestion. What is prudent is the supply of educational materials that would aid in teaching and learning. It is also an established fact that some teachers exhibit high levels of lackadaisical attitudes in executing their mandate due to unattractive wages and unappealing working conditions. Government should lay more emphasis in remedying these challenges rather than extending the school hours.

As the back and forth’s continue on the this topic, let us endeavour to take into consideration the majority of Ghanaians many of whom are self-employed and requires the help of their wards to make ends meet.

God bless our homeland Ghana and open our eyes to the truth of our underdevelopment.

Kpedator Elorm
A native of Woe in the Keta Municipality and a teacher at Tokuroano D/A Primary ‘A’ in the Krachi East District.

We can't wait any longer – CLOGSAG to embark on nationwide s...
44 minutes ago