Why Chief Kufuor's Pro Was Frozen 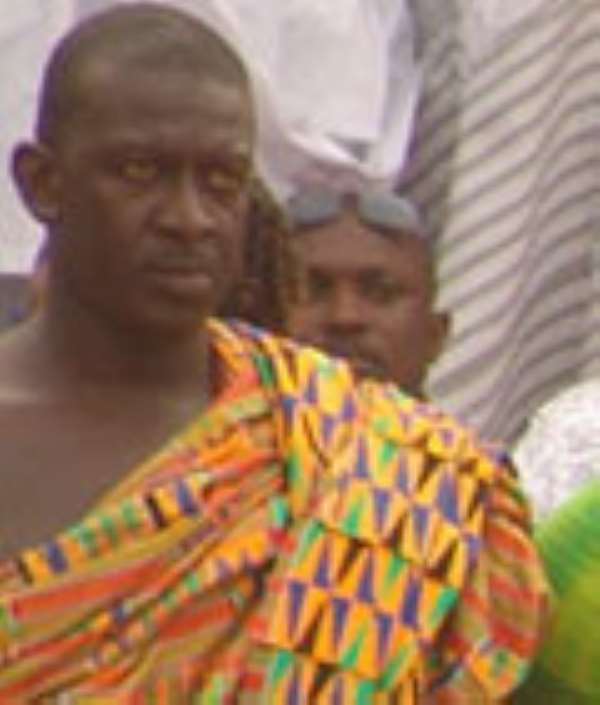 ... Did he spill the beans over Kufuor's parentage? Everybody must have gotten it wrong. 'Ghana Palaver' especially may have gotten it very wrong. When “the sick as a parrot” (courtesy 'Daily Guide') Charles Sam, the Public Relations Officer (PRO) of “Chief” John Addo Kufuor, said that President Kufuor had advised his eldest son Chief Kufuor to buy “Hotel Kufuor” because “Chief” Kufuor would inherit the President as his eldest son according to their custom and tradition, everybody must have wrongly assumed that poor Charles Sam was talking about Ashanti custom and tradition.

'Ghana Palaver' even went to the extent of quoting from one of Ghana's leading authorities on Ghana Land Law, Professor Kwamena Bentsi-Enchill, to prove that Ashantis are a matrilineal society and therefore nephews, not sons, inherit uncles, and that “Chief” Kufuor as a son, could not inherit his father the President on the latter's death intestate.

With that, we rubbished Charles Sam's claims and the NPP Government also “froze” him out of existence.

The story as put out by the NPP Government mouthpiece, 'Daily Guide', was that Charles Sam was “a self-acclaimed official spokesperson for the President's eldest son”, that following his intervention, he had collapsed from an “undisclosed ailment” and had been “bedridden since his unsolicited explanations” and had chosen to remain “incommunicado, and was said to be sick as a parrot”.

Readers may recollect that after we had done the expose on Kofi Wayo ratting on Jake Obetsebi-Lamptey that once when he got “toasted”, Jake called President Kufuor “an Ashanti bastard”, and followed up with the question, “Who is Kufuor's Father?” one writer who described himself as an Ashanti elder went ballistics and really took us to the cleaners.

Strangely, however, neither the Kufuor family nor the Presidency took us to task or commented on the matter, the usual NPP strategy of dealing with unpalatable publicity.

Castle sources have hinted that the Kufuor family and the Presidency wanted that story about the President's biological lineage dropped like a hot potato, especially as there were hints that 'Ghana Palaver' planned to continue its expose with the revelation that each of President Kufuor's 8 maternal siblings had a different father and that the President's father had a working relationship with the father of the late Justice Dixon Kwame Afreh of the 'Quality Grain Affair” fame.

So when Charles Sam volunteered the information that according to the President's “custom and tradition”, the eldest son inherits the father, and went on to repeat it three times in the interview, the President's spin doctors became alarmed that some smart Alec would begin asking questions whether Charles Sam was talking about some “custom and tradition” other than the Ashantis, who every JSS I pupil knows are a matrilineal society.

Information available to the 'Ghana Palaver' shows that Charles Sam was indeed talking about a society other than Ashanti, that the inheritance system of that society is patrilineal, and that in that society, which is where the President's real roots are from, the eldest son indeed inherits the father.

So Charles Sam had to be frozen out of existence, hidden from public view and unavailable to the media, leaving still unanswered the question, “Who is President Kufuor's Father???