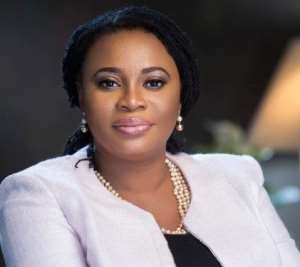 The Electoral Commission has failed to produce actual evidence of the implementation of the Representation of the People’s Amendment Act, 2006 popularly known as ROPAA to an Accra High Court as ordered a month ago.

The Commission is now seeking to rely on two documents it tendered before the court as evidence of implementation of the law despite an earlier admission that those two documents were insufficient evidence.

Over ten years after the ROPAA law was passed which will make it possible for Ghanaians living abroad to vote in Ghana’s elections, the EC, which supervises Ghana’s elections has not taken steps to implement the law.

As a result, five Ghanaian residents abroad initiated a legal action against the EC, seeking to force the EC to implement the law.

They contend that failure to implement the law is a breach of their fundamental human rights which are enshrined in Articles 17(2), 42 and 33(5) of the 1992 constitution.

Among others, the plaintiffs are seeking “a declaration that each of the applicants’ ‘right to vote and entitlement to be registered as a voter for the purposes of public elections and referenda’ in light of the Act 699 and said various and legal instruments are not subject to any condition precedent aside the article 42 citizenship, age and sanity of mind criteria.”

They also want a declaration that “it is discriminatory for respondents, [particularly the Electoral Commission] to continue to register abroad and ensure that a category of citizens studying abroad or working in Ghana’s Missions/Embassies abroad vote in public elections and referenda while living abroad to the exclusion of the applicants.”

The EC submitted two documents to the courts outlining what is says were efforts being put in place to implement the law but lawyer for the plaintiffs Samson Lardy Anyenini said, the documents were insufficient and did not show in clear details what steps have been taken to execute the law.

One of the documents contained a roadmap towards the execution of the policy but fell short of giving timelines and exact plan of action to be taken.

Lawyers for the EC agreed and prayed the court to give them two more weeks to furnish the court with further and better particulars on what is being done by the election management organization in respect of implementing the ROPAA law.

When the case was called Thursday, the EC made a u-turn, seeking rather, to stick to the two documents they had tendered earlier, Joy News’ Joseph Ackah Blay reported.

This did not go down well with the plaintiff’s lawyer as well as the Judge, Justice Anthony Yeboah who quickly asked the defendants what the EC has been doing after preparing the roadmap which it has tendered before the court.

The lawyers said a number of meetings have been held in the last two weeks in respect of the execution of ROPAA.

The judge wondered why the defendants did not even bring minutes of the meetings held by the Commission as evidence of work being done in furtherance of the implementation of the ROPAA law.

With the EC bent on relying on the two scanty documents before the court as their evidence-in-chief and a testimony of their efforts towards the execution of the ROPAA Law, the judge has also promised to rely on those two to give his ruling when the need arises.