Cut Sarkodie Some Slack; There Is No Justification For An Apology 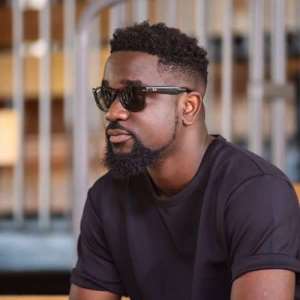 Myths or legends have been heard about several ethnic groups since time immemorial. These are stories which are transmitted from one generation to the other through oral tradition. They are widely known not to contain any elements of truism obviously because of the apparent absence of empirical evidence to substantiate them. One of such myths is the story told about Krobo ladies where the legendary character, Okomfo Anokye is said to have cursed Krobo ladies to be purportedly promiscuous when some Krobo ladies glanced at his nakedness at a time he was bathing in a river, sometime in the 15th Century.

In a song released recently by reigning MTN Hitmaker winner, Kurl Songx which is christened Jennifer Lomotey, multiple award winning rapper, Sarkodie who was featured on the tune, incorporated the aforementioned myth into the lyrics he dropped on the tune. Following the release of the song, a controversy has erupted because of the said myth Sarkodie reechoed. Some sections of the Krobo youth and their traditional authorities have been reported in the past few days expressing vehement displeasure at the myth Sarkodie reechoed.

These reactions are expected because these issues related to ethnicity are usually very sensitive that loyalists to ethnic groups would not take lightly if they find them to be derogatory and demeaning. Considering the content of this particular legend about Krobo ladies, any objective and reasonable person would find them to be demeaning from a literal perspective. To say that ladies of a particular ethnic origin were cursed with ‘adwaman’ which literally means to be promiscuous would definitely not be accepted in a positive light by the people.

However, in the light of a fair, objective, constructive and comprehensive approach in distilling my opinion on this issue, I am of the conviction that this matter must be viewed from another perspective. I consider this as a matter of interpretation. Construing words from a literal perspective as highlighted above is not the only way to interpret. Interpretation can aslo be done in a manner which goes beyond the literal interpretation. In an attempt to ascertain the real intendment or intention behind the lyrics unleashed by an artiste, one must also take into consideration the context within which the statements or words were used. The surrounding words or phrases accompanying the words one wants to construe or ascertain its meaning must also be taken into consideration in aiding the ascertainment of the true meaning of the words in question.

Upon subjecting the aspect of Sarkodie’s lyics in the song which has become the subject of controversy to scrutiny, I have been convinced to hold the proposition that there was nothing wrong nor inappropriate about Sarkodie’s employment of the said myth in the song. I have decided to go beyond construing the words from a literal perspective by considering the context within which Sarkodie used the myth. Listening to the lyrics of the song carefully, I noticed that the primary purpose of the song was to express appreciation and romantically convey compliments to a loved one.

The lyrics are complimentary in nature. Sarkodie’s lyrics were intended to excrete compliments on a loved one, known as Jennifer Lomotey. “Krobo nii baa papa aa, ahweneɜ da ne sisi, Okomfo Anokye de adwaman no abↄ ne dua.” To wit, “a good Krobo lady with beads around her waist, Okomfo Anokye cursed her with promiscuity.” Construing this line prima facie, one would hastily conclude that the line was derogatory against Jennifer Lomotey and impliedly, to all Krobo ladies. Obviously, to be cursed with promiscuity literally is not something deemed to be positive. However upon considering the surrounding lines Sarkodie used would indicate that Sarkodie’s intention was never to demean Jennifer Lomotey and all Krobo ladies.

Examining a preceding line like “Jennifer gya me hↄ a, medi me sugya” and a subsequent line like “onim deɜ makoma pɜ, onim ade yↄ” are sufficiently suggestive of the indication that Sarkodie’s intention was to shower compliments on Jennifer Lomotey and impliedly, all Krobo ladies and not to demean their dignity. Further, the ‘adwaman’ as used in the line in question was not, in my view, to mean that Jennifer and all Krobo ladies are promiscuous or prostitutes in the literal sense but rather to mean that Jennifer Lomotey is good in bed and therefore, competent enough to satisfy Sarkodie sexually. Being good in bed does not necessarily mean that one is promiscuous or a prostitute. I see a thin line that exists between them.

On the basis of the premises outlined above, I therefore do not find any convincing and sufficient basis upon which Sarkodie should apologize, as some sections of the public are demanding. As I stated supra, the incorporation of such a legend into the lyrics, prima facie, would expectedly ignite an emotionally charged up attack on Sarkodie by loyalists of the ethnic group. However, I would plead with the emotionally aggrieved to be calm. It is high time that a thick skin is developed for these myths. Myths are not peculiar to only Krobos. There are centuries old myths told about other ethnic groups as well which some are even relatively more ridiculous and derogatory prima facie. If members of other ethnic groups were to express their sensitivities caused by the myths, it would have been significantly injurious to our peaceful ethnic co-existence. Let us enjoy this excellent masterpiece. Making a mountain out of a molehill with this line by Sarkodie would be detrimental to the admiration and enjoyment of this generally excellent creative sound.