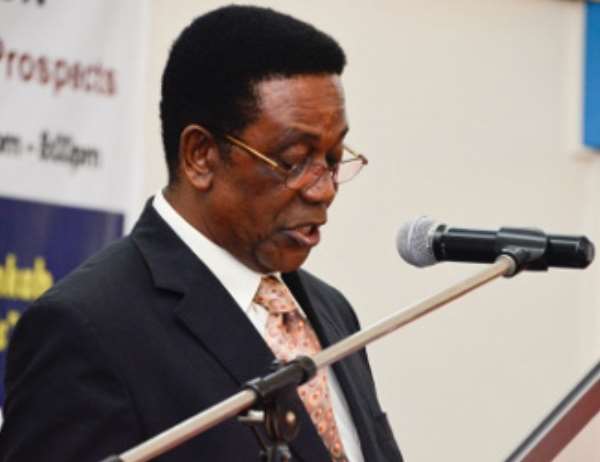 The Minister-designate of State in charge of Tertiary Education, Professor Kwesi Yankah has stated that he is a card-bearing member of the New Patriotic Party and not a sympathizer.

The Vice Chancellor of Central University answering questions during his vetting at the Appointments Committee Monday said he stopped being a sympathizer of the NPP long ago and is now a bonafide member of the ruling party.

“I stopped the sympagthiser thing long ago…I am a card bearing member of the NPP,” the former Pro-Vice Chancellor of University of Ghana said.

Prof. Yankah also noted that most of the universities have veered off their core mandate for which they were established in order to raise revenue to manage the institutions.

“It is quite clear that many universities have evolved over the years and in so doing, they have left behind the original mandates for which they were established. University of Cape Coast was originally for science education, [University of Ghana], Legon started as a liberal arts institution. They eventually tended to roll out science and engineering programmes from their own experience.

“It looks to me as if the public universities which were originally not struggling for survival have reached the point where they realise that government’s subvention has been going down and has moved away from the original practice where subventions were given even over five-yearly intervals to a point where even the yearly subventions are not coming forth as quickly as expected and they have to negotiate their way through getting subventions.

“So this has compelled them to violate a norm that shouldn’t be violated by many such universities, namely: moving away from the differentiation and diversification that one would expect with several universities.

“Everybody is developing programmes and courses apart from satisfying the national needs, but largely also to ensure that they survive as a university, that is a very unfortunate development and I think it is one area that we should be looking at.”

The Innocent Flower Looking Akufo-Addo Is The Mother Serpent...
4 minutes ago