Atheism in Nigeria: Challenges and Opportunities 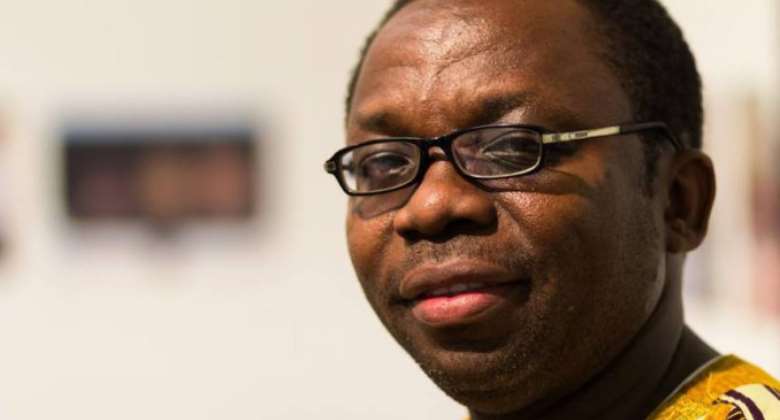 Atheism is now an ‘incorporated belief’ in Nigeria. The news, coming out of Africa’s most populous nation, says that the country’s Corporate Affairs Commission has, at last, issues a certificate to the Atheist Society of Nigeria (ASN). The person who announced the registration for the first legal atheist (by official name, not the mission) organisation on Facebook used the phrase “AND BOOM!!!” which clearly indicated a pleasant shock and surprise.

It was indeed a milestone, a longstanding process that many imagined would never be finalised. A Nigerian atheist, on hearing this new, posted a comment on Facebook stating that he never expected that the group would be incorporated in his lifetime.

He wasn’t in shock, of course, because there was something wrong with the application. Rather, he was in shock because of the intolerance that is often displayed bty state officers and their religious allies. There have been long-held concerns regarding the entrenched bias and negative perception of atheism in the country. Previous attempts to register a non-religious outfit, the Nigerian Humanist Movement, had been unsuccessful. The state agency in charge of incorporating associations rejected the application several times without stating any reason for doing so.

So, how and why did this happen?

First, it is important to note that organised atheism is a recent phenomenon, although atheistic belief is not. There has been an erroneous notion that there are no atheists in Nigeria. That is patently untrue. Atheists exist in Nigeria. They may not be as organised and vocal as their counterparts in other parts of the world, but atheists are found everywhere among the old and the young, in our schools and colleges, even in our churches and mosques.

The problem has been that non-theists in Nigeria have had to contend with living in communities where people often assume that everyone should be religious or should believe in God. This is evident in the names that Nigerians bear and the way these names are used to place people in various religious and theistic boxes that sometimes they do not belong.

For instance, people who are identified as James, Doris or Callistus are automatically assumed to be Christians. Nobody bothers to inquire from these persons if they believed in the father figure in the sky. Not only that, those who bear names such as Muhammed, Maryam, Musa, Aminat or Mubarak are automatically believed to be Muslims. It is taken for granted that they subscribe to the notion that there is no god but Allah and that Muhammad is his messenger. Attempts are seldom made to find out if their names were indicative of their cultural background, not their religious belief.

Nigerians are compelled to take part in god affirming ceremonies, rituals and activities. Non-theists live in societies where atheists are constantly vilified, and atheism is perceived as evil and immoral. Godlessness is treated as a social and political taboo. Rejecting belief in god or expressing hostility towards such a notion is seriously frowned at.

So Nigerians are brought up to think that there is no worthy alternative to theism or to religion. People are made to profess belief in God or to engage in godly activities; whether they believe or not. Believing in God is not a matter of choice but a matter of force. Religion is not an option, but a compulsion.

There is practically no space for atheism, for the godless, the god-free, or god-indifferent to be. There is no recognition of the right to freely express doubts and disbelief in God. Theism is ubiquitous and comes in different shapes and sizes. In families, parents bring up their children to be religious and to worship their own God. Parents teach their children to pray to their own God, to attend their own churches and mosques and to present themselves as their own god-fearing kids.

Even if parents slack in bringing up their children to fear God, schools provide the theistic missing links. Children are sent to actual or quasi-faith schools and colleges where religious indoctrination, not critical liberal education, is the norm. Most Nigerians grow up, socialise, vote and even marry along religious and theistic lines. They detest atheism, and to disrespect and discriminate against atheists. People perceive atheists as fools, as persons without morals or as devil worshippers and as enemies of God or Allah.

This negative perception has hampered the cause of atheism and freethought in the country. This mistaken idea about godlessness is a critical factor in the way atheists are perceived and treated in the country, and also how atheists themselves negotiate spaces. Atheism has until recently been invisible because many atheists in Nigeria are afraid of ‘coming out of the closet’ with their nontheistic or anti-theistic beliefs. Atheists in the Christian dominated southern Nigeria could be ostracised by families or be sanctioned by the authorities at faith schools. They could be scapegoated for the sufferings in their communities. Atheists could also lose their jobs or be refused employment; they have virtually no chances of being elected into public office.

In Muslim dominated Northern Nigeria where sharia law is being implemented, people who openly express their atheism could be imprisoned or executed. Islam and politics mix in ways that leave no dignified space for apostates, infidels and ‘blasphemers’ to be, to live and express themselves. So atheists are forced to pretend to be Allah worshippers. Atheists are coerced into presenting themselves as Muslims when in actual fact they are not. The implication is that the religious statistics in Nigeria has been highly misleading because many Nigerians who are officially identified as Muslims or Christians are, in fact, atheists or agnostics.

Looking Ahead
So, the incorporation of the Atheist Society of Nigeria is a welcome development and a signal for hope, freedom and positive change. This promised change is evident in two of the organisation’s objectives. First, “To provide a voice for freethinking individuals and societies in Nigeria”, and then “to promote rational, critical and scientific thinking”. The atheist society is set to provide a counter-narrative to pervasive theism, mysticism and supernaturalism, and to help fast-track an intellectual awakening in the country.

The registration of this society will provide a strong voice to nontheistic Nigerians. It will give atheists a legal platform to campaign against superstition and religious extremism. It will also provide them a legal platform to promote the human rights of non-theists and ensure equality for all persons before the law despite their belief in God or lack thereof. The incorporation of atheism will further help correct the long-held notion that there are no atheists in Nigeria, and that the country is populated by theists-Christians, Muslims, and traditionalists. In fact, the registration of this atheist society will embolden more non-theistic people across the country to come out of their closet and facilitate a significant shift in the bloated religious/theistic demography of Nigeria. A Nigerian atheist hinted at this benefit in a comment that was posted on Facebook. He said, “I know that we are much more numerous than statistics show. Our numbers would swell if it weren’t for agnostics and atheists living in fear for their jobs and lives and fear of being abandoned by their friends and family”.

Hopefully, the registration of the atheist society will turn this fear into courage and commitment. Hopefully the registration will engender a newfangled respect for the humanity of non-theists and the enhancement of the visibility of non-believers and atheists in Nigeria and beyond.