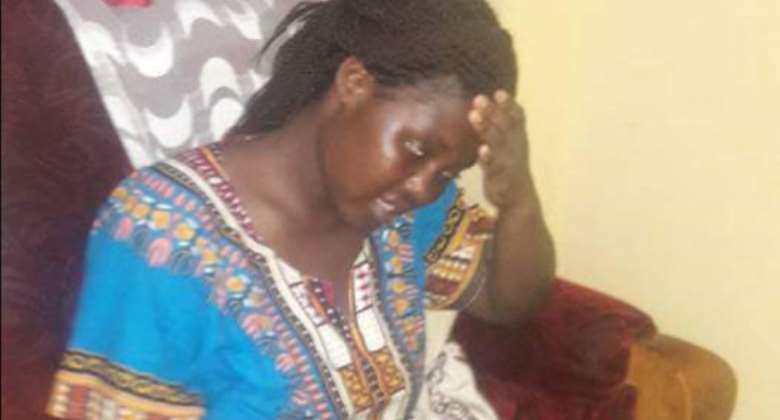 We the members of Modern Women of Wisdom Organization an all female advocacy group are highly disgruntled at the manner in which a female worker at Marwako fast foods was physically assaulted by her Lebanese branch supervisor.

The eyes of Miss Evelyn Boakye were soaked in hot blended pepper for reasons best known to her Lebanese supervisor called Jihad Chaaban.

The rise of abuse of Ghanaian workers by their foreign employers is becoming frightening if not deafening.

Some of these foreigners abuse their workers particularly women by raping them or constantly hitting them with sharp objects.

These foreigners enjoy taking their anger on their workers by isolating them from the outside world. Both the physical and mental efforts of these workers are steered through unconditional submission by their foreign bosses instead of enjoying mutual benefits.

Aside from being given minuscule amounts as salaries, these workers are compelled to work their lungs out like ancient slaves by their foreign masters.

They mostly deprive their workers access to education and recreation to ensure that their workers remain uneducated, helpless and dependent.These workers are not allowed to choose their lifestyles.

They live and die for them.
These Foreign employees instil a sense of inferiority complex in their workers so that their employees "know their place" and take interest in their masters' enterprise.

The punishment meted out to indigenes by these foreign employers in response to disobedience or perceived infractions is an eyesore.

Sometimes, pregnancy is not even a barrier to their punishments. They have special methods devised to administer punishment to pregnant women.

Today, we say, "Enough is Enough".
This maltreatment by foreigners must stop now, Ghana is an Independent Country.

We find the "fast track" damage control press release issued by the CEO of Mawarko fast foods laughable and disgraceful.

If the eyes of the daughter or the wife of the CEO were soaked in blended pepper we don't think he would have gotten the courage to issue that press release.

We are talking about one of the complex parts of the human body called eyes. The eye is the camera part of the body.

We don't believe the CEO and his supervisors understand visual impairments.

We, therefore, call on the Ghana Police service, the Gender Ministry and civil society groups to adhere to our clarion call by seeking justice for Miss Evelyn Boakye.

Together, we must challenge this and the stereotypes that undermine worker's voices and portray that violence against workers is unacceptable and will not be tolerated by anyone.