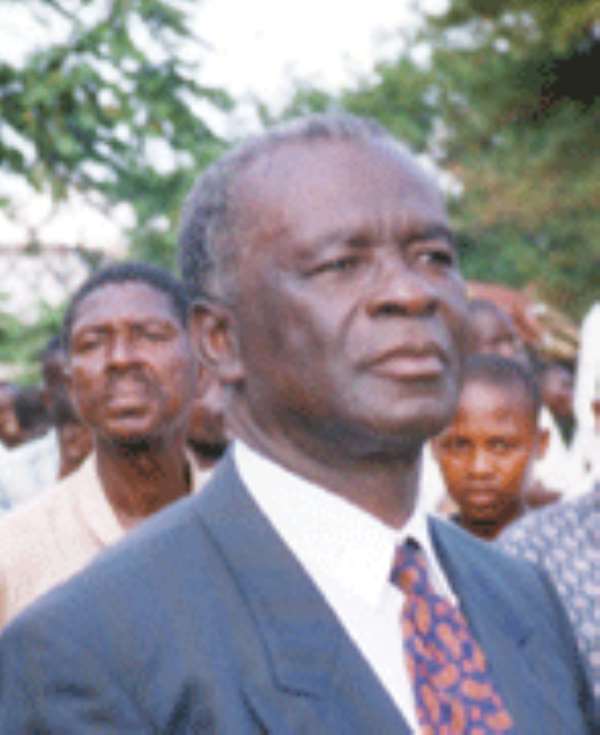 Nana Akwasi Agyeman, former buddy of former president Rawlings, who served as KMA's boss for a number of years, has allegedly managed to “use” cash to win the hearts of 54 of the 87 member-assembly who are prepared to give him the nod, should President Kufuor pencil him.

Other members who did not enjoy the alledged largesse, have, however, resolved to oppose his appointment.

A source at the Waste Management Department of the Assembly told Daily Guide last Monday, April 11, while there on a visit, Nana Kwasi Agyeman Allegedly doled out an unspecified amount of money to any worker he chanced upon.

Okumkom, as he is popularly called, also took a number of the assembly members and workers to “On The Run”, a restaurant near the Manhyia Palace, in Kumasi, and feted them, as another means of winning them over.

His manoeuvres took another turn last Tuesday, when during their general meeting, assembly members were saluted by him, as he walked into the conference hall.

The meeting which discussed the 2005 Budget Statement, did not invite Nana Akwasi Agyeman.

Mr. K. Senkyire, an assembly member, however, explained that Okumkom did not gate-crash, but arrived on the invitation of the acting Mayor, Hon S.K. Boafo, who is also the Ashanti Regional Minister.

Daily Guide learnt that as soon as Nana Agyeman entered the hall, through the VIP exit, while the meeting was in session, he raised his hands, drew the attention of the members, saluted them, and left without uttering anything further.

His regular visits to KMA outfits it has been suggested, are aimed at ensuring that he gets the top job in Kumasi, and he is suspected to be supported by top New Patriotic Party (NPP) top men in the region, including the regional minister.

The 54 pro-Okumkom assembly members have formed a caucus which has resolved not to tolerate any imposition, besides Nana Akwasi Agyeman.

A source has whispered to Daily Guide that the current presiding member of the Assembly, Nana Kofi Senyah, had his appointment with the support of Nana Akwasi Agyeman.

It has also been alleged that those who are supporting Okumkom are those who manage public toilets in the metropolis.

Management of public toilets in Kumasi, have been reported to the Serious Fraud Office by certain concerned persons who feel they suspect impropriety.