The Fall Of Kwame Nkrumah 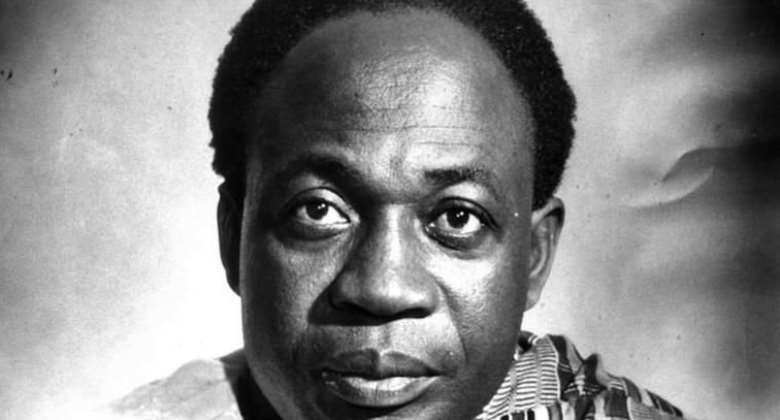 On February 24, 1966, the first President of Ghana, Osagyefo Dr. Kwame Nkrumah, was removed from office through a joint military and police coup. The overthrow of the Convention People’s Party (CPP) government 51years ago is regrettable, to say the least.

In 1956, the CPP won the Legislative Election leading to independence and Kwame Nkrumah became the first Prime Minister of Ghana. He was later elected President of the first Republic in 1960.

According to declassified documents from the Central Intelligence Agency (CIA), the United States, France and Britain had been trying to truncate Nkrumah’s regime since 1964.

President Nkrumah was seen as an ally of erstwhile Soviet Union and the Eastern Europe. But the pan-African leader declared his position in one of his famous statements, “We neither face East nor West; we face forward”.

At the invitation of President Ho Chi Minh, Dr. Nkrumah left Ghana for Hanoi on February 21, 1966, to resolve the Vietnam War. Since the country had no vice president, Ghana was left in the control of a three-man Presidential Commission.

Consequently, the CIA-backed coup in Ghana was carried out at the dawn of February 24, 1966, while Nkrumah was still on a peace mission in Southeast Asia. And that became the end of Nkrumah’s political career in Ghana.

The masterminds of the 1966 revolution were Col. E.K. Kotoka, Major A.A. Afrifa, and Mr. J.W.K. Harley, the then Inspector-General of Police. The bloody coup d’état that toppled the first Republican Constitution of Ghana was codenamed ‘Operation Cold Chop’.

The rationale behind the coup
In the early morning hours of February 24, 1966, Col. Kotoka of the 2nd Infantry Brigade is quoted to have announced on Radio Ghana that, “Kwame Nkrumah is overthrown, and the myth surrounding him is broken”.

One may ask the question, what inspired the security officers to overthrow Osagyefo Dr. Nkrumah? And on what basis can the coup be said to be justified?

The famous coup-makers cited Nkrumah’s Preventive Detection Act (PDA), mismanagement, dictatorial practices, abuse of human rights, oppression and the deteriorating economy of Ghana as the principal reasons for the uprising.

Just to play the devil’s advocate. How did the revolution contribute towards national development? Did the country’s fortunes improve in any way after Nkrumah’s administration was deposed? Obviously, your guess is as good as mine.

His strengths & weaknesses
Dr. Kwame Nkrumah was not without flaws. And like every human, he had his strengths, weaknesses, success, and failure or downfall. I cannot be mistaken to allude the above as the underlying factors that resulted in his overthrow one way or the other.

For instance, the one-party state Nkrumah created in the CPP, the declaration of ‘Presidency for Life’ by Osagyefo in 1964, and the imprisonment of opposition members without trial were quite unfortunate.

But some political analysts and historians have justified the PDA which was passed into law in 1958. The Act empowered President Nkrumah to imprison his opponents without trial up to 5years, and later extended to10years.

The PDA has been described as a necessary evil because of the series of bomb attacks and assassination attempts on Osagyefo’s life. There were at least seven attempts to assassinate Dr. Nkrumah during his presidency.

Many Ghanaians took to the street and jubilated over the saddened revolution which forced Dr. Nkrumah into political asylum. Subsequently, the long-term goals, policies and vision of Nkrumah became a mirage.

Today, there is a paradigm shift in Ghana’s history. Kwame Nkrumah, who was once vilified by his own people, is now recognised for his exemplary leadership in Ghana and Africa as a whole.

Osagyefo was a selfless leader who did not pursue his parochial interest to the detriment of his country. His drive for the total liberation and unity of Africa also affected his administration in diverse ways.

Nkrumah’s achievements
The success story of Dr. Kwame Nkrumah distinguished him among his contemporaries in Africa. His ideology for pan-Africanism, Africa liberation and self-governance earned him an enviable reputation worldwide.

It therefore came as no surprise when Nkrumah was pronounced Africa’s greatest son (Man of the Millennium) in the year 2000. His social policies and style of leadership were impeccable.

As an international icon of freedom in Africa, Kwame Nkrumah was the first leader in sub-Saharan Africa to gain independence for his country from the British colony in 1957.

Dr. Nkrumah was, undoubtedly, one of the finest presidents Ghana and even Africa has ever had. He is fondly remembered for the better roads, schools, hospitals, factories, the Akosombo Dam and the Tema Harbour, just to name a few.

After the overthrow of the CPP administration, Nkrumah sought political exile in Conakry with his Guinean counterpart, President Ahmed Sekou Toure. He was appointed Co-President of Guinea until death laid its icy hands on him in 1972. He died at the age of 63.

There is no denying that successive governments have, over the years, abandoned most of the projects and policies of Osagyefo based on political grounds. A poor maintenance culture is the bane of this country.

As we mark 60years of independence, it is important that fellow Ghanaians remain united and draw inspiration from the achievements, ideology, and vision of Kwame Nkrumah and our founding fathers for the purpose of nation building, regardless of our political affiliation.

“The forces that unite us are intrinsic and greater than the superimposed influences that keep us apart”, Kwame Nkrumah.

Maj. Afrifa Cheering His Men After The 1966 Coup D'etat

How Nkrumah Received The News Of The Coup While In Hanoi

Large Crowds Gathered To Celebrate The Overthrow Of Nkrumah In 1966