Could Tribal Bigotry Be the Fuel Of Woyome Hullabaloo 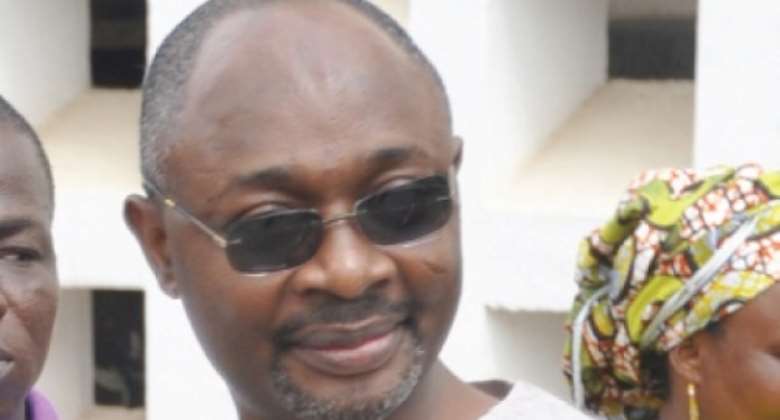 ..I am not a legal expert, nor do l pretend to be one, but is just a common knowledge, for example; when a teller at a bank or any other individual mistakenly, deliberately or even fickly makes a deposit of money into another person's account, l think the purported error needs very short period and/or time frame, like few minutes to an hour to make rectification, and if the time to rectify the "error" elapses, the potential beneficiary will not be legally liable for using the deposit..

And if we have to take cue from above concept, it would be more juicier and legally binding right of ordinary Ghanaian when the deposit was authorized by constitutionally mandated body like the High Court of Ghana. It will be left for legal expert to determine the level of criminal responsibility for using the amount deposited into your account, even if there is, it won't have far-reaching repercussions legally speaking

The subject under discussion is, in 2010, businessman, philantrophist and financier Mr. Alfred Agbesi Woyome was awarded Ghc 51.2 millions as judgement debt. I do not have proof, evidence to sustain my analysis but if l should take cue from decision made by judicial body in charge of interpreting evidence brought before it and making decision henceforth, l will be tempted to conclude that, somehow Mr. Woyome had presented a strong case before the 'grand jury' which culminated verdict in his favour

Shortly after the court determined that indeed Mr.Woyome had a case and an amount of Ghc 51.2 Millions be awarded as compensation for a role he played in construction of stadia 2008 tournament held in Ghana, he was arrested and charged with making financial loss to the state through defrauding by false pretence

"Ghana sweet keke" as some will put it, but how do we go from compensation authorized by constitutional mandated body like the Ghanaian judicial system to financial loss to state through defrauding by false pretence?

However, Martin Amidu, quickly sought redress in supreme court, the highest court of the land after Mr. Woyome was cleared of any wrong-doing by the High Court in 2015.

Mr. Amidu a former attorney general and minister of justice under Mills-Mahama government was forced to resign, some say, sacked because he personally opposed the payment of the money to Mr. Woyome and publicly implied that Government had a hand in the court verdict which tipped scale of justice in favour of Mr. Woyome

So far, Mr. Woyome is yet to return the money in compliance to Supreme court's verdict of 2014 which determined that indeed the money was illegally paid. But am yet to come to terms when in early 2015 the same justice system cleared Mr. Woyome of financial loss to the state through defrauding by false pretence. So on what Supreme court based its current verdict that the money was illegally paid, may be on technicality?

But, is technicality blanket proof that renders Mr. Woyome's allegations and evidence presented in court of law worthless? Despite litigations and counter-litigations against and in favour of Mr. Woyome which have virtually ended up in nothing, a section of the public has joined the fray

When he was accosted in super market at Achimota by citizen vigilante with intemperate rhetorically tribal rantings, something to the effect, "Woyome the Ewe thief" and the chorus sung by symphatetic anti-ewe cabals at Ghanaweb comment column and another incident; a trader quoted Woyome brouhaha as her reason not to pay income tax of a business she runs upon arrest effected by AMA authority. And if we have to juxtapose Rawlings' painting Mr. Woyome a thief to balance the equation that other tribal sentiments there is element of truth but many have dismissed Rawlings 'chidings' as political expediency

But his people showered him morale support when he visited volta region in apparent bid to parry off what they claim as tribal driven hatred and that several entities and indibiduals have benefitted from judgement debts, some, during Kufour led NPP regime, and those who were awarded the judgement debts have not attracted such jolt in public opinion, media cabals and politicos de élite

Well, for those who may not know the Ewes, as people, they can be compared to the kurds for example who demographically and geographically stretches from Turkey, Iraq, Iran and Syria or the shia in similar composition But we are different; our folks live in parts of Togo, Benin and Ghana. Sociable, peaceful and willing to work with everybody in harmony people

As if the concert party put up by our justice system and Ghanaian societies and institutions is not enough, Mr. Martin Amidu has won another bid to retry Woyome in the supreme court once more after the supreme gave Mr. Amidu the go ahead to cross-examine Mr. Woyome

"What cross-examination again for" should be the question we, including Mr. Abdul Malik Kweku Baako, veteran and maverick journalist and Nana Akomeah, NPP's communication director be asking instead of dancing and asking for live telecast respectively

And if we should pick any of these judicial decisions at all, the verdict of the supreme court in 2014 with determination that the judgement debt was illegally awarded and the money be refunded should be the one, though l have serious doubt we will be able to recoup the money which might have been spent by now

Agobodzo, Richard
The author is Ghanaian based in Europe, you can contact the author through [email protected] or www.facebook.com/Agobodzo Richard