The Menace Of Divergent Doctrines In The Christendom 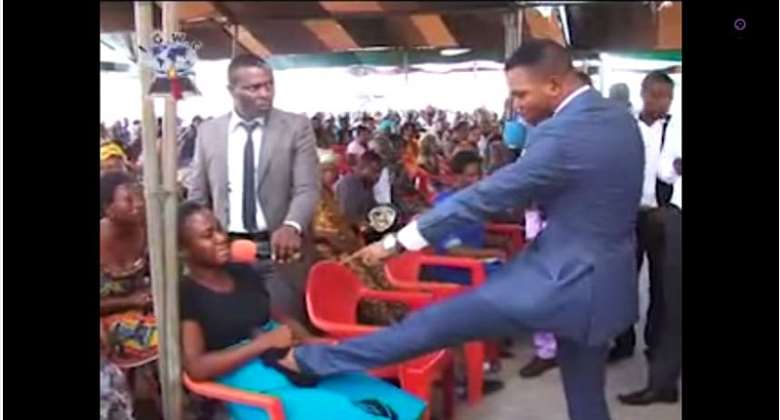 The Christian faith is interspersed with denominations, sects and branches. It has become this way as a result of the proliferation of divergent doctrines and beliefs that infiltrated the ranks of true believers causing division and extremism in the Christendom.

Most of the Pentecostal and Charismatic churches across the globe have similar doctrines. For example in Ghana, a majority of Christians believe in the Trinity, miracles, prophecies, healing, speaking in tongues and other spiritual gifts.

It is common knowledge that the Catholic and Orthodox denomination such as the Presbyterian, Methodist and the Anglican churches are revered for their conventional doctrines, since the Stone Age till now.

As a matter of fact, the Orthodox and Pentecostal denominations have unparalleled set of doctrines. But some theologians have argued that the dissimilarity of sacred customs or doctrines is negligible, since the underlying factor is faith in Jesus Christ.

According to another school of thought, the inconsistent doctrines have dissipated the spirit of unity in the Christendom. A pastor friend explained some of the breakaways are either of divine influence to promote the Gospel or due to the selfish interest of some associate pastors.

Unlike the Muslims, the ordinary Christian finds it difficult to accept invitation or fellowship with a different congregation. This is because the customs or doctrines differ from church to church.

Ten years ago, I had the shock of my life when I visited a certain church in Accra. After praying with me, the pastor told me a few scary and mysterious things concerning my life as opposed to my faith.

The worst of all was when I was asked me to buy a calendar which had the pastor’s picture. Funnily enough, it was required of me to speak to the image on daily basis as though I was praying to God.

In fact, I couldn’t have been brainwashed because as a born-again Christian, my spirit did not bear witness with any of the above; especially not when I was surrounded by trusted men of God as friends.

Proliferation of churches
The proliferation of local churches in Ghana is beyond imagination. In recent times, it has become the norm to find believers worshipping in school buildings, open structures and parks.

I am certainly not against the planting of churches. Fellow believers will agree with me that the Gospel has to be preached throughout the world before the second coming of our Lord.

But do we need really a bunch of churches operating in an atmosphere that appears to be competitive, say from classroom to classroom? Your guess is as good as mine.

In the first place, why aren’t there any agencies or institutions with the mandate of granting permits to upcoming churches? Or what measures do we have in place to flush out charlatans who infiltrate the clergy?

In my opinion, the Christian Council of Ghana should be mandated by law to take charge as a regulatory body of all the churches in the country. This will go a long way to ensure order in the Christendom.

The Ghana Pentecostal and Charismatic Council should also be given the nod to act as a governing body, since the influx of churches is predominantly made up of the ‘charismatic’ denomination.

Mad rush for miracles
In our part of the world, the search for miracles among Ghanaians is unthinkable, to say the least. Simply put, a miracle is an extraordinary occurrence that surpasses human ability and ascribed to an act of God.

Quite a number of Ghanaians have become too desperate for miracles and breakthroughs. In fact, some church members who are perceived to be miracle-conscious defect to other churches where they can receive a miracle.

It is rather unfortunate that the sale of anointing oil, holy water, handkerchiefs and other items by some men of God has become the norm in our society. Are miracles supposed to be on sale? Why must one pay a consultation fee to see a pastor?

The Bible admonishes Christians to use their spiritual gift to heal the sick, raise the dead, cleanse the lepers and cast out demons; freely you have received, so freely give. In other words, it is not biblical to charge people in exchange for miracles or prayers.

Besides, nobody has the right to take credit for the manifestation of God’s power on earth. God works through men, but his glory should not be taken for granted.

It is about time we focused attention to the unadulterated Gospel, and stop chasing men (pastors) for miracles, prayers and deliverance. If we seek first the kingdom of God and His righteousness, all other things shall be added unto us.

Prophecy phenomenon
As early as January this year, some men of God started prophesying the outcome of the 2016 general elections. Considering the political implication of such prophecies, is that necessary at all?

Essentially, a prophecy is a message inspired by God thus divine revelation, but it worth noting that not all prophecies are from God. Owing to the influx of false prophecies and strange doctrines, many doubt if God still speaks to mankind.

I have witnessed the prophetic ministration of great pastors like Andrews Tetteh and Evans Kobina on several occasions. And these prophets would not divulge sensitive or inflammatory revelation in public. That is wisdom!

The Lead Pastor of Cedar Mountain Assemblies of God Church, Rev. Dr. Stephen Wengam, hit the nail on the head when he advised Ghanaian pastors to guard against the prediction of the outcome of the December polls, since it has the tendency of creating tension.

3. South African Pastor Orders His Congregants To Eat Grass To Get Closer To God

7. Pastor Jim Jones Of The People's Temple Ordered The Mass Suicide Of His Followers In 1978

8. Bishop Daniel Obinim In One Of His Healing Sessions