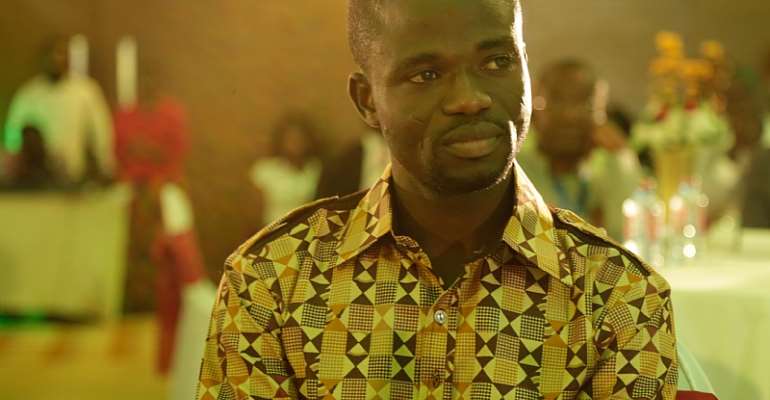 Being rude in public discourse is about lack of civility, not free speech, most people are made to believe. Most people are confused about what “free speech” means and also not taken into consideration that our democracy, the backbone of expression, is in its youthful stage. People in the western world, whose philosophy we have adapted, are mindful of their speech – they don’t talk “by-heart”. Free speech simply means that you have the right to say what you want without governments having the power to stop you or to punish you for what you say.

It seems as though rude people want to use it as a way to avoid the consequences of their rudeness. It’s time we realized what free speech really means, and civil society must stand up for public civility and educate people. We’ve become a rude and mean society, with many people believing that it’s acceptable to verbally trash others or publish defamatory stories with ill-concealed sentiment. Our rudeness have been either political, cultural or based in some form of tribalism, and it’s about time we reject these character assassination.

Our democracy is missing some ingredients and those we had expected much from have all become greedy and selfish in the name of politics. What’s missing in our democracy is a sense of civility that we can all strive to live up to. We don’t all have to agree with each other or ascribe to same political stance. We don’t even have to like each other, but we’re stuck living with one another, one nation, one people, one destiny. Democratic politics cannot make every sad heart glad nor did it ever promise to do so, What makes democracy strong is learning to disagree without the hate and incivility that have become so commonplace.

Ghana’s politics is afflicted by indiscipline and low level thinking, to an extend that any common minded person has the platform to insult respectable men and leaders of our country. In public discourse incivility is manifested in a range of forms, including hate speech and reckless remarks and populist discourses, all of which consist of an offensive language used against leaders. What kind of public discourse is constructed on insulted emotions? How are hurt feelings strategically employed for various ends in public discourse? Scholars of linguistic politeness admit that being insulted may be an outcome of a hearer’s perception or construction of a speaker’s behavior, with or without any relation to the offender’s words or ill-intentions. However, it is emphasized that the role of the hearer in perceiving insulting behavior is more offended than the attacked.

It is however sad and unprofessional to hear our upcoming young men, taken the freedom of expressions into their hands, to badmouth section our leaders. Let us not forget that, these are people who could be our parents, teachers or someone’s spouse. One should note that the height which the great men reached and kept were not attained by a sudden flight. And if becoming a president of Ghana is mere won on a silver platter, I believe any stupid person can become a president. In fact, Ghana’s presidential and parliamentary polls is one of the hard fought fiercely battled like that of United States. Both losers and winners show brevity and deserve recommendation.

It is therefore barbaric and nonsensical for Manasseh Azure Awuni to tell the President of Ghana to use his common sense. In his earlier provocative article titled “Any idiot can borrow money and build projects” later changed to “Manasseh’s folder: Common sense appraisal of Mahama’s ‘massive’ projects”, Mr. Azure Awuni in logical rudeness insulted and degraded the President of the Republic of Ghana. I am not interested in discussing his length which he involved other distinguished men. A few months ago Chancellor Merkel’s allowed a German comedian be prosecuted after insulting Turkey’s president. In this modern democratic world some countries have lèse-majesté laws incriminating people who insult leaders. Countries like The Netherlands, Spain, Poland, Switzerland, Thailand, Venezuelan and Saudi Arabia, do not tolerate rudeness.

Thanks to some of the bold infrastructural policies Dr Kwame Nkrumah took, people like Manasseh Azure Awuni have come to enjoy free secondary school and the chance to attend School of Journalism and still enjoying praises. It took 400 hundred years for Israelis to travel a mere distance of 43 km from Mount Sinai to Canaan, and it would have taken Manasseh Azure Awuni’s father 1000 years to travel from Bongo to Keta to seek greener pasture if there were no infrastructure. When was the last time Manasseh Azure Awuni discredited Tetteh Quarshie-Mallam Interchange, was it because it was done by NPP? If any stupid person can go for a loan to build a project in Ghana, why didn’t NPP succeed in scandalous IFC and CNTCI scam loans which caused financial loses to Ghana and nearly brought down the Kufuor administration on two separate occasions?

Mr. Manasseh Azure Awuni should go back to school to learn the ethics of journalism and after which he needs basic economics teachings to enlighten him about economic development. For Mr. Manasseh Azure Awuni information, journalistic ethics calls for reporters and editors to maintain a high standard of professional behavior. Gone were the days when there were press’s irresponsibility, sensationalism, and warmongering. Since the upgrade of our school of journalism, we have seen standard risen because better curricula has make journalism well paid job. But painfully beware that public opinion will turn against them, swiftly, cruelly, even gleefully, anytime they involve in committing a journalistic sin. The journalistic sin I mean, are deception, conflict of interest, bias, insults, fabrication, theft, burning a source, and plagiarism.

Mr. Manasseh Azure Awuni should know that, the relationship between economists and journalists should be symbiotic. They have much to learn from each other. The media are obviously an important source of economic information, and economists have a considerable amount of information about how the economy works that should be useful to journalists. Most economists are at odds with the way in which economic information is reported and distorted as Mr. Manasseh Azure Awuni does. It is no wonder that most economists accuse the press of ignorance, distortion and a misplaced emphasis on recent numbers rather than trends. At other times, however, journalists are faulted for claiming trends without sufficient evidence. Journalists, for their part, find much of what economists do both incomprehensible and irrelevant. Many of the issues with which academic economists are preoccupied, appear remote from the concerns of average citizens. Economists are, in fact, deeply concerned about policy.

It is common, even in the most esoteric thinking of professional journalists, to find statements which draw implications for policy. Yet one can be sure that the likelihood that actual policy makers will be aware of these insights is extremely low. One reason is that the language of economists is utterly unintelligible to the layman as well as journalists who are poorly equipped to undertake the necessary translation. It’s factual that some journalists are charged with being factually sloppy; oversimplifying, sensationalizing; focusing on personalities over issues, discrete events over trends, the short-run over the long-run, and bad news over the good.

If we can’t rely on press reports about their independence and truthfulness, where individuals are right to find such reporting confusing, errant, or at times maliciously misleading, how are we to act rationally in pursuing our private or collective interests? But, as many of us know, these journalists are good for nothing because they are failures and are being insensitive to, or simply ignorant of, broad fundamental understanding of leadership.

Mr. Manasseh Azure Awuni insult and rudeness to the president is because money spent on development were not putting in his pocket. In the first place, how many countries in Africa pay social benefits to citizens? Besides, funding most of projects are through external financing because of the trust they have in our government. How does infrastructure affect the development of communities? First, a robust infrastructure system will ensures smooth movement of goods and services, and quick means of travels.

In order to attract investors to create jobs, communities need functioning infrastructure. public infrastructure projects boost the amenities and economic development of communities. The damage of not updating our infrastructure will affect future generations just as much if not more than unemployment. Infrastructure plays an important role in promoting rapid economic growth and making this growth more inclusive by sharing the benefits of growth with poorer groups and communities, particularly in remote and isolated areas and hinterlands. Infrastructure facilitates the access of the poor to basic services and helps increase their income generating capacity. Physical connectivity through cross-border infrastructure development is crucial for enhanced regional cooperation and economic integration

Broadly defined, infrastructure can be categorized into hard and soft infrastructure. The former refers to physical structures or facilities that support the society and economy, such as transport, energy, telecommunications, and basic utilities. The latter refers to non-tangible aspects supporting the development and operation of hard infrastructure, such as policy, regulatory, governance, and institutional frameworks and mechanisms. With their massive development, president-elect Donald Trump of USA has promised trillion-dollar infrastructure plan which he will put before Congress as soon as he is sworn in. Even before then American Society of Civil Engineers (ASCE) had said the US needs to spend $1.6 trillion before 2020 just to maintain their old infrastructure.

Our colonial masters punished us with hard labour, stole our treasures, didn’t set up schools and universities and totally neglected the infrastructure. The infrastructure, the educational institutions, the bridges, and the road, needed for trade, semblance of national capital were never developed.

Infrastructure development is essential to the realization of Ghana’s goal of economic integration and is indispensable to Ghana's future success. The nation’s apathy concerning the state of our infrastructure is one of the most dangerous factors affecting the development of the economy. In view of the ongoing global financial and economic crisis, now more than ever, the development of infrastructure needs to be accelerated to enhance physical connectivity and to encourage resource-sharing for rebalancing the country’s growth towards a middle income economy.

For Ghana to promote cross-border trade and investment, improve countries' productivity and competitiveness, and raise domestic output and linkage to market centers, it is imperative to be connected through improved and integrated roads, railways, airways, ports and energy and tele-communication networks. Unfortunately for Ghana, the railway which was suitable to carry bulky goods to the location of industries or port cities was made to collapse under the auspices of NPP government. We cannot downplay massive development infrastructure developments President John Dramani Mahama has done within his short time in office. Qualitatively if not quantitatively, John Mahama has produced the greatest development projects in Ghana besides Osagyefo Dr Kwame Nkrumah.

I will entreat young Mr. Manasseh Azure Awuni to render unqualify apology to the President of the Republic of Ghana and also retract his provocative article.