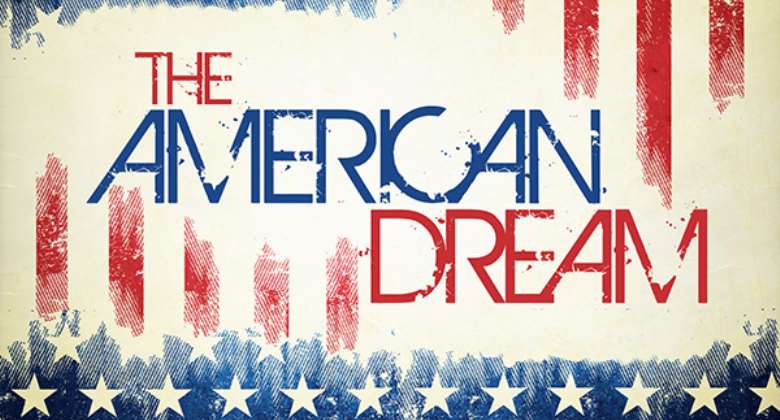 Who will conjure the American Dream back for us?

Want to see how it's done? Focus on the hidden hand.

In this case, the United States Senate.

The real issue America for American politics is how to restore job creation. Most voters, courtesy of the mainstream media, are fixated on the presidential election. The real action is happening elsewhere: in a nearly invisible battle between the Capitol and, mere blocks away, the headquarters of the Federal Reserve System.

As one of my favorite Forbes.com columnists, Tim Worstall, recently observed in his typical crisp way:

“Employment is determined by the combination of monetary and fiscal policy. And nothing else.” The presidential campaign has barely broached monetary policy.

The real action is hidden in plain sight.

In fact it’s hidden right where the Constitution puts it, in the Congress’s hands, right along with a lot of other boring but absolutely crucial matters. It’s in the same section as fixing the standards of weights and measures.

Congress delegated weights and measures to the National Institute of Standards and Technology, which is doing a stunningly great job of it. Congress delegated the power to regulate the value of the dollar to the Fed, which is making a botch of it. The value of the dollar has shrunk by 85% over the past 45 years due to the Fed’s terrible quality control.

Are Worstall, me, and, for example, Steve Forbes (one of the rare and crucial public intellectual virtuosos on the importance of monetary policy and how to get it right) exaggerating for effect? Consider these words by the architect of the world economic order, John Maynard Keynes, written almost a century ago:

There is no subtler, no surer means of overturning the existing basis of society than to debauch the currency. The process engages all the hidden forces of economic law on the side of destruction, and does it in a manner which not one man in a million is able to diagnose.

Debauch is a rather fussy old word. Let’s modernize it.

Just in case you are a Keynes Denier, consider what Copernicus, the bloke who figured out that the Earth revolves around the Sun, rather than vice versa, had to say on the same subject in 1525:

Heliocentricity, for which Copernicus primarily is known, is antique. Antiquity does not invalidate the fact that the Earth revolves around the Sun. Neither does the venerability of his observations on money make them atavistic. Rather the opposite.

Money matters. Bad money “engages all the hidden forces of economic law on the side of destruction, and does it in a manner which not one man in a million is able to diagnose.” Bad money “is noticed by only a few very thoughtful people … gradually overthrows governments, and in a hidden insidious way.”

Lucky for America, we have, in the Congress that “one man in a million” riding to our rescue with a proposed monetary commission Actually, greatly against the odds, we have several: Rep. Kevin Brady (the monetary commission’s prime sponsor), Rep. Jeb Hensarling (Chair of the committee of jurisdiction, House Financial Services Committee), and Rep. Paul Ryan (Speaker). Together almost unheralded, they got this antidote to what is stifling American job creation passed last November.

The Congressional Research Service summarizes it:

This bill establishes the Centennial Monetary Commission to: examine how U.S. monetary policy since the creation of the Federal Reserve Board in 1913 has affected the performance of the U.S. economy in terms of output, employment, prices, and financial stability over time… and recommend a course for U.S. monetary policy going forward.

Its prime Senate sponsor, another "man in a million," is no less than the Honorable John Cornyn, the #2 leader of the Senate and Senate Whip. Bonus: it is in the jurisdiction of the excellent Senate Banking Committee Chairman Richard Shelby.

The Wall Street Journal editorial board finally, officially, took note of the Centennial Monetary Commission and called for its enactment in its August 28th Review & Outlook:

One place for Congress to start would be to pass Rep. Kevin Brady’s idea for a monetary commission to consider the role and structure of the Fed in its second century. Commissions can be political evasions, but in this case such a body with the right members could ignite a debate about the Fed that the monetary priesthood and most of Washington don’t want to have.

The American Dream has not one but two components: Prosperity and Justice for all.

The “Federal Reserve Note Standard” correlates closely with stagnation and with income inequality, both. It really is the American Dream killer. If final passage of the Commission falls to the next Congress either President Trump or President Clinton should be delighted to sign this legislation. So, if passed this year, President Obama should be delighted.

The triggering event for the Wall Street Journal’s call to action was the recent ingathering of Fed officials at Jackson Hole, Wyoming. Monetary policy observers there were treated to a feast of Jabberwocky. As Randall Forsyth in Barron’s, “Fed’s Jackson Hole Circus:”

“Clowns to the left of me, jokers to the right.” Those may not have been the lyrics running through the head of Federal Reserve Chair Janet Yellen last week at the annual policy symposium in Jackson Hole, Wyo., but it might be understandable to have had thoughts along those lines.

What’s the right antidote to a Circus? The monetary commission.

While the presidential candidates battle it out on a lot of side issues what’s really at stake is to how to reignite great job growth. For us yeomen (and yeowomyn) great job growth includes upward mobility of raises, bonuses, and promotions that come with it for us. Upward mobility and middle income economic security depends good Money.

Thus the real issue confronting America, abracadabra, is being litigated in an almost occult fight between the Congress and the Fed. The Fed has not yet publicly opined on the Commission – to which it will appoint an ex-officio commissioner. Any protests as to threats to its independence – which such a commission certainly does not represent — would be utterly disingenuous.

As I wrote here: “Chairmen of the Federal Reserve,” observes ex-Citibank Chairman Walter Wriston, “have traditionally been the best politicians in Washington. The Fed serves a wonderful function. They get beat up on by the Congress and the administration. Everyone knows the game and everyone plays it. But no one wants their responsibility.”

The House has re-asserted its Constitutional authority. It has responded to its Constitutional call of duty. Restoring the American Dream now resides in the hands of the United States Senate. America is unbelievably lucky to have Sens. Cornyn and Shelby presiding there.