Hon. Mark Woyongo's Development Record In Navr0ngo Is Second To None ! 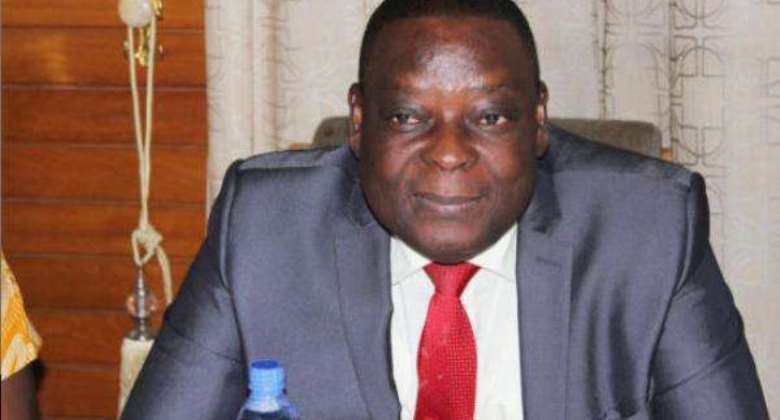 Just like President Mahama, the development record of Hon. Mark Woyongo in the Navrongo Central Constituency is not only unparalleled but also jaw dropping. Within the spate of four years, Hon. Mark has been able to achieve feats only dreamed of by previous Members of Parliament since the inception of independence.

After ten barren years under Hon. Kofi Adda, the people of Navrongo Central virtually became disgruntled and politically apathetic and indeed wondered if they could ever get a leader who could be empathetic enough to provide them with the basic social amenities.

Then something good happened! Woyongo in Kasem means literarily "something good". Hon. Woyongo got elected with a 2000 vote disparity and Navrongo has never been the same and never looked back.

Before Hon. Mark Woyongo's tenure as MP the Navrongo Central Bus Station was a marshy swamp of pools and gullies especially during the rainy season.

This made it well nigh impossible for commuters to navigate these pools and puddles to access transport services. It was therefore a source of worry to all and sundry since this affected everybody in the Constituency . Previous MP's only paid lip services to the problem. However, today ,thanks to the instrumentality of Hon. Mark Woyongo I am glad to announce that the bus station has been fixed to spick and span status.

During the 10 wasted years under Hon. Kofi Adda, the people of Gia and Nawognia were virtually cut of from Navrongo Town owing to the deplorable and dilapidated nature of their two main roads that lead to Town .

In fact, the rainy seasons were always nightmares since it made the roads impassable. Several calls and petitions for Kofi Adda to come to their aid fell on death ears. Today, through the assiduity of Hon. Woyongo these two roads have been put in pristine shape. Little wonder the people of Gia and Nawognia have resolved to vote overwhelmingly for Mark. Mention must be made of the fact that these two villages have also been furnished with schools by Woyongo's NDC government to boot.

Women have been given prime attention under Mark Woyongo. I dare say Woyongo has a soft spot for issues concerning the welfare of our women. Woyongo has averred time without number that under his leadership no woman would walk for1 kilometer to fetch water. When Woyongo first made this promise in 2012 many were those who thought it was an Akuffo- Addo- run -wild promise but with the benefit of hindsight Woyongo has vindicated himself.

Almost an historic two hundred boreholes have been installed at vantage points in almost every community, coupled with an 8.5 million dollar water project inaugurated by President Mahama for household and agricultural purposes. In fact , this is just a tip of the iceberg. Modalities have also been put in place by Mahama's government to install a water treatment plant at Tono to serve communities in Sandema,Navrongo and Bolgatanga with portable and clean drinking Water. Now , it is common parlance in Navrongo to hear people say, " Wherever Woyongo goes Water flows" .

Moreover, an up to date, state of the arts Maternity Ward has been put up at the War Memorial Hospital under the leadership of Hon Woyongo to ease the travails of our women folk. This particular Maternity Ward, unlike the previous one which could handle only two births at a time, is capable of handling eight births at a time. This can only emanate from a government that has the welfare of women at heart.

It is crucial at this juncture to add that a whole slew of young men and women from Navrongo have been enlisted into the Army,Police, CEPS, Fire and Prisons Service courtesy Hon Woyongo. Other brilliant but needy students have had their school fees paid for them. A hosts of others have also been given scholarships to further their education. What more can you expect from a member of parliament who has been in parliament for barely four years?

It is important to conclude by advising that the NPP in Navrongo should stop claiming projects the NDC has put up and not yet commissioned as theirs. Permit me to also advise them to stop peddling lies and falsehoods about Hon Woyongo because that cannot fetch them votes.The People of Navrongo are a discerning bunch for that matter they won't be swayed by lies.

It has come to our attention that one Weguri Joseph Pwawuvi is trotting round the Constituency deceiving people that he was the consultant behind the 8.5 million dollar water project that the NDC is installing in Navrongo . Permit me to state on behalf of the NDC communication team in Navrongo that Weguri Pwawuvi,'s claims are as mischievous as they fly in the face of the truth.