Why Is An Opposition Leader Popular Than The President In His Home Region? 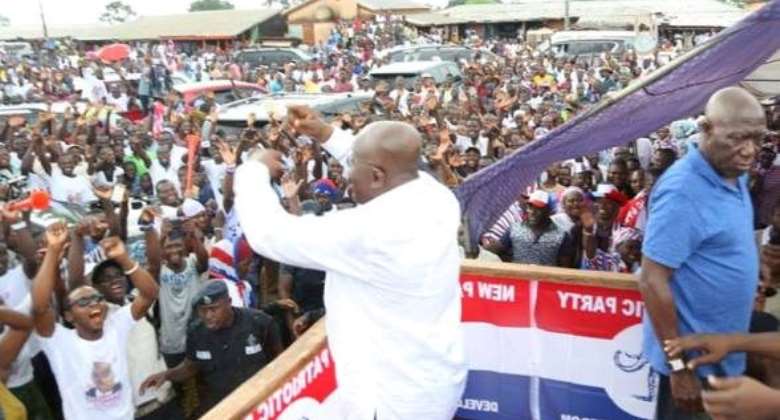 The answer to the above question is simple: The President has terribly failed the people of his home Region! They are deeply peeved with him and waiting to show him the exit on December 7.

Whilst it took the Presidential Candidate of the NPP, Nana Akuffo Addo, 4 hours to travel from the Tamale Airport Junction to the town centre, it took President John Dramani Mahama 44 minutes to travel the same distance when he was in the Northern Region for a major political activity few weeks ago.

This has gotten political analysts and commentators to wonder loudly what could have probably accounted for the diminishing popularity of President Mahama in virtually all the 10 regions of Ghana including his biological Northern Region.

Not only is the North excessively deprived and abandoned since President Mahama took over as President of Ghana, but also the position of the North as the poorest and most deprived in Ghana has not changed for the nearly 8 years that the NDC has been in government and taking all the developmental decisions. SADA, a scheme which was set up to bridge the poverty gap between the North and the South, rather ended up becoming the corruption conduit for the NDC government and its surrogates.

Virtually all policies of the NDC under President Mahama are Anti-poor; the cancellation of allowances to nursing and trainee teachers, collapsed of the NHIS which has recently become another corruption outlet, helpless unemployment making the youth excruciatingly hopeless, high school fees from nursery to university, high utility bills, high house rents just to mention but a few.

The irony however is that whilst the opposition NPP is announcing such feasible policies like 1 District 1 factory, 1 village 1 Dam, restoration of teacher and nursing allowances among other laudable politics, the government of John Dramani Mahama is rather busy talking about the health of the Presidential Candidate of the NPP and unable to name a single policy less than 4 months to a major election!

It is clear at this stage that aside training insults consultants and disrespectful junior ministers, this Government has nothing to offer Ghanaians again.

It is obvious that the wind of change is blowing with torrential force. The NPP as a government in waiting should not be complacent one bit.

The only strategy left for John Mahama and his NDC is to provoke Ghanaians and to steal the verdict. No room should be made available for them to achieve this criminal objective.

Every member of the NPP must open their eyes. All Ghanaians desirous of change from the current worst state of the economy to a more prosperous and hopeful country must be the vanguards for change. We can't afford another 4 years of suffering. Enough is enough!