#GHElections: Social media will not be banned – Mahama 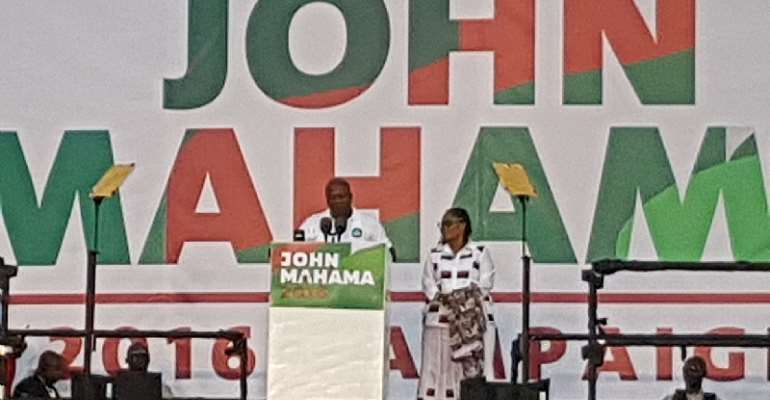 President John Dramani Mahama has assured Ghanaians that social media will not be banned during the general elections in December this year.

He made this statement while speaking at the launch of the National Democratic Congress' (NDC) campaign launch for the 2016 elections in Cape Coast on Sunday.

According to the President, “government has no intention to shut down social media on election day.”

This statement contradicts the Inspector General of Police, IGP), John Kudalor's statement that the police is considering a ban on social media on election day. According to the IGP, the reason for the ban would be to curtail abuses that could lead to violence.

The IGP came under heavy criticism for this statement from some civil society organisations and some social media enthusiasts in the country.

The president's statement, will therefore, put the matter to rest. Anyone who had doubts over whether or not it would be possible to know what was going on via social media has now been reassured.

The launch of the NDC's campaign, took place at the Cape Coast Stadium, where it was reported that about there were about 40,000 NDC supporters, though the stadium has a capacity of 15,000.

The party used the occasion to outdoor President John Dramani Mahama as its flagbearer, along with his running mate, Paa Kwesi Amissah Arthur, campaign executives and the party's parliamentary candidates.

A/R: Two dead after taxi crashed into drinking spot at Asokw...
12 minutes ago