Extradited US Citizen For Trial Today 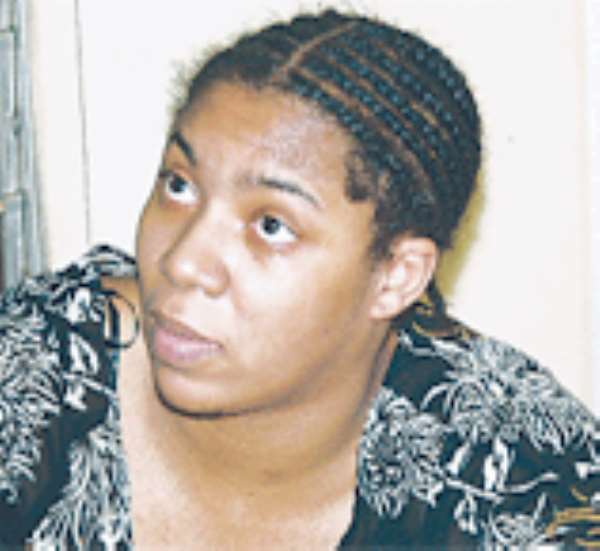 Accra, Jan 19 (Graphic) -- Carmella Toni Warren, the American who was extradited to Ghana last week to face trial on narcotic charges,will appear before court today on a charge of escape from lawful custody.

The Director of the Criminal Investigations Department (CID), Mr David Asante-Apeatu, who disclosed this in an interview, said the Osu Police Station, from where she escaped custody in 2002,had been officially informed about the re-arrest of Warren.

He said the station was, therefore, preparing a docket to charge her with escaping from lawful custody.

He said the Drug Law and Enforcement Unit of the CID was also ready with a docket to charge her with possession of narcotic drugs. Carmella was extradited to Ghana last Thursday by the US government to face trial.

This is the first time an American has been extradited to Ghana to face the law. Carmella escaped from lawful custody at the Osu Police Station, where she was in detention pending prosecution in April 2002. She was arrested on March 26, 2002 at the Kotoka International Airport with 173 grammes of cocaine concealed in 18 transparent prescription bags and hidden in her wig, brassiere and panties.

Carmella was alleged to have feigned illness in the night, while in custody, and requested that she be brought out of the cell. She was subsequently placed behind the counter but the two police personnel, Corporal Patrick Mensah and Constable Eunice Ankrah, who were on duty at the time claimed they slept and when they woke up, Carmella was nowhere to be found.

The two failed to report the matter to their superiors until the investigator and some officials of the Narcotics Control Board went to the station to take the suspect to court.