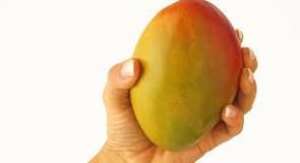 With the world’s population reaching over seven billion in the 21st century and concerns over climate change and global warming taking centre stage, the need has equally arisen over how to feed the worlds increasing population. This has resulted in scientists and agriculturists introducing what have come to known as genetically modified foods. This has further resulted in concerns over these genetically modified foods, and fruit ripening chemicals and their health effects.

This view is succinctly captured by Rego, N. of the Indian Times in his article, Fruits we eat are loaded with chemicals, where he states that,

“Though fruits like mango naturally ripen in trees; some chemicals are used to ripen them artificially which hasten the ripening process. Ripe fruits are not suitable to carry and distribute as they get rotten. So traders pick unripe fruits and use certain methods to increase their shelf life”.

“calcium carbide (CaC 2 ) is the commonly used chemical for ripening of fruits, due to its low price and availability in local market; however, use of this chemical in fruit industry is being discouraged worldwide due to dangers of explosion and carryover of toxic materials like arsenic and phosphorus to consumers, thus making the healthy fruit poisonous”

Thus the issue of the health effects of these chemicals arises. Asif postulates that, this calcium carbide has high traces of ‘heavy metal arsenic and phosphorous’ and thus, “People exposed to high levels of arsenic can have nausea and vomiting, diarrhea, anemia, and low blood pressure. These symptoms may be followed by a feeling of "pins and needles" in the hands and feet (neuropathy)”.

Indeed, Asif is not alone in highlighting the health effects of these chemicals. Siddiqui, W. M. and Dhua, R. S. (2010) in ‘Eating Artificially Ripened Fruits is Harmful’ also postulate that, “… indiscriminate use …on different types of fruits can lead to poisonous effects. Due to lack of awareness and education people consume chemically ripened fruits”. And again, another renowned scholar, Dhembare, A. J. (2013), in his paper, Bitter Truth about Fruit with Reference to Artificial Ripener also joins the chorus in highlighting the harmful effects of these chemicals and states that, “If pregnant women consume fruit ripened with carbide, the children born could develop abnormalities”.

Dhembare however goes beyond Carbide and talks about the negative effects of other chemicals used in vegetable growth, and fruit ripening and states that, “Ethylene is harmful which cause damage to the neurological system, affects the eyes, skin, lungs, memory and leads to prolonged hypoxia. It is a plant growth regulator”. Again, he argues that, “There are some evidences that oxytocin promotes 'tribal' behavior, incorporating the trust and empathy of in-groups with their suspicion and rejection of outsiders, in individuals with autism spectrum disorders”. Lastly, he states that, “Potassium dihydrogensulfate causes health hazards such as diarrhea, nausea, vomiting, cramps, and slow heartbeat; accelerate breathing, muscle weakness, paralysis”.

Thus, one can deduce from this that, in as much as the need exists to find ways to feed the world large population, the chemicals used as to make vegetables large, pesticides and fruit ripeners may not always be safe. Perhaps, this explains why there was hue and cry when the Plant Breeders bill was laid in the Ghanaian parliament in 2013. When news broke about the Bill which had been in the Ghanaian parliament since 2013 in the latter part of 2013 and early 2014, the media latched on it and several varied views were expressed. One of such views is the one put forward by Food Sovereignty Ghana which has been captured on their website, www.foodsovereigntyghana.org. They state that, “Genetically Engineered (GE) crops, genetically modified organisms (GMO’s) are questionable, their nutritional value is questionable, future and generational effects are unknown and the toxic chemicals that 99% of commercial GE crops poison us all”.

Some of these concerns prompted no mean a person like the Speaker of Ghana’s Parliament to wade into the controversy and on Tuesday, 28th January, 2014, the Daily graphic news portal reported on their website that, the speaker of parliament in his opening speech stated that, “he had received ‘a number of petitions’ on Ghana’s Genetically Modified Organisms (GMO) agenda”, and thus reminded the house that, “the Bio-safety Act, 831, which was enacted in 2011 made provisions for the establishment of a regulatory body that is the Bio-safety Authority to deal with most Bio-safety Authority to deal with most of the concerns raised in those petitions”

My view on the matter is that, in as much as the need exists to feed the worlds ever increasing population and the fact that fruits and vegetables usually have short life spans, which requires action if we are to preserve food, human health should be paramount in any decisions that allow or disallow the use of these chemicals in food production. Whatever benefits these chemicals provide, if their side effects are established to be harmful, then they should not be encouraged and banned. Indeed, in my research, I came across articles that reveal that a lot of countries have banned the use of Carbide in ripening fruits for example although some vendors still do it illegally.

Thus more action needs to be taken beyond just banning the use of these chemicals, but also punishing those who use them and instituting agencies or bodies that will regulate its use in places where they are not banned. Yemen Times reporter Dawood, A. for example reports that, in Yemen, “The Ministry of Agriculture has laid out guidelines for a safe harvest period, 10 days after the crop has been sprayed with pesticides, but farmers regularly ignore this regulation due to lose enforcement. Also, due to low oversight, consumers are often left in the dark about potential health risks associated with chemicals that cause rapid ripening”.

Thus the need to enforce the laws that regulate these chemicals should be given more prominence as we move beyond the rhetoric of the effects of these chemicals.

Dawood, A. (2012). Consumers Get More than Bargained for with Chemicals used to Grow Fruits and Vegetable.s Retrieved 24th September, 2015. From http://www.yementimes.com/en/1621/report/1586/Consumers-get-more-than-bargained-for-with-chemicals-used-to-grow-fruits-and-vegetables.htm