Celebrating The Legendary Of Bob Marley 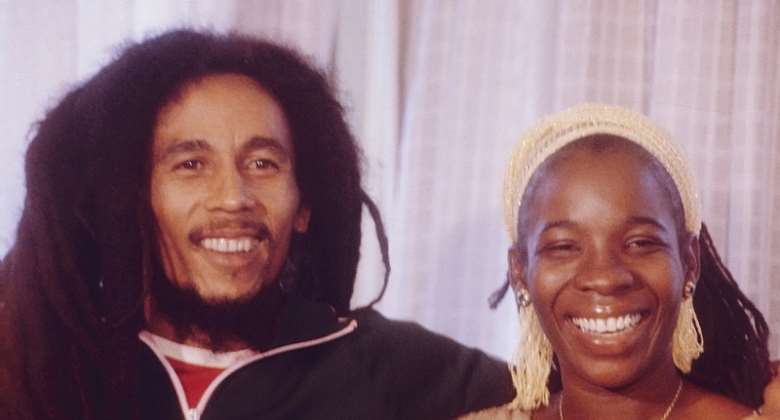 The birthday of Jamaica’s reggae maestro, Bob Marley, has been earmarked as a special event to celebrate The Legend in February. Since his passing on three decades ago, Marley’s ingenious music recordings have survived to this day and can boast millions of audience worldwide.

Initially, I was reluctant to write this article because of the reaction of some disgruntled Rastafarians, following my publication on Haile Selassie I titled, ‘The myth about Jah Rastafari’.

However, I was encouraged by the overwhelming feedback from some readers who flooded my e-mail with messages. It is obvious that majority of those who read the article were pleased.

In summary, the objective of that article was to demystify the divinity of Haile Selassie. In fact, the Ethiopian emperor cautioned Rastas not to worship, but some still believe he was God-incarnate.

It is worth mentioning that, as a fan of Bob Marley and reggae, I have no ulterior motive against Rasta in any way. My aim was to educate the public about the concept of ‘Jah Rastafari’.

Undoubtedly, thousands of reggae lovers and Rastas around the globe will celebrate the 71st anniversary of The Legend. Of course, I am not an exception, most especially because my wife, Dzifa Annan, shares the same birthday as Bob Marley.

Early life of ‘The Legend’

Robert Nesta Marley was born on 6th February, 1945 in Jamaica. The reggae maestro was popularly known as Bob Marley or The Legend. His parents were Captain Norval Marley and Cedella Booker.

His father was an English marine officer, and his mother a black Jamaican. The British Captain met Cedella when she was a teenager. They planned to get married in 1944, but Norval’s family opposed their union on racial grounds.

In the course of their relationship, Cedella became pregnant and gave birth to Bob Marley in 1945 at the age of 18. Captain Marley named his son ‘Robert Nesta Marley’.

With pressure mounting from Norval’s family, the relationship between the Caucasian captain and the black Jamaican girl faded away.

Some years later, Norval Marley died in 1955 after seeing his son only once. The last time little Bob saw his father was at the age of five. He grew up poor and sometimes slept without food.

Growing up fatherless in the ghetto of Trench Town, poor Bob suffered racial hostility because of his mixed bloodline. In spite of that, he identified himself with the black race.

At the age of 14, Bob’s talent (music) began to manifest. He learned how to play the guitar and wrote his own songs. It is believed that Marley’s love for music was inherited from his Christian mother who was known for her lovely singing voice.

Little Bob released his first recording, “Judge Not “in 1962 when he was 17. His song proved to be a hit and that paved way for a brighter future in his musical career.

His ambition of rising to stardom saw the light of day when he formed the famous vocalist group, ‘The Wailers’ in 1963. The group was made up of some celebrated artists including, Bunny Livingstone and Peter Tosh.

When the original ‘Wailers’ was dissolved in 1974, he formed ‘Bob Marley and the Wailers’ with Bob himself as guitarist, songwriter, and main singer. His backing team was the Wailers’ Band and the ‘I Threes’ vocalists.

The Jamaican songwriter touched millions with his philosophical music. A few of his greatest songs were, “Three Little Birds”, “Buffalo Soldier”, “Africa Unite”, “One Love” “Exodus”, and “No Woman No Cry”, just to mention a few.

In 1999, his ‘Exodus’ album was adjudged “Album of the Century” by Time Magazine, and ‘One Love’ was named “Song of the Millennium” by the BBC.

In 1978, Bob was awarded a ‘Peace Medal’ by the United Nations in recognition of his efforts for peace, equal rights, and justice’ for Africa.

Most of his songs touched on freedom, politics, slavery, peace, racial equality, and above all love.

In his revolutionary songs, “Get Up, Stand Up” and “Revolution”, the reggae legend challenged Africans to rise and fight the ‘oppressor’ for their freedom.

He recorded the “Redemption Song” and “Africa Unite” condemning racism. One of his popular songs, “Zimbabwe” was released when he performed at Zimbabwe’s independence celebration day in 1980.

Bob Marley became the most famous advocate of Rastafari in the 60s. His outstanding gift for songwriting and vocal style gained the Rastafari movement an overwhelming recognition worldwide.

As a proponent of ‘Jah Rastafari’, Bob Marley composed over 170 songs highlighting the elements of Rasta philosophy. Some of his religious tracks were, “Forever Loving Jah” and “Exodus”.

Interestingly, Bob Marley accepted baptism few years before his death. According to his Christian mother, Bob’s final words were, “Jesus, take me”.

Bob married Rita Anderson in 1966 when he was 21. Rita became one of Marley’s backing vocalists that formed the ‘I-Threes’. The young couple had four children.

Aside the four, Marley fathered many children out-of-wedlock and had several lovers, including Cindy Breakspeare (Miss World 1976). His relationship with Cindy led to the birth of Damien Marley in 1978.

Even though Bob loved football, his passion for reggae was superb. In 1977, he injured his right big toe while playing soccer and the wound became cancerous.

Bob Marley died of malignant melanoma, a dangerous skin cancer, on 11th May, 1981 at the age of 36. While on his sickbed, he said to his first son Ziggy Marley, “Money cant’ buy life”.