Book Review: Sometimes There Is A Void: Memoir Of An Outsider By Zakes Mda 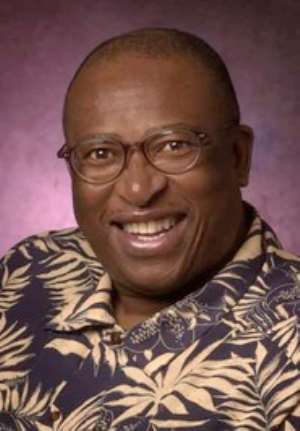 There is no doubt that I have become very selective in my choice of reading materials for leisure. Mention Wole Soyinka, Chinua Achebe, Ngugi wa Thiong’o, and Kofi Awoonor, and I will eagerly grab any materials of theirs for my African literature readings without hesitation—they have never disappointed me.

As a matter of fact, my only foray into South African literature had been the internationally acclaimed memoir of the legendary Nelson Mandela, Long Walk To Freedom, due to the extraordinary life narrated there in. For Steve Biko’s, I Write What I lLike, it only made it to my reading lists for an African area studies.

So, when a former colleague invited me to read the above-titled memoir, I did not give it much thought even though he took time to offer me snippets of intriguing moments of this great work of art. First, in my own ignorance, I believed the author’s name was not one of those familiarly acclaimed in African literature, at least for those of us from the West Coast of Africa. Second, if I would spend time to read a 556-page memoir, it must be worth my time. On both scores, I thought the odds weighed heavily against Zakes Mda’s memoir, Sometimes There Is a Void: A Memoir Of An Outsider.

However, like the void that Mda ingeniously described in his book, upon my relocating to Georgia and removed from my networks in Ohio, I became forlorn, bored, and needed something to fill my own void with. I grabbed Mda’s memoir because it was readily available. The first 200 pages of this book is mostly historical representations of what it meant to be exiled as a child during apartheid in South Africa. Mda’s detailed delineation of time in exile in Lesotho is stunning, especially his recollection of events of over half a century as if they occurred just yesterday. As an economic sojourner, Mda’s narrative provided the linguistic vehicle from which I could reckon with my own experiences, even though these experiences are anachronistic in time and in content.

The filament that sinew these experiences is that exile, whether economic or political, can become a home. In exile in Lesotho, Mda became embedded in the socio-economic, political, and cultural grind of Lesotho, without losing sight of the end goal of freedom in South Africa. This is understandable of a young boy, and a later a man, whose father was an influential lawyer and a leading member of the ANC, and later the Pan Africanist Congress. Born in the struggle, Mda’s life was of the struggle in many forms until apartheid was toppled in South Africa.

Even though the South African struggle was unique in its own right, as narrated by Mda, it mirrored the liberation struggles in many parts of the African continent—the guerilla attacks, the counterattacks, the imprisonments, the boycotts, and the massacre of defenseless children and women, etc. All these resonate with the oral and written accounts of other liberation struggles on the African continent.

Reading Mda’s memoir and observing the state of governance in South Africa from Mandela to the current South African leader, Jacob Zuma, is quite enlightening. Like many African countries whose citizens lost hope in their leaders after independence, Mda exposes the ills of crony capitalism in South Africa even under the legendary Mandela. In my estimation, Mda’s scathing letter to Mandela, exposing how crony capitalism was bound to destroy the dreams for a united and prosperous South Africa was the highpoint of this memoir.

What is particularly unique about Mda’s engagement is that, unlike in many African countries (including my native Ghana) where the provocateur becomes a target for verbal and physical attacks, Mandela responded immediately to Mda’s scathing letter. Mandela dispatched three ministers of state to engage Mda in a meeting to find ways to resolve some of the issues he raised in his epistle. It can be testing to chastise an African leader. A good example is an ex-president of Ghana, Jerry John Rawlings, nicknaming “government hound-dogs” in Ghana “babies with sharp teeth” in response to the acerbic manner in which these officials attack citizens who dare question their actions and inactions. In other parts of the continent, the provocateur may even receive the midnight nock on his or her door and then disappear.

To understand how far-off South Africa has veered from the dreams that inspired its liberation struggle, one must read Mda’s memoir to have a context to these issues. The recent attempt by security forces to remove Julius Malema and members of his Economic Freedom Fighters from the South African parliament for demanding answers over Jacob Zuma’s spending scandal illustrate a great departure from the legendary Mandela’s persuasive touch. In dealing with those who disagreed with his policies and stance on issues of national concern, as did Mda in his letter, the employment of brute force through state security forces by Mandela would have been inconceivable.

For even Mbeki, a man lesser in stature, compared to Mandela, his democratic credentials never fail to attract even his arch rivals. It is on record that when Mbeki disagreed with AIDS activists regarding his denialist stance, he employed the parliamentary platform. Other recent events in South Africa, for example, the xenophobic attacks on other African nationals in 2008 and 2015, recent upheavals among her students in protest against university tuition fee increase, and the recent Transparency International report that placed South Africa at the top of the corruption table on the African continent can all be understood by reading the historical narrative of Mda for context.

The reader is bound to leave this provocative memoir with the question: was South Africa better under apartheid? This question is not unique to South Africa alone, but post-independent Africa. In recent BBC broadcast, the Zulu King Goodwill Zwelithini is reported to have claimed that apartheid was a much better political arrangement for South Africa. Even though he has tried to water down the claim by providing a guarded context, it is a bothersome question for many Africans who have seen the promise of independence dissipate through all forms of mismanagement by their own.

These events are not occurring in a void; the historical precursors are buried in Mda’s narrative of pre- and post-apartheid South Africa. As a disillusioned South African, Mda becomes an outsider to the very country he had helped liberate from the shackles of apartheid.

Also in this book, Mda turns to his own search for love, an attempt to fill the yawning void he skillfully designated as the title for his book. Mda travels back in time to explore his own childhood for any imperceptible links with the present.

He discovers a web of connections, sometimes disconnections, which explicate the present. From being sexually abused, or raped, by a nanny at a tender age, to finally reconnecting with Gugu—and everything in-between, including two failed marriages—Mda convinces the reader that the void can only be filled when the chemistry and the energy from both ends are in concordance.

Mda awakens in the reader the need for self-assertiveness in cross-cultural zones. His narrative of his child custody battle with his ex-wife, Adele, is an intriguing adventure. With a guardian ad litem, Dr. Terry Harvey, standing in-between a judge and Mda and Adele, with regard to the legal custody of their children, Mda demonstrates how the old stereotypes can come to impede contextual issues. Dr. Harvey invoked the tired stereotypes of Africa, painted a picture of the marital struggle between Mda and Adele as “a product of an African patriarchal system that turned against her [Adele] because she was an educated African woman.” This, and other erroneous assertions in the child custody report of the good doctor, made Mda to put together a counter report that shredded into pieces the report of the guardian ad litem.

I learned for the first time that South Africa has more women in its parliament than the U.S. Congress. Dr. Harvey, after receiving a good dose of education from Mda, recanted his erroneous assertions in court, giving way for Mda to take custody of Zenzi and Zukile.

The philosophical question, however, remains how much one can reveal about the self and other(s) in a soul-searching memoir? This question is premised on our understanding of the human condition. Perception is subjective and language is interpretive. As Kenneth Burke (1945) pointed out in Language As A Symbolic Action, “even if any given terminology is a reflection of reality, by its very nature as a terminology it must be a selection of reality; and to this extent it must function also as a deflection of reality” (p. 45).

The point is that when the one-time profoundly intimate, especially the connubial, becomes a matter of public discourse in a memoir, chances are that the erstwhile spouse may not concur with the author-spouse on all the detailed representations of the author-spouse. The question becomes irresistible when the disaffected spouse lacks the necessary means—the facility for authorship, the resources for publication, and the means to attract equal publicity—to challenge, correct, and to re-present his or her own version of events.

For the continental African reader, the parallels of the post-independence ecstasy and optimism evaporating, giving way to pessimism and despair, are recognizable themes in this memoir. Ayi kwei Armah, in The Beautiful Ones Are Not Yet Born, and Chinua Achebe, in There Was A Country: A Personal History of Biafra, are parallels.

For the South African reader, Mda’s memoir is a wakeup call not to sit back and watch South Africa turn into another African backwater case, as we have seen many African countries with great promise at independence gradually turned into. And for the academic reader, the enigma of how much an author can reveal in a memoir, with profound intimacy or the connubial, is still a conundrum.

If Tulliver Mill’s premonition, in George Elliot’s The Mill Of The Floss, to not judge a book by its cover is anything to go by in this review, then I will admit that I fell prey to my uninformed judgment in disregarding Mda’s memoir on account of name recognition.

Having liberated myself from the shackles of my self-imposed ignorance, I will recommend this book as a must read for those interested in the pre-apartheid and the post-apartheid South African narrative.