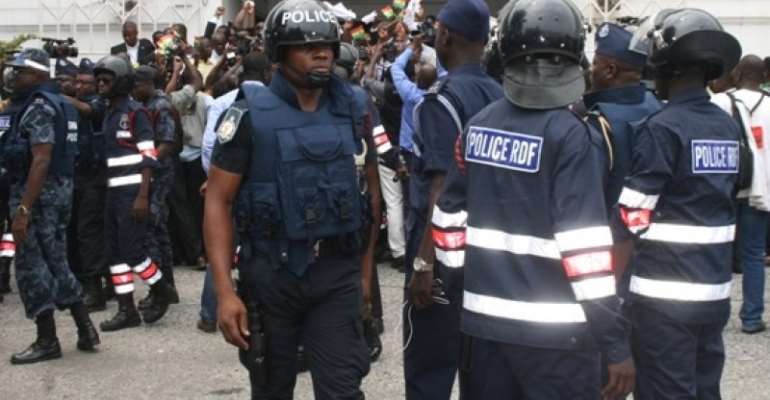 A founder-member of Ghana’s biggest opposition party, Dr Kwame Amoako Tuffuor has accused the governing National Democratic Congress (NDC) of complicity in the raid of the New Patriotic Party’s Asylum Down headquarters on Monday.

“If those who raided the party’s office were in military uniform, why then will I be wrong if I say the NDC government is also involved,” Dr Amoako Tuffuor said in an interview with Kwadwo Asare-Barfour Acheampong on Accra-based Asempa FM’s Ekosii sen political talk show.

He has also urged the army, police and the IGP to “come out clean and tell us where from those people who ransacked our party’s office and deal with them if they are found culpable.”

“We must see to the end of this and we need the youth to step in,” he told KABA. At least eleven suspects have been arrested in connection with the dawn raid by men in military fatigues.

The party’s communication director Nana Akomea told journalists on Monday that the invasion and ransacking of the head office could be an assault on Ghana’s democracy.

"This can turn out to be a grievous attack on Ghana’s democracy where people in uniform, with police vehicles and military vehicles lay siege to the office of a major political party, proceed to conduct searches, [and] proceed to vandalise property," he said at a press conference.

The party’s acting chairman Freddie Blay also said the party suspects some “powerful people” were behind the raid.

“We are convinced that they are a gang of ruffians sent by individuals or powerful people, who want to create the impression that we have a problem within our party,” he told journalists at the headquarters.

According to him, the invasion and ransacking of the office was done by “armed military men,” who also gave access to a gang of young men to vandalise the head office.

Meanwhile the Ghana Armed Forces has denied complicity in the raid.

Responding to Dr Amoako Tuffuor’s accusations, Greater Accra Chairman of the NDC Mr Ade Coker said he was disappointed in the NPP elder for trying to link the NDC to the raid. According to him, the NPP should deal with their internal issues rather than seek to drag the NDC into an issue it had nothing to do with.