Dead Or Alive: A Goat Is A Goat 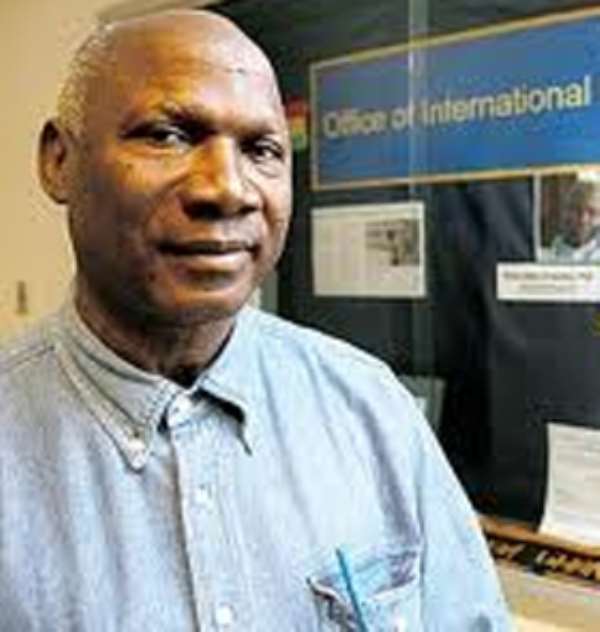 A resurrected goat fable I have heard, read, seen, smelt, moved, sensed or touched not and never anywhere.

So anyone who tells me a goat died and resurrected can only be lying. When goats die, they rot. As evil as they have been portrayed, when killed their scented meat is eaten and thrown away when they die by disease.

Goats are evil, and I thought only the righteous will resurrect. If the evil was to be resurrected the true word would have turned false.

Every blessing bequeathed to goats in 2009 is now a nightmare.

The oil has become, undoubtedly a curse. Capitation grant is gone along with the chalk it provided. NHIS has been replaced with a resurrected cash and carry, killed dead in 2004. NYEP was decapitated and replaced with easy to chop GYEEDA. School feeding is in intensive care causing ever decreasing enrolment. All the destruction occurred because the goat saw all these as grass to feed on.

And when everything is destroyed, it would will suddenly feign death and announce it is a dead goat. Thereafter would come an ananse trickery announcement of its resurrection. A dead goat resurrected can be a dangerous blasphemy. The dead goat doesn't resurrect; it is simply carcass.

For its evil ways, a live goat is not allowed into my chiefdom. Other chiefdoms disallow goat entry.

My ancestors before me decreed that based on what they knew at the time that we don't exactly know now. Recently, some other chiefdom decided to rid itself of the evil of the goat. It almost ended up at war with itself. Pro-goat people rose up against the anti-goat decree passed by their chief which required all goats to be driven out of town, never to return.

I don’t know the outcome of the confrontation between the pro-goat and the anti-goat. I am certain, though, that until the decree, the goats of that chiefdom thought they would live forever in their everything-is-a-joke but to others destructive ways. They knew they would never perish and would forever prey on the misery of those whose crops and other properties they would destroy.

We know for a fact, however, a goat that pronounced itself dead and then said it has resurrected is a wicked goat. It has destroyed the future of our young, our currency, our pride, our economy, our everything. For that, it should go back to the dead and never see life again.

In my desperate attempt to find out about the goat taboo, someone quickly came to my aid with what is written somewhere which says some demons were exorcised from somewhere and pumped into goats. So there is nothing anyone can do about goats being evil; evil alive, evil dead, and evil resurrected, assuming they would ever be permitted to rise up from dead in their evil.

Goats are wicked and behave wickedly. In their wicked ways, they see everything as a joke. You chase them away from eating your cassava or plantain; or from destroying the paint of your wall; or from any other damage to you or your property; and they would be back because they laugh your suffering off. Goats will crackle with humour than show seriousness.

It could be over an international embarrassment with a speech lousily put together, the goat will laugh it off instead of thinking on the feet to deal with the situation.

It reminds me of the day the wind blew my unpaged speech away. I still managed to complete the speech extempore. I didn't have to stop and quarrel with the wind.

When internationally mocked for flying millions of dollars to a foreign motherland, the goat will amusingly suggest a lead actor for the filming of that absurd act. And addressing a nation on something as devastating as dumsÉ” or when my compatriots expect some hope to be injected, it was all flippant humour.

In the life of the living goat, everything is funny because goats steal so much they are always comfortable enough to jest around. All the same, alive, dead, resurrected, in whatever condition, a goat is a goat. It will act, behave and destroy as a goat. It would even pretend it is dead. Not just that; it would go ahead to proclaim resurrection as if stealing is meant forever in life, death and resurrection.