Africa and why Africa is the way it is 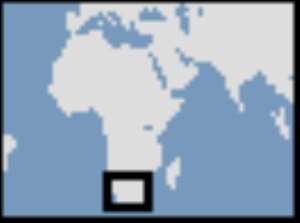 I was sent by Yeshua, the creator of heaven and earth.

Yeshua ha Mashiach (Jesus Christ): he is the one who “bought” many people. He also told them to do something. Therefore hear it! Where are the people who said they would obey the living God? Where are those whose names were not in the “register” except that God enabled them to hear the Word of God and then blessed them to do His will? Yeshua, teach your people to do what they were told.

Africa, who is that? Africa is the place where many who said they would obey the living God, are now in the depths of HARLOTRY. That means this: they are now doing whatever they want. So hear this, "Who are these people who know that they should not obey the Western principles of harlotry?" Principles of harlotry? What are those?

These are the principles of a governmental system that does NOT recognise the truth about Yeshua ha Mashiach. Therefore hear this, there is a time in the earth when many will know that God is able to deliver many from the harlotry that is coming in the earth. There is a time that is coming, in that time, ten members of the government of harlotry are going to do whatever they want in this regard. They are going to give themselves to do something. They are going to make sure that whoever does not tell the "truth" of who they are, will not find favour in anything.

Who are you in this time? Are you a prophet? Or are you somebody who will not obey who you are?

Why is it that Christians are doing whatever they want?

If a man does not do what God intends for him, then he will not be able to do anything for which there is an opportunity to go forward. Africa is NOT going forward. Any nation that does not go forward is a nation that is still doing what harlotry demands of it. Harlotry is spiritual foolishness. Hear this! No nation that was built on harlotry is ever going to obey God. Therefore hear this again, "Africa is a continent where many are STILL in their sin." And that is the reason why Africa is STILL the way it is.

Blessed be the name of the Most High God who was, and is, and is to come. He knows where His people are. He knows many will not obey Him. In that case, consider, “Who are you in that you are telling us this?” Yahweh bless you.

I am somebody who knows that Africa is a continent of many proportions in the will of God. It is a continent full of hope. How? It must do what God willed. It therefore has to choose what it should. Africa must choose to obey God. It must therefore do this: it must obey that which God taught. God said, thou shalt not do what you desire in this manner: “Wisdom is the principal thing; therefore get wisdom: and with all thy getting get understanding” (Mishlei/Proverbs 4:7).

Who gave you that foolish nonsense that heathen men call EDUCATION? It is not education. It is the harlotry of their need to do something: eat favour of their witchcraft. Eat it, and you will eat much more. And then, you will become somebody who DOES NOT obey God. How come? It is because that education is evil. How come? It is. That is all. Eat much more and you will notice something. You will notice that your many women who would have been HARLOT-LIKE NOT, are now heathen. How come? It is because the spirit of the “education” is evil.

People of God! Do not go in for their education any longer! It is heathenism.

My will in this season God’s people are God’s property. Therefore hear it! Nobody who does the will of God is able to do whatever they want. Instead, they choose to do whatever Yeshua ha Mashiach taught them to be doing. Amen. That is this: if a man is able to teach women, then he will hear something, and he will also hear what Yeshua ha Mashiach taught the people. Believe me, Yeshua is the Son of God. He is.

Therefore, any man who does not obey Yeshua is NOT your brother. Observe. When men say they love God and then they DO NOT do the things which He said, that is an indication that nobody should do what they are doing. How come? Because in that choice that they have made, they are doing something different than what Yeshua commanded them to be doing. Hear this! Yeshua said, “I am the way, the truth, and the life: no man cometh unto the Father, but by me” (Yochanan/John 14:6).

Observe therefore, Yeshua is the Son of the living God. He does not do your will. He does what he wills according to the Father’s planned agenda. God will deliver many from the depths of hell according to their own choice to follow Him. Hear it! Nobody who wants to go to heaven is able to do what they will. They instead will choose whatever Yeshua ha Mashiach taught them. Therefore hear this again, nobody who wants to go to Yeshua ha Mashiach will ever eat the favour of witchcraft! Hear it again! Nobody who is able to teach the Word of God has to obey everything in their own will. Instead, God has to obey His will in teaching them to FOLLOW HIM. Amen.

Fear the living God Fear the living God! Amen. That is how many will enter heaven. This is to say that they will obey Yeshua ha Mashiach in terms of what Yeshua enabled them to see. This is the thing that he wants you to see. Amen. He needs you to see this. He needs you to see that many are the people who DO NOT know anything about Yeshua in terms of the Spirit of God. Many know him in terms of what Yeshua DID NOT say. In other words, they do not obey what he actually taught.

This is teaching: obedience to the Word of God. He taught you to obey Him in EVERYTHING. Nobody who wants to go to heaven, enables himself to do HIS OWN will. Therefore hear this, anybody who does the WILL of the Father, that is a man or woman who is able to do anything that the Father willingly does. But if they will not hear Him, that means they are NOT obedient. Hear it again! Fear God and live.

No man speaking by the Spirit of grace is able to obey anything else than what he was taught. So hear this too. I want you to know that Yeshua ha Mashiach is able to teach his generation of women about harlotry. They are able to do what they are supposed to, NOT outside of the household of faith, but rather as part of the inherent will of Yeshua ha Mashiach. Women note this, Yeshua told you to obey what is righteous. He told you the truth: DO NOT hear a man who does not obey God. In that, you will know the truth. Many are the men who did not do what Yeshua called them to do. Yahweh bless you. Amen (and so shall it be).