The Lost Of African Culture, Values And Morals: Reason For Africa’s Underdevelopment—Part 1 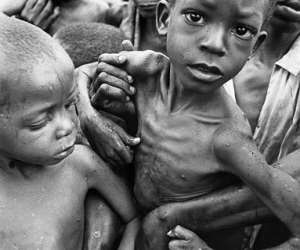 The slow pace and underdevelopment of the African Continent can be traced to the gradual degradation and loss of African values and morals. The so-called contemporary development called civilization, does not take place in a vacuum but in a society of people with cultural practices. It is therefore prudent to call this positive social change cultural civilization. And any developmental occurrence which is not in conformity with the basic components of societal cultural values are said to be in contrast with civilization.

Important to know that culture basically defines what human does with his/her immediate habitat. These could be abstract or tangible and it is only when these factors changes from we can determine what we called cultural civilization. If this change occurs in a way that conforms with the existing moral and value system that we consider it as development. But when the change affects the general values of society, then the reverse is the case.

We must note that values, norms and morals are universal assets which do not change easily. We may have specific values associated with some group of people, but these may solely be the material or visible culture such as food, clothering, housing, drumming and dancing, and art. The values and morals are abstract and invisible (non-material) such as respect, love, marriage, taboos, laws, hard work, kindness and worship.

These values and morals were the binding pillars of society and any form of societal development success depends largely on the values and norms. History tells us that civilization (development) started in Africa. Example is the Egyptian Civilization which saw the ancient Egypt man moving from gathering and hunting to planting and domestication of animals, the use of simple technology for irrigation along the river Nile, the discovery of alphabets, construction of Pyramids, and so much more. This civilization spread to others parts of Africa and the world.

Another uniqueness of the Africa society was the gift of goodness from God. Africa is blessed with several assets and values such as natural resources;- gold, diamond, fertile soil, timber, etc; human resources such as good leaders (Chiefs, family heads, clan heads, Kings, priests, etc); as well as non-material resources such as peace, security, good governance, brotherliness, good family ties such as the extended family and kindness.

Material and nonmaterial culture such as factors of production – the quality of land, capital and infrastructure resources, were very necessary for increase in productivity. In the past, organic manure were used for fertilizing the land annually, mulching, land rotation and shifting cultivation were practiced. The Europeans decided to erode our understanding of promoting good yield by introducing us to chemical fertilizers. Today, one cannot harvest a bucket of farm produce if non-organic fertilizer is not used. Our soils have been disfertilize and some areas become acidic. These chemicals are washed into our natural water bodies causing more harm to water life. Today, the same person who champions the use of chemical fertilizers in past is advocating for the use of organic manures. Food security is now a bigger challenge for Africans. Our leaders were very accountable to the subjects during annual festivals where foods are prepared and served to the whole public for promote unity and peaceful co-existence.

The political dimension of culture underpins development such as law and order, peace and security. In fact, Chiefs and elders were charged with responsibility of maintaining serene community. They were arbitrators and conflict resolution experts who solve social problems in a fair, just, truthful, and brotherly manner. Victims were duly compensated and culprits giving appropriate charges and punishment. The key objective of traditional peace and conflict management system was to maintenance and peaceful co-existence. Reconciliation and reunion were also important values to the governance process. We had nothing like law courts and prisons where victims and culprits and being disgraced before the public eye.

Religion and morality were very much important in the social order and social change process. The beliefs and witch craft, supernatural beings and ancestral spirits promoted very strong and healthy relationships and provide protection to the environment. For instance, in the Yoruba Cosmological system in Nigeria, the belief in the role of the Ogun and the god of Lightening and Thunder were paramount in controlling crime and corruption. The belief in witch-craft was important in the traditional healing and medication practices in the treatment of various ailments and diseases in African society. The beliefs also promoted good kinship and cordial interpersonal relations and respect for elderly, kindness and habit of sharing, compliance with social norms, taboos and totems, and control off deviant behaviours in the society.

Entertainment, self-expression, information sharing and emotional uplift were well adhere to and advance in various forms such as music and dance, drumming, singing, sculpture, painting and art. These play crucial part in shaping the development of societies in Africa. For example, the Nigerian movie industry has been ranked number one in the world because of its contribution to various aspect of the economy of Nigeria and their movies depicts their cultural assets, religious practices and social values.

In our traditional African societies, the social organizations and institutions play significant role in the progress of society. These include marriage, communal labour unions, cooperatives, women’s groups, outdoorings, and so on. These organs of the indigenous social groups provide avenue for networking, decision making, consultation, mobilization and platform for leadership development.

The feeling of self-esteem and identity promotes patriotism which is key to social orientation and development. In indigenous Africa societies, self-awareness and the feeling of one’s own values and capabilities, trust in one’s own resources, skills and means provides opportunity for definite thinking resulting to innovation.

In fact, we cannot undermine the role of traditional and indigenous medicines and treatment process in the overall development of African societies. In the past, traditional African healers use natural ingredients for treatment of ailments. The medicines were purely organic and every efficacious and had no chemical repercussions.

All these cultural items were the tenets of Africa civilization, until the Western elite came and colonized Africans and imposed their alien values on the captives. Popular among these colonial administrations were the British Indirect Rule and the French Policy of Assimilation. After independence of many colonies, the western elite begun to adopt another system called Neo-Colonialism through the formation of many multinational corporations and organizations. We will discuss these further in the part two of this article.