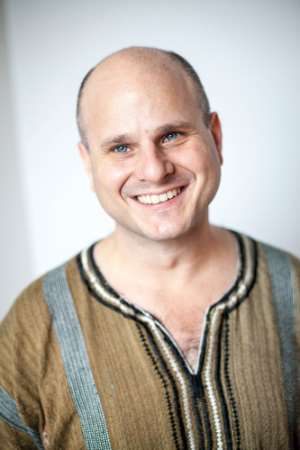 Professor Dean Karlan, the Founder of Innovations for Poverty Action (IPA), has asked policymakers to consider investing in the graduation approach to improve the lives of the ultra-poor sustainably

Tamale, July 9, GNA - Professor Dean Karlan, the Founder of Innovations for Poverty Action (IPA), has asked policymakers to consider investing in the graduation approach to improve the lives of the ultra-poor sustainably.

The graduation approach or GUP involve a multifaceted livelihood programme that provides women in ultra-poor households with a productive asset, training, regular coaching, access to savings, and consumption support.

It is said to lead to large and lasting impacts on the standard of living of the beneficiary households across a diverse set of contexts and implementing partners.

Prof Karlan made the call in Tamale when presenting results of a research, dubbed: 'Graduating from Ultra Poverty (GUP)' conducted by the IPA in the Northern and Upper East Regions.

The two-year research conducted from 2011 to 2013, involved a sample size of 2,606 women, in ultra-poor households in the two regions.

The research results dissemination event was attended by representatives from the Metropolitan, Municipal and District Assemblies, rural banks, civil society organizations and the media.

Some of the key results of the research included helping the ultra-poor to shift into more stable self-employment that increased their standard of living, ensuring broad and lasting economic impacts as households' consumption increased, and improvements in psychosocial well-being, women's empowerment, and some measure of improvement in physical health and political engagement.

Prof Karlan stated that evaluations of the graduation approach suggested that a 'big push' intervention caused broad improvements in key dimensions of economic and noneconomic well-being amongst the beneficiaries.

He said many of the effects were sustained even after assistance was withdrawn - most outcomes persisted one to two years after the programme ended, and some grew stronger over time.

Alhaji Limuna Mohammed-Muniru, Northern Regional Minister, whose speech was read on his behalf, said 'It is my hope that the kind of interventions being made by IPA should feed into the activities of NGOs that are engaged in implementing development programmes so that our collective efforts towards bridging poverty could be met in an efficient manner'.

Alhaji Mohammed-Muniru said government was implementing a number of social intervention programmes to alleviate poverty amongst the people and called on the beneficiary district assemblies to make good use of the results of the GUP research.

IPA is a non-profit organization dedicated to discovering what works to help the world's poor.