A Letter To The White House 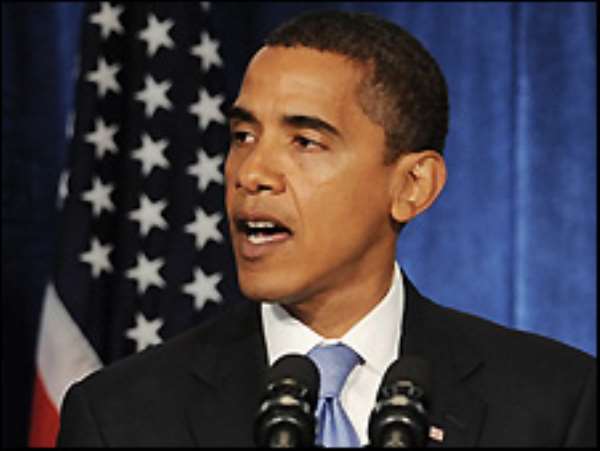 Mr. President,
I salute your Excellency. Let me go straight to the point, there is no need beating about the bush when I know you already know why a young boy in Africa should be writing to you on this sunny day. It all started when a young presidential aspirant lifted up his and to answer a question posed by his teacher in a classroom, the question was they should form a sentence with HIM or HER. The young boy said: this man is his husband and this woman is her wife.

The teacher got furiously rile and almost drove the young chap from the classroom, until one lady in the class lifted her hand to the rescue of the boy, she said ‘’ Madam please President Obama has legalised Gayism in America so what Musah said was right’’. The teacher was embarrassed though but that is the blatant truth.

Your Excellency, your constitutionally right but biblically erroneous act of implementing such sinful and demonic act in the name of human right has not only make you an enemy of change but you have also pave way for those blind participants to go through the gate of hell without struggle. Am not judging you Mr President but am only saying your actions are arrogantly a flaunting sinful behaviour in the face of almighty God. Because Per my understanding I think God created Adam and Eve not Adam and Steve.

Listening to your tape in 2004 when you were then the senator in Illinois, you said that you are not in advocacy of gay marriage. Also in your letter to your brother MalikAbongo dated 23rd July 1995 which was the most revealing piece of your political ambition. I remember vividly you said that you have agreed to join politics because you want to deal with some serious issues confronting the blacks. So my question is do you think the black race have a penchant for same sex marriage? Or what has really happen to your sanity per your confession in 2004 about how you disdained gayism?

What will be your reaction of your daughter comes home with another daughter of eve as a wife? If your dad had gone for another man as wife like your constitution proposes will you have been the president of America today?So if you are a product of a husband and wife, why then is this awkward act happening under your nose? Are you really the President or you have a greater than thou behind the scene whose decision you cannot traverse?

Mr. President I hope you have not let go of the fact that you got into office by swearing a holy bible. Well, in the same bible it is written in Leviticus 20:13 that when a man lies down with a male, the same when a woman lies with another woman, both of them have done detestable thing and should be put to death without fail. Their own blood is upon their head.It was upon this very scriptural reference that President Mugabe made his humble submission that Even the serpent in the garden of Eden chose to approach naked Eve instead of Adam. I have not lost sight of the fact that you have a law degree; I’m only bringing to your notice what the Lord has decreed.

I have also not forgotten that you are a good communicator but that is no much a reason why you should disregard your creator. Gone were the days, when a daily glimpse of the Holy One would found us subdue by His omnipresence, staggered by His Omnipotence, silenced by His Omniscience and solemnized by His Holiness but today we have a generation who are getting rid of the 10 commandment under your jurisdiction. We have a generation who have couched fornication as premarital sex and have tagged idolatry as after marital affair. Hmmmm, no wonder Japan has legalised idolatry if and only if it is for business purposes

Mr. President, I will end here but I just want you to take notice of the colossal hoax of sinful crevices in your presidency and stand as a rock in matters of principle like the County Clerk, Mrs. Linda Barnette who has served in Mississipi for 24 years resign her position than to flout God’s principles.You Are A President But God Is King