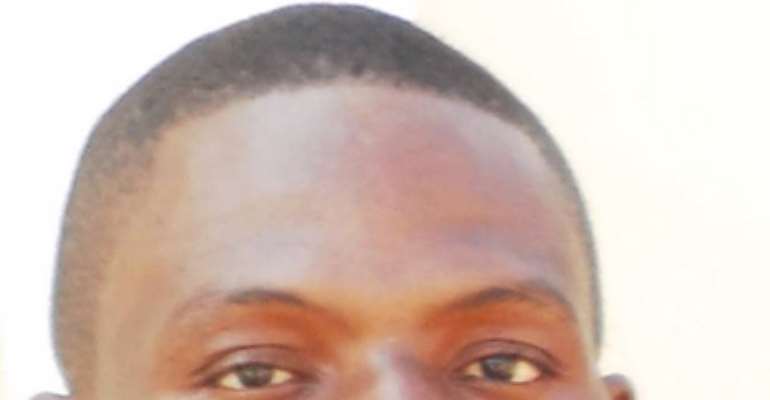 During the reign of King Saul of Israel, a Philistine warrior champion named Goliath, tormented, strutted and defied the army of God. The Philistine giant Goliath, defy the name of God for forty days- every morning and evening. Goliath was over nine feet tall, wore a bronze helmet and bronze coat of mail weighed 125 pounds.

One day, King Saul and his subordinates were terrified when Goliath threw a challenge to the Israelites that; if he wins the fight, all Israelites become his slaves and he also suffer the same judgments. The Israelites’ were afraid because they had no fighter full of the spirit of the lord, courage to stand the might of the giant Goliath and if possible defeat him. At the backdrop, God was preparing one of Jesse’s eight sons, a young boy shepherd called David to face Goliath.

God has fought for his people right from the days of Abraham, Isaac, Jacob, Moses, Joshua, and Samson of which David’s was not an exception.

How David Slew The Visible Goliath?
A giant in this context is anything that destructs and torments God’s people. For such a monster that has been a prickle in the flesh to disappear it may require the handy work of God. This was how David slew the visible Goliath [giant].

1. David acknowledged God; - “The lord who rescue me from the claws of the lion and the bear will rescue me from this Philistine! Saul finally consented, “Alright, go ahead, “he said, “And may the lord be with you”. 1 Samuel 17:37

When David heard about Goliath’s request, he confronted King Saul to grant him the permission to square off with Goliath. King Saul initially did not want to. Meanwhile, David the shepherd had three of his oldest brothers (Eliab, Abinadab, Shimea) in King Saul’s army. Later David made the above statements and King Saul gave him the go ahead. David who had no idea about Goliath acknowledged God his works in the past, present and even before the battle. He had a strong conviction God will save the situation and do it again despite all odds.

2. He testify the power of God to the people by believing in the five stone; verse 40 of that same chapter tells us “He picked five smooth stones from the

stream and put them into his shepherds’ staff and a sling, he started across to fight the Philistine”. For you to overcome the hurdles of life, you need to remember the things that God has done for you in the past, still doing and about to do by testifying or sharing such experiences with others.

3. The verse 45 of the same chapter says “David replied to the Philistine, (Goliath), “You come to me with sword, spear and javelin, but I come to you in the name of lord of heaven armies- the God of armies of Israel, whom you have defied”. In other words, David demonstrated faith in God. Dear brothers and sisters, no matter the Goliath in your life, let faith in the Lord direct and encourage you. The God, who saved you some time past, will surely do it again if your faith does not dwindle.

4. Employed the power of God to destroy Goliath. In verse 46a says “Today the Lord will conquer you, and I will kill you and cut off your head”. David allowed God’s power to edify him to overshadow that of giant Goliath. The moment came for the battle. David quickly runs to meet Goliath after the Philistine stepped forward. David reached his shepherd’s bag and took out a stone; he hurled it with his sling and hit Goliath on the forehead. The stone sank in, and Goliath stumbled and fell face down on the ground. David pulled out a sword and cut if his head to bring joy to God’s people.

5. David had a good reason for employing God’s power. This could be seen when in verse 46b says “And then I give the dead bodies of your men to the birds and wild animals, and the whole world will know that there’s a God in Israel”. David did it not for himself but for God and Israel. Beloved you must have a good reason for God to help you. Do you want God to help you in order to compete with others for fame or bragging rights?

NO! You need to have a genuine motive of wanting God to help you. David’s motive was for the Philistine and the world to know that God exists.

David was not arrogant and selfish before and after Goliath’s fall. He confided in the Lord to be able to slew the giant.

Ladies and gentlemen, take a few minutes to slay every Goliath (like poverty, barrenness, impotency, delayed marriages, joblessness, persistent illness, and depression and peculiar ones in your life) in the name of Jesus, Amen. You can say Amen again. God is always ready to save you and do it again and again if you recognize him in all situations. But always remember Jesus Christ is working for you.

Want To Be Born Again?
“But to all who believe him and accepted him, he gave the right to become children of God. They are reborn-not physically birth resulting from human passion or plan, but a birth that comes from God.” John 1:12-13

Having read this message, want to be born again? Say this prayer with faith; Heavenly father, from today I surrender myself to you. Forgive and cleanse me from all my sins. I invite you to take absolute control of my life. Beloved if you have prayed this prayer, you are born again and welcome to God’s family.

Developing Your Christian Life
1. Find a believing church to attend.
2. Study the word of God daily.
3. Enjoy the fellowship and workmanship of God
4. Practise the word of God
5. Have faith in the word
PRAYER
In the name of Jesus, I believe every single word that through Him I will slay every visible giant in my life. Surely you will save me and do it again and again, Amen.