How Corrosive Is The Acid Of The NPP? 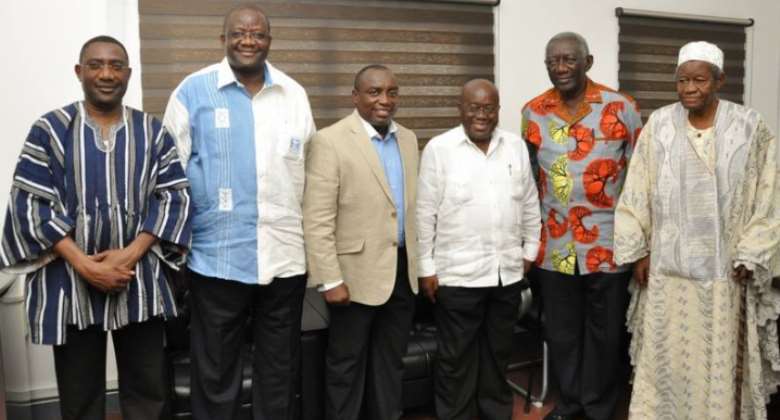 The NPP internal affairs that led to the murder of Mr. Adams Mahama has left many Ghanaians in a state of fear and anxiety. This barbaric political style is a draw back of our very hopeful democratic dispensation. This tragedy is as stingy as chameleon faeces which when soil you cannot be easily cleaned. This is the situation the NPP has found itself in. It will go down to memory lane as the most barbaric in recent political happenings.

If this situation is not carefully handled, it can cause a civil war in this country. Remember that, Upper East has a very volatile security situation over the years. It is therefore imperative that, political parties, civil society the clergy, TUC and all other stakeholders condemn this barbarism without fear or favour . No political party is more than this nation . The NDC has it's fair share. All these stakeholders have condemned the NDC government on even a cyclical problem called "dumsor" which is better than human killing. The truth is painful anyway.

Must we not condemn this political motivated murder of Mahama Adams? It is indeed understandable that, poeple are perhaps afraid of being attacked with acid should they criticise the NPP for this tragedic setback. Any way, let me risk and say that the NPP cannot fool Ghanaians all the time. The NPP has always denied it's violence posture in our local politics.

May be this one is the accumulation of all arears accrueing from the "all die be die", We will make this country ungovernable and other uncourth statements from their own backyard. The NPP has found itself in the shoes of an old blind woman who denies people from fetching her fire by always saying that "l did not set fire " she however does not realise that, the smoke of her fire can be seen from a far. By their deeds,we shall know them.

From where I stand now, the NPP in reality does not exist at all. It has collapsed and would need a long time with transformed leaders to rejuvenate. Even if a whole party chairman and secretary could not get near the funeral of the late Adams Mahama, how more talk of calming down the already heated nerves in the berieved family and the party at large ? The 2016 election is too close for any magic to be perfomed by the NPP. Any effort in that regards, would be like trying to climb a slippery slope. I am very careful on the issues leading to the murder because, we must not interfere in the ongoing investigation.

Regardless of whatever that comes out of the investigations, the NPP has scored an own goal that can never be equalised in our political landscape .

We must eschew politics characteriszed with greediness and self agrandisement and engage in politics of national progress in the spirit of unity and belongness.

We must take a step forward to instilling discipline into our soceity. This we can not do, if we do not consider our diversity as our strength. You and I must be of grave concern because the future is ours.

I don't recall we ever changing a leader in the middle of a ...
14 minutes ago